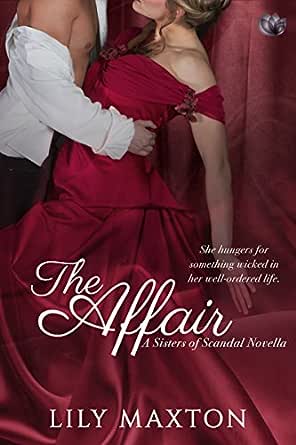 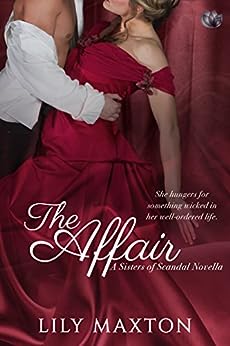 She was his for one week only...

When a beautiful stranger ducks into his bookshop during a rainstorm, Cale Cameron, well-known rake, is instantly attracted to her. Elizabeth, Lady Thornhill, is restless and hungers for something she cannot name. Society would never accept a countess and a mere bookseller, so they agree to a one week affair to indulge their desire.

As their passion ignites and their connection grows, Elizabeth threatens the one thing Cale has protected above all else - his heart. Letting her go is the only solution... and the one thing he is not prepared to do.

Kerry
5.0 out of 5 stars Worth a read
26 February 2017
Format: Kindle EditionVerified Purchase
I enjoyed this short story. The sparks flowing between the two main characters made it a definite page turner. I couldn't put it down!
Read more
Helpful
Comment Report abuse
See all 1 customer reviews
Write a customer review

J. P.
3.0 out of 5 stars Lovely novella! Definitely short, but characters were interesting and romance was intense/sweet
26 November 2016 - Published on Amazon.com
Format: Kindle EditionVerified Purchase
[Update: lowered rating to 3.5 stars after reading the following 2 novellas in the series—both of which I highly recommend!!!!]

Nice, quick read! Like most decent novellas, you can't help but wish it were longer, because it's over just way too fast. It is a particularly short novella, so yes, I agree it is somewhat hard to feel the connection, but I don't think I'm being overly generous in my 4-star rating, because it was an enjoyable read (though yes, would have been fantastic as a longer one!).

This is my second book by Lily Maxton—my first was the 5th book in this series, which is the first full novel (the rest are novellas), The Improper Bride, which was fantastic !! Highly recommend it (and from what I've seen with this book and know of the other, the order really doesn't matter.

SUMMARY. Elizabeth, Lady Thornhill, was widowed about a year ago, and so is just out of mourning. She's ready and happy to be able to live a regular life again. Her marriage was an unhappy one, with a somewhat cold and unkind husband who became increasingly so as time went by and she failed to become pregnant. (Age isn't specified, but they were married about 3 years).

After going to the dressmakers to order some new dresses that can now finally be made in color, she decides to walk around London for a bit instead of going straight home, and ends up being caught up in a rainstorm. She dashes into a nearby bookshop and runs into a man whom she shortly finds out is the proprietor of Cameron's Lending Library and Booksellers, Cale Cameron. Cale has a bit of a reputation, so Elizabeth is immediately put on guard once she realizes this, but she can't help but enjoy the playful banter between them and is intrigued by the attraction he clearly feels for her. Thus starts their flirtation, which quickly escalates to becoming more.

Cale, who has previously been a single-minded businessman, able to appreciate women, yes, but really mainly focused on his ventures, suddenly finds himself far more intrigued by a woman than he has ever been before. He is wary of this though, because having lost his family very young, he is careful to never become overly attached to people, and they are both somewhat dismayed as their relationship involves into something far beyond just "a little bit of fun."

THOUGHTS. As I said above, yes, it's definitely too short—something like 80 pages? The characters are well written though and do seem three-dimensional, probably more Elizabeth than Cale though; he does seem a bit cookie-cutter (the tortured hero who lost everyone and then determined never to get attached again, blah di blah di blah). Nevertheless, he's funny and charming, and the way he acts towards Elizabeth is very endearing. She was a really interesting character and there would definitely have been richness there to develop a longer story. Either way, I enjoyed it and heads-up, there's a lovely Epilogue to provide a truly fulfilling HEA!

NOTE. I abhor insta-lust books and don't normally like ones where they jump into bed quite quickly (at least not in my HRs), but that didn't mar my enjoyment here. Part of that may have to do with the fact that it's a novella, so I allow more easily for these things, not sure, but wanted to mention that in case others are equally turned off by that and think that they wouldn't enjoy the story because of that.

QUOTE. One of *several* quote-worthy moments:

Cale shoved his hands into his coat pockets, a defiant gesture that made him look more vulnerable than anything else. “He doesn’t make you laugh.”

She blinked, surprised he’d noticed. He’d only seen them together once. “No, not very often,” she agreed. “He’s rather serious.”

“You need someone who will make you laugh.” His voice was forceful.

Patty McKenna Van Hulle
4.0 out of 5 stars A HILARIOUS UTTER DECADENT INDULGENCE OF ROMANCE
12 October 2014 - Published on Amazon.com
Format: Kindle EditionVerified Purchase
Lady Elizabeth Thornhill is finally a widow, away from her depression home, but has made a huge error moving back under her scheming mother's roof. Cade Cameron is many things, like an owner of Cameron's Bookstore, started publishing many authors (his newest a scandalous courtesan) & a totally rake, rogue or if prefer BAD BOY! He doesn't deny it & when the London's rain pushes the sexy Elizabeth into his bookstore, he CRAVES her surrender. Elizabeth is all things proper, but Cade tickles & teases her hidden inner NAUGHTINESS! They affair is steamy secret, a utter decadent indulgence, Elizabeth's 1st screaming orgasm & the 1st light into Cade's hidden heart, but can a Countess & bookstore owner every be together? What about the new Earl of Thornhill arrival? How will her dysfunctional family screw it up?

Ms. Maxton does it again & made me HYPERVENTILATE, ROFL & scare my furry reading body with my full belly laughs. She writes with spicy scenes & hilariousness galore & I love some good steam & laughs! Elizabeth's sister, Anne & Olivia, are such characters with their own stories to tell. Anne with her unladylike wagering, Olivia head always in a gothic books & I can't wait to read Olivia's story next. Ms. Maxton has created so many "what did that Middleton's daughter say" moments with her absolutely fabulously fantastic Middleton sisters, with the "scheming for a higher title" mom & a dad who just want to read his paper in peace. There was a scandalous affair afoot, some helpful advice from the courtesan author & laughter aplenty, so Ms. Maxton gets my score of 4 fingers up & 9 toes & my only complaint was I wish it was longer!

Angie Mike
5.0 out of 5 stars A Short but Stunning Historical Romance
4 March 2016 - Published on Amazon.com
Format: Kindle EditionVerified Purchase
Wow! For a story estimated to be only 68 pages long, I cannot believe how much I enjoyed this! It was my first book by Ms. Maxton and how she wrote such well-rounded characters in so few pages is astounding. I loved the unlikely pairing of a widowed countess and a rakish bookshop owner, two people who overcome all odds to be together. Elizabeth was mature but amazingly enough innocent too, and Cale was all a man should be. Just a truly beautiful, passionate and heartfelt love story that brought tears to my eyes. The things Cale says to Elizabeth at the end, oh my gosh, simply breathtaking! Bravo to this author who wrote one of the best novellas I have ever had the pleasure of reading! Although short, this was a stunningly lovely romance that I would without a doubt recommend.
Read more
One person found this helpful

Airbecca8
4.0 out of 5 stars The hero gave the heroine a book :)
31 October 2017 - Published on Amazon.com
Format: Kindle EditionVerified Purchase
The Affair is a super short novella, but it packs a punch. This was my first sample of Lily Maxton's work and it definitely won't be my last!

I thought this story did a great job showing a meeting of minds, hearts, and bodies. I don't remember a ton of details now, except that I had a fuzzy feeling while reading it. It was a nice escape for a couple of hours when life gets busy. Plus, the hero gave the heroine a book as a gift :)

Recommended for lovers of novellas. The story moves quickly, but is still satisfying. I will definitely be continuing with the series.
Read more

None
5.0 out of 5 stars A delightful read!
16 March 2015 - Published on Amazon.com
Format: Kindle EditionVerified Purchase
A quick and easy read, and any romance that can put a slightly different twist on the story than 'all the rest' is to be enjoyed. No jolting misspellings, no discomforting errors in syntax or grammar, in short, a sweet story, where things wrap up nicely and everyone goes home satisfied. I will read this author again, she has been added to the list. Thank you for a nice read, and for sharing your delightful imagination, and hard work. I will be purchasing more of her books. They may be short, but that means more time for some of the much longer books. It all balances out. It did not seem like a short story, (68 pages in my day was a short story). I felt like I knew the characters, and was ENJOYING their silliness and seriousness. I enjoyed the book. Do not read it for hard core history, read it for fun. We all need a little light reading in our lives, so it might as well be GOOD light reading. And, for me, this was perfect.
Read more
Go to Amazon.com to see all 83 reviews 4.3 out of 5 stars
Get FREE delivery with Amazon Prime
Prime members enjoy FREE Delivery and exclusive access to movies, TV shows, music, Kindle e-books, Twitch Prime, and more.
> Get Started
Back to top
Get to Know Us
Make Money with Us
Let Us Help You
And don't forget:
© 1996-2020, Amazon.com, Inc. or its affiliates