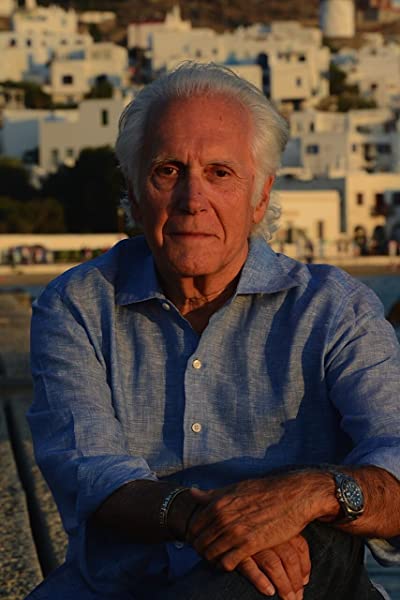 by Jeffrey Siger (Author)
4.4 out of 5 stars 50 ratings
See all formats and editions
Sorry, there was a problem loading this page. Try again.

"The ninth case for Siger's Greek detective (Santorini Caesars, 2016, etc.), brimming with suspense and a distinct sense of place, continues to deepen the back story of its band of heroes."--Kirkus Reviews

"Siger has taken a political issue in Greece, mixed in a heavy dose of Greek Culture and served up a delicious tale straight from the headlines that is almost as much travelogue as it is crime fiction."--Caryn St Clair "Reviewing the Evidence "

"This latest outing also offers a perspective on the Balkan Peninsula and the thorny issue of asylum seekers. A fast-paced international series."--Karen Keefe "Booklist "

Jeffrey Siger was born and raised in Pittsburgh, Pennsylvania, practiced law at a major Wall Street law firm, and later established his own New York City law firm where he continued as one of its name partners until giving it all up to write full-time among the people, life, and politics of his beloved Mykonos. The Mykonos Mob is the tenth novel in his internationally best-selling and award nominated Chief Inspector Andreas Kaldis series, following up on An Aegean April, Santorini Caesars, Devil in Delphi, Sons of Sparta, Mykonos After Midnight, Target: Tinos, Prey on Patmos, Assassins of Athens, and Murder in Mykonos. The New York Times described Jeffrey Siger's novels as thoughtful police procedurals set in picturesque but not untroubled Greek locales, and named him as Greece's thriller writer of record. The Greek Press called his work prophetic, Eurocrime described him as a very gifted American author...on a par with other American authors such as Joseph Wambaugh or Ed McBain, and the City of San Francisco awarded him its Certificate of Honor citing that his acclaimed books have not only explored modern Greek society and its ancient roots but have inspired political change in Greece. He now lives in Greece.
Start reading An Aegean April on your Kindle in under a minute.

Amazon Customer
5.0 out of 5 stars Lesvos is the key location
Reviewed in Australia on 9 December 2018
Verified Purchase
What a fantastic author who uses Greece to his advantage as a writer. Jeff keeps you hooked all the way
Read more
Helpful
Report abuse
See all reviews

Amazon Customer. jeffbrine.
4.0 out of 5 stars Another masterpiece from Jeffrey Siger continuing the career of Chief Inspector Kaldis.
Reviewed in the United Kingdom on 24 February 2020
Verified Purchase
A welcome return to Mykonos and the surrounding islands,in a very politically aware visit to the refugee problems of the Aegean . Despite Chief Inspector Kaldis 's many promotions he still insists on keeping his finger on the pulse at the local level . Mr Siger's knowledge of the political situation in Greece ,together with his obvious love of the islands and their people shows through at every turn.:-)
Read more
Report abuse

MRS E M FOSTER
5.0 out of 5 stars Good read
Reviewed in the United Kingdom on 15 June 2019
Verified Purchase
If you like Greece and murder mysteries you will love this
Read more
Report abuse

richard pitt
5.0 out of 5 stars another great read
Reviewed in the United Kingdom on 3 August 2018
Verified Purchase
If you have enjoyed this author before you will not be disappointed.As a lover of Greek islands I am transported to whichever island is being mentioned in the text.
Read more
Report abuse

Amazon Customer
5.0 out of 5 stars Five Stars
Reviewed in the United Kingdom on 17 June 2018
Verified Purchase
good book
Read more
Report abuse
See all reviews
Back to top
Get to Know Us
Make Money with Us
Let Us Help You
And don't forget:
© 1996-2021, Amazon.com, Inc. or its affiliates