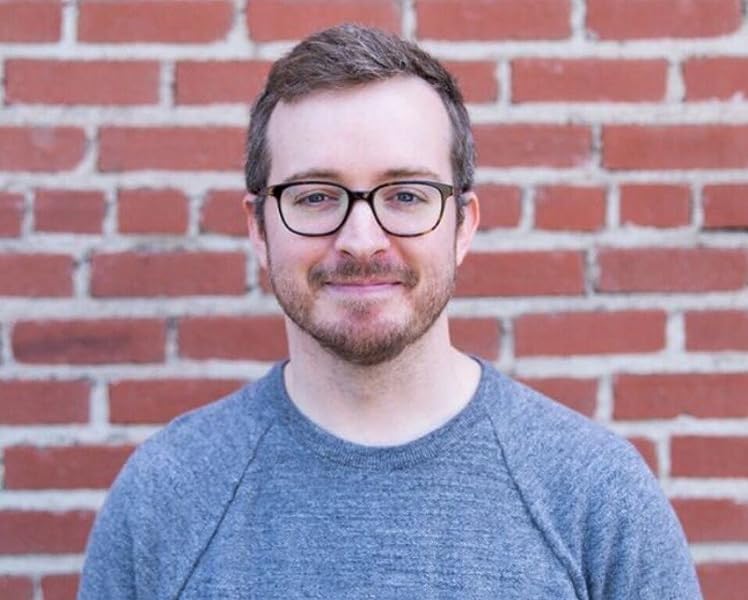 The third installment of The Adventure Zone series invites readers into a thrill-heavy, high-octane, Fast and Furious-inspired adventure. ...Overall, fans of the podcast will be extremely pleased with the progression of the story, and fans of the series alone will revel in the mystery to come.--Booklist, starred review

...Topping the New York Times best-seller list and building out its stories in fascinating new ways...it's become a cultural phenomenon. --Entertainment Weekly Full of charm and snark and wit. Join the party! --Felicia Day, author of Embrace Your Inner Weird

Meet the McElroys! Clint was born first, which recent studies have shown is the best procedure for fathers and sons; then came Justin, Travis, and, last but not least, Griffin. This hilarious family gained fame in the world of podcasts with <i>My Brother, My Brother and Me</i> (which spawned a popular tv show),<i> Sawbones</i>, <i>Shmanners</i>, <i>Rose Buddies</i>, and a farcical romp called <i>The Adventure Zone</i>. Carey Pietsch is a cartoonist based out of Brooklyn, New York. Her work includes drawing for <i>Lumberjanes </i>and the <i>Mages of Mystralia </i>webcomic. Carey also makes <i>Keepsakes </i>and other original comics about magic and empathy. Along with brightening her workdays, <i>The Adventure Zone</i> got her to join a D&D campaign. careydraws.tumblr.com

Meet the McElroys! Clint was born first, which recent studies have shown is the best procedure for fathers and sons; then came Justin, Travis, and, last but not least, Griffin. This hilarious family gained fame in the world of podcasts with My Brother, My Brother and Me (which spawned a popular tv show), Sawbones, Shmanners, Rose Buddies, and a farcical romp called The Adventure Zone.

Carey Pietsch is a cartoonist based out of Brooklyn, New York. Her work includes drawing for Lumberjanes and the Mages of Mystralia webcomic. Carey also makes Keepsakes and other original comics about magic and empathy. Along with brightening her workdays, The Adventure Zone got her to join a D&D campaign. careydraws.tumblr.com

Read more
Start reading The Adventure Zone: Petals to the Metal on your Kindle in under a minute.

5.0 out of 5 stars
5 out of 5
3,650 global ratings
How are ratings calculated?
To calculate the overall star rating and percentage breakdown by star, we don’t use a simple average. Instead, our system considers things like how recent a review is and if the reviewer bought the item on Amazon. It also analyses reviews to verify trustworthiness.

Liv
5.0 out of 5 stars This Magical Mad Max is Very Good
Reviewed in Australia on 26 September 2020
Verified Purchase
I didn’t think it was possible to take this truly insane arc and translate it to paper without losing the integrity of the story- but somehow they really did it, and it might be the best book of the series yet. The joy of seeing my favourite chaos girlfriends brought to life can’t be contained in a single review, so just get it for yourself and experience it first hand.
Read more
Helpful
Report abuse
See all reviews

PictoPirate
5.0 out of 5 stars Another Hit
Reviewed in the United Kingdom on 7 August 2020
Verified Purchase
The Adventure Zone: Petals to the Metal is the latest and greatest instalment in the graphic novel adaptation of the superb podcast The Adventure Zone. Our heroes Merle, Taako and Magnus are thrust into the cutthroat world of battlewagon racing in order to retrieve another mysterious artifact. There's action, comedy, love and even an inspiring speech that gave me goosebumps.

Podcast fans willbe delighted to see some of their favourite characters for the first time including
Captain Captain Bane and Garyl the spectral binicorn and once again Carey Pietsch does an amazing job bringing these characters to life. The artwork is superb throughout and well worth the price of admission on its own.

The whole thing is fantastic but the Hurley and Sloane arc was presented better here than even in the podcast and really made the heart of everything TAZ shine through.

Bonus points for again including a section at the back of the book to showcase some of the amazing fan art developed by the TAZ community. There really are some wickedly talented folks out there.

Mattruss
4.0 out of 5 stars Great book. Really late delivery.
Reviewed in the United Kingdom on 3 August 2020
Verified Purchase
Book is great. Fantastic art and possibly the funniest of the 3 books so far. The McElroys are hilarious and Carey has really upped the art again.

My only gripe is that I preordered this early this year. Hoping to get it near or on the release date. Nope. I had to wait 6 weeks after release day for it to even be dispatched. What’s the point in preorders if you aren’t going to order enough copies for what you’ve sold. You’ve had 6 months notice and you still screwed up. I’ll buy elsewhere next time.
Read more
One person found this helpful
Report abuse

Cat
5.0 out of 5 stars Fantastic
Reviewed in the United Kingdom on 10 May 2021
Verified Purchase
Another fantastic outing for the franchise. Fans of the original podcast and those who have read the previous books will find this new book hilarious, while also slowly revealing more of this world's secrets.

Anyone who is fond of the McElroys or just fancies a fun twist on the fantasy genre will adore this book. I highly recommend it.
Read more
Report abuse

Rodney
5.0 out of 5 stars Pleased with gift
Reviewed in the United Kingdom on 16 February 2021
Verified Purchase
Was Christmas gift
Read more
Report abuse

Josie Hilton
5.0 out of 5 stars Perfect!
Reviewed in the United Kingdom on 8 August 2020
Verified Purchase
It was wonderful. The McEleboys did it again
Read more
One person found this helpful
Report abuse
See all reviews
Back to top
Get to Know Us
Make Money with Us
Let Us Help You
And don't forget:
© 1996-2021, Amazon.com, Inc. or its affiliates