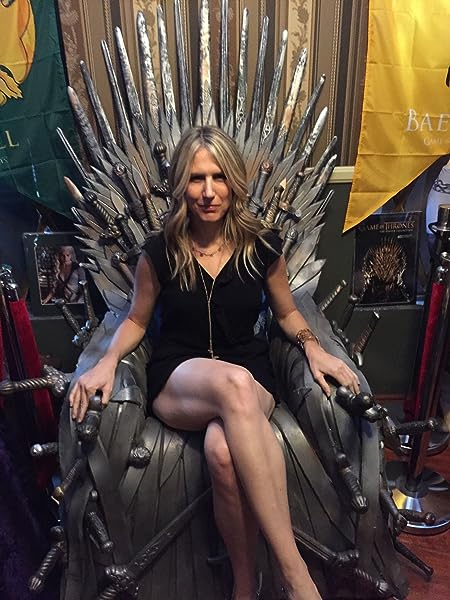 Across the Divide: 3 Paperback – Unabridged, 1 December 2015

by Stacey Marie Brown (Author)
4.6 out of 5 stars 268 ratings
See all formats and editions
Sorry, there was a problem loading this page. Try again.

Page 1 of 1 Start overPage 1 of 1
Previous page
Next page
Start reading Across The Divide (Collector Series Book 3) on your Kindle in under a minute.

4.6 out of 5 stars
4.6 out of 5
268 global ratings
How are ratings calculated?
To calculate the overall star rating and percentage breakdown by star, we don’t use a simple average. Instead, our system considers things like how recent a review is and if the reviewer bought the item on Amazon. It also analyses reviews to verify trustworthiness.

justtrees
4.0 out of 5 stars Amazing from start to finish!
Reviewed in Australia on 22 March 2017
Verified Purchase
Wow I just couldn't put this book down. I hated having to go to work every day because it meant I would have to wait until the evening until I could read it.

There's a lot of action and drama in this book. Some good little twists in the story line too which I didn't see coming - love it when this happens! I think i fell head over heels for Ryker in this book....I loved being able to read some chapters from his POV. I'm loving all the characters too, not just Zoey and Ryker. Croygen has really grown on me and I'd be so happy if the author ever did a book on his story.

I have the next book and can't wait to get started on it!
Read more
Helpful
Report abuse

Elgreigo
5.0 out of 5 stars Five Stars
Reviewed in Australia on 4 February 2016
Verified Purchase
Loved it, can't wait for the next one in the series.
Read more
Helpful
Report abuse

Andi
5.0 out of 5 stars Love it
Reviewed in Australia on 16 September 2017
Addicted to this series, part three was just as good as the other ones. Page turner from beginning to end.
Read more
Helpful
Report abuse
See all reviews

Nik
2.0 out of 5 stars Not as good as the other 2
Reviewed in the United Kingdom on 1 June 2016
Verified Purchase
£2.64 for 386 pages not worth it and I would disagree it has that many pages as it took me just under 3 hours to read it!

This one was the worst one out of the 3,so disappointed. The characters are all over the place, still not lovely any of them, do I actually know them? no.
When you have this many characters in a novel and believe me there are a lot, they are just characters, it needs to be more in depth about them in the previous novels first.
More stupid, thick mistakes by both the main characters. Characters who were slightly introduced in one of the previous novels come into the story line more and your like who?
All the way through this, your like why is she doing this move? doesn't make sense.
So much reception in this one and way too much descriptive words in unimportant areas, yet the characters don't get this.
By novel 3 I expect to have a love/hate with the main characters , yet the main characters I feel neither but I am starting to like 3 others, which doesn't make sense to me.
Shame but I won't be downloading the other novels in this series.

Don't get me wrong, I still stand by that this author has written about certain things that I have not seen in any other novel, I applaud this, as it's rare. Just lacks so much for me, which is a shame.
However, I seem to be on my own in this thinking, so will check out one of her other series just in case these are one off mistakes.
Read more
Report abuse

Rosalie
5.0 out of 5 stars Book three is full of pain, passion and promises.
Reviewed in the United Kingdom on 11 December 2015
Verified Purchase
The Collector Series is full of strong characters but in this installment they are all tested. By this point I am so attached to these characters I found their experiences genuinely hard to cope with, but considering the suffering they endure I think that's exactly how it should be, and it speaks volumes of Stacie Marie Brown's writing ability.
There are some beautifully tender moments in this book, some crazy hot ones too, but there are also plenty that will break your heart. It's a huge cliffhanger ending so I can't even promise that you'll be all warm and fuzzy by the end, but I can promise that it will be worth it.
Read more
3 people found this helpful
Report abuse

Rainbow Dash
4.0 out of 5 stars Right, next one please
Reviewed in the United Kingdom on 29 January 2016
Verified Purchase
This has been one of my favourite series to read over the past year. I've absolutely hated waiting for this book to be released. I read it on release day and I've just reread it.

The author has an amazing ability to get you really involved with the characters, her world building is just enough (ie not too much but not so barren) and she is very good at building tension. I loved the character of Rykey but am definitely also on Team Croygen!

Helen W
5.0 out of 5 stars An excellent series - well worth the money
Reviewed in the United Kingdom on 29 January 2016
Verified Purchase
Ok, so this is by far one of the best series of books I have read. Stacey Marie Brown has a knack for pulling you in and getting to know the characters. Loving the heroes and despising the villains. Wanting everything to work out right but knowing that deep down, can it really? (you will need tissues!) The books contain a lot of humour, wit, love, death and lots of hotness!!

I feel like I have been on an emotional roller coaster and it's not about to end soon. I cannot wait to read book 4 and eagerly await its release.

I don't want to spoil the book in any way but I urge you all to read it. It is a fantastic read.
Read more
One person found this helpful
Report abuse

LeanneC
4.0 out of 5 stars Loved this series
Reviewed in the United Kingdom on 8 August 2017
Verified Purchase
3.5 stars, just because for most of this book Ryker and Zoey were apart and i was disappointed because they are so cute together--in their deadly ways--and how they treat Sprig!

That ending is proper cliff-hanger too! How could it just end like that? But i have a feeling that book 4, Ryker will get his powers back and be able to save Zoey, so I'm off to start book 4, which thankfully I already have so i can jump straight in!
Read more
Report abuse
See all reviews
Back to top
Get to Know Us
Make Money with Us
Let Us Help You
And don't forget:
© 1996-2021, Amazon.com, Inc. or its affiliates