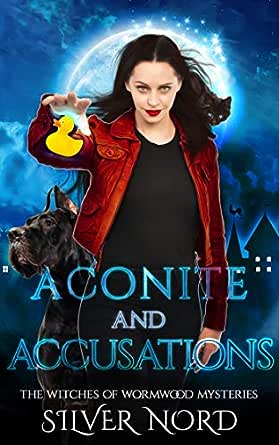 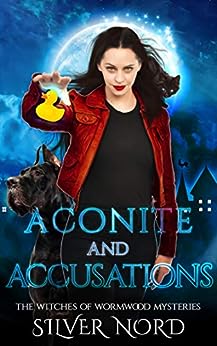 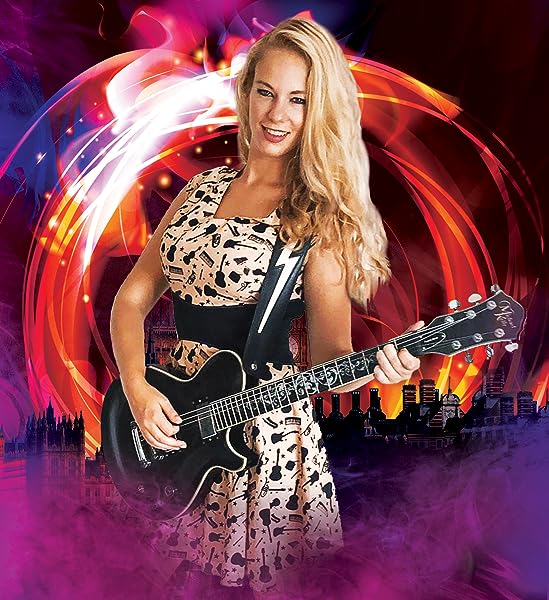 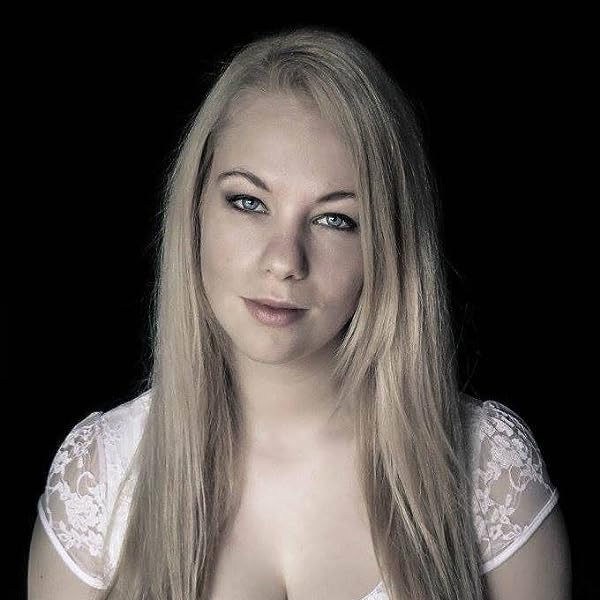 Cath McTernan
5.0 out of 5 stars The End of Wormwood and Its Magical Inhabitants Is Nigh !!!
Reviewed in the United Kingdom on 5 September 2019
Verified Purchase
This is book five of the Witches of Wormwood Mystery series and continues the tale with the descending darkness starting to come down upon Wormwood. The Mayor is drawing more and more tourists into the town, supposedly to help boost business for the town, but the more people drawn into the town, the more power the mayor gains from these people. All of this, from his deal with a devil! Hazel Salem is loving the boost to her small business, but not the effect it is having on the town itself. There is an ancient prophecy linked to this coming darkness and it seems as if the whole town will disappear on Midsummer’s Eve, unless Hazel and others can stop the Mayor and the monsters coming through the thinning holes all over.

Hazel has been trying to use her magic skills to close any holes she finds in the forest, but one day has the urge to follow the river, something all magical beings avoid, as this is part of the power source that keeps Wormwood out of the public eye and stops the house prices rising like the surrounding towns. Unless you have a purpose to visit Wormwood, this shield just diverts you to a road that goes around the town. Down by the river, Hazel is pulled to a certain area, where she finds a dead body, but not of anyone from the town that she recognises! She calls in the local police officer, Detective Sean Admiral, who takes ages to arrive. He ends up arriving by foot, as something has stopped him from reaching Hazel’s location any other way. The shield around the town is getting stronger and stronger. It is letting in tourists, but not many others.

The victim is male and has multiple stabs wounds in his back, but also a few bits of a plant in his front pocket, which Hazel recognizes as from a poisonous plant. How did this stranger end up in the river? And why are other unusual people coming into town, such as a trio of ghost hunters and an armed gang? Some magical and other non-magical, so why have they been let in, when the detective and his forensic team had to walk in? We also have the secret of Hazel’s father and his actual identity, something her aunts have been keeping from her and which her mother never told her about, before her death. In this episode, we get closer to finding out who he is.

Another problem for Hazel and her aunts is the head of the Witches Council, out to get a secret from them, and it has to do with Hazel’s father and something he invented. Hazel also has to contend with another’s attention on Detective Admiral, when her own feelings for him had been becoming more involved. His ability to suddenly fall for the attention of this other woman and ignore Hazel’s denial of her aunt’s guilt, or any other facts against the victim’s wife, this other woman, Amber Leroux. Amber is definitely magical and she and her friends are not in Wormwood for any good purpose as you will find out as you read the book.

This book has a lot more going on than usual, yes, there’s a dead body and the mystery of who killed the victim, for Hazel to help solve, but there is also the possible annihilation of Wormwood and everyone in it, to contend with. Hazel’s coven members are split between even believing Hazel and her tales of what is to come, to outright defiance and wanting a new visitor, Amber Leroux, to take over the coven instead of Hazel. Jessie is back in this one as well and has to take a bit of blame for what has been happening. Hemlock, Hedge, a new troublesome kitten and of course Jessie’s hellhound who prefers to stay with Hazel, are all in the book and add to all the chaos and mystery going-on.

Another great read with more mystery and evil to be defeated than normal and old secrets to be revealed. Hazel’s aunts and her pets have a big part in this one as well, with an unexpected addition to the family as well. Trying to find something to defeat the Mayor, as he continues to get stronger, is the main stumbling block in saving the town and its occupants as well as all the tourists he is drawing into town. Hazel is not strong enough and neither is anyone else she knows. But Hazel won’t give up without a fight and has no intention of leaving Wormwood, which has now become her home once again and all she has there.

There is plenty on her plate and this book has her plate overflowing with problems and chaos! Each book in the series just gets better and better. There is always something happening in Wormwood and Hazel always ends up in the midst of it all! This has been a pleasure of a series to read and whilst each book is like a separate episode in the series, I love to know the backstory of the characters, when I am reading a series and so prefer to read in order. But there is nothing stopping people from reading each book alone, or in any order. I look forward to whatever the author can come up with next to out-do this book!!! I received an ARC copy of this book from the author and I have freely given my own opinion of the book above.
Read more
Report abuse

S. J. Foulkes
5.0 out of 5 stars Best book in the series so far
Reviewed in the United Kingdom on 6 September 2019
Verified Purchase
This was a lovely, easy read, with lots of action, a good dose of humour, surprises galore, and characters that I've come to love.

Saying any more would spoil the plot, but I do think this is the best book in the series so far.
Read more
One person found this helpful
Report abuse

Sandee L
5.0 out of 5 stars Action, humour, witches, monsters, gods and mortals
Reviewed in Canada on 21 September 2019
Verified Purchase
The best so far in this series. Witches, monsters, gods and mortals. This series continues to engage and provide lots of action and humour. Hazel takes on an apocalypse encouraged by the gods along with a murder to solve with her favourite detective.
Read more
Report abuse

I love the characters: Hazel, Minerva, Linda, Heather, our dear detective, Erebius, and especially Hemlock! Hemlock is my favorite as he is such a CAT! As Hazel's familiar, he is helpful only if there is something in it for him... and now he has a protege! Hmmm....

There is a lot happening to keep you wondering what will happen next. It's an exciting and fun story to read as there is plenty of humor besides all the action, backstabbing (literally and figuratively), humor, suspense, and perhaps a splash of romance thrown in for good measure.

I truly love this series and the way Ruby Loren has presented this to us. I do hope there is more as I love the quirky characters and the quaint town! Enjoy the ride!
Read more
Report abuse
See all reviews
Get FREE delivery with Amazon Prime
Prime members enjoy FREE Delivery and exclusive access to movies, TV shows, music, Kindle e-books, Twitch Prime, and more.
> Get Started
Back to top
Get to Know Us
Make Money with Us
Let Us Help You
And don't forget:
© 1996-2021, Amazon.com, Inc. or its affiliates