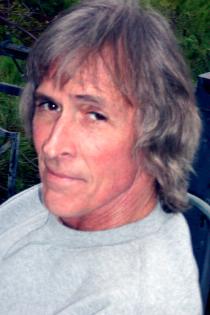 Accustomed to the Dark: A Joshua Croft Mystery Paperback – 15 April 2004

"This is PI writing at some of its best." "An interesting and page-turning story filled with wit, excitement and reflection." "Satterthwait's vivid and engaging prose allows and invites us to share Joshua's journey, even as it intersects with others. . . a superb addition to a classic series" ""Accustomed to the Dark" is a good read. Satterthwait continues to be an intelligent poetic writer. If you want to be a knowledgeable Southwest literature aficionado, you really have to get to know his work." "Santa Fe writer Walter Satterthwait is a masterful storyteller. . .his witing is distinctly his own, and engagingly so. . . For mystery fans, particularly those intrigued by the revenge motif, this is one book not to be missed."

Walter Satterthwait resides in Santa Fe, loves to ride his motorcyle, and writes mysteries that have an international audience. In addition to the Joshua Croft series, he has written the historical mysteries.

Robin Wolfson
5.0 out of 5 stars Tight, droll, relentless, delicious
Reviewed in the United States on 29 April 2012
Verified Purchase
What makes a great mystery? Cohesion. That is, the plot must turn around itself without needless digressions or misdirection. Note the use of "needless." Some misdirection is necessary, simply for the purposes of mystery. But, in a really good mystery, any misdirection serves to clarify the mystery, one step at a time. In the case of Accustomed to the Dark, Walter Satterthwait has created a plot that whirls around itself like a tornado. And every discovery leads back to the beginning.

And what a beginning it is. In this book, Satterthwait finally reveals to us the back-story of his main characters, Joshua Croft and Rita Mondragón, how Croft came to work for the Mondragón agency, what happened to the mysterious Mr. Mondragón, and how his wife ended up in a wheelchair. Interestingly, this is not the first novel in the Joshua Croft saga, but rather comes nearly ten years after Satterthwait began the series. So by now his faithful readers are desperately eager to know how this whole state of affairs came about in the first place. In fact, the vengeance quest in Accustomed to the Dark actually revolves around two crimes which turn out to be inextricably related. In a careful play between past and present, the author gradually reveals how the present-day crime relates to a crime six years earlier, and does so with style and wit.

I'm not going to tell you what the crimes are or how all the relationships play out. In the course of the story, Satterthwait introduces us to characters that appear in both earlier and later stories, and we get to see how each one of them entered our hero's life six years earlier. This has to be one of the most tightly plotted mysteries I've ever read and, believe me, that's a lot of mysteries. As a result of the sheer relentlessness of the plot, the book is hard to put down; Satterthwait doles out revelations at a fairly furious clip.

Satterthwait's writing style really soars in this book. The story is full of vividly drawn characters -- both sane and psychotic -- and more than a little of the author's dry wit. My favorite quotes:

"On the lush grass before the house stood two white statues of storks, and I was just thinking that they were a bit hokey when the statues lifted their wings in slow motion and magically rose off the ground to sail slowly up between the trees and vanish."

"I passed a large painted mural that displayed the huge faces of women peering out from beyond banana fronds. The faces were stylized and impossibly beautiful, the faces of what a friend once called `feral women' -- abandoned at birth and raised by fashion photographers."

Hard to beat style like that. I'm now totally hooked on the Joshua Croft series; I even think I'm actually up to date on all the books in the series and am eagerly awaiting the next one. If you like tight, dry, witty, and concise, Accustomed to the Dark is highly recommended. But set aside some time: you won't want to put it down.
Read more
Report abuse
See all reviews
Back to top
Get to Know Us
Make Money with Us
Let Us Help You
And don't forget:
© 1996-2021, Amazon.com, Inc. or its affiliates