According to Yes and over 1.5 million other books are available for Amazon Kindle . Learn more
Share <Embed> 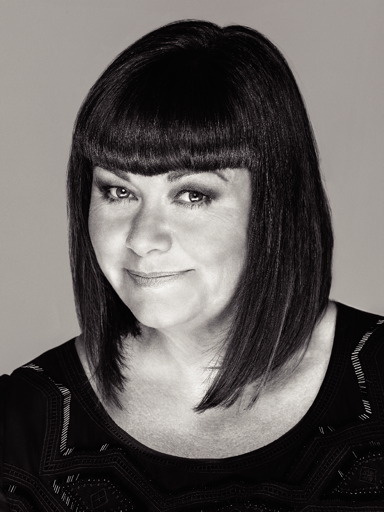 Page 1 of 1 Start overPage 1 of 1
Previous page
Next page
Start reading According to Yes on your Kindle in under a minute.

I adored According to YES. It's so different to anything I've read in forever, so charming, wise, brilliantly written. I loved it all (Marian Keyes)

French can spin a yarn . . . which sets According to YES apart from the usual chick-lit template. Think the vicar of Dibley, without the dog collar. YES YES YES indeed (Independent)

There is lots of fun to be had reading this book. It's impossible not to warm to Rosie, a funny and open-hearted woman who acts as a salve and comfort blanket for this unhappy, inhibited family. There's something quite joyous about the way she unashamedly romps her way through the novel, changing the lives of those around her for the better (Express)

An enlightening and feel-good read offering a fresh look at life and how to embrace it. Funny and enjoyable to the end (We Love This Book)

French acknowledges in all of this that her happiness is not just chance. There has also been a significant change of attitude to her life. It's why she's called her new book According to Yes, and she writes of the main character Rosie: 'She is the person who, a couple of weeks ago, said no to all the even keel, and yes to grabbing life by the throat, yes to jumping off the edge, yes to what the hell's it going to be like? Yes to being afraid. YES, YES, YES, PLEASE!' (The Times)

A fantastic slam-dunk page-turner. Funny, enriching . . . page after page I laughed out loud (Mail on Sunday (on 'A Tiny Bit Marvellous'))

Side-splitting, darkly humorous. It will make you laugh with delight (Heat (on 'Oh Dear Silvia'))

Dawn French has been making people laugh for thirty years. On purpose. As a writer, comedian and actor, she has appeared in some of Britain's most long-running, cherished and celebrated shows, including French and Saunders, The Comic Strip Presents . . . , Murder Most Horrid, The Vicar of Dibley, Jam and Jerusalem, Lark Rise to Candleford and, more recently, Roger and Val Have Just Got In.

Her number-one bestselling memoir, Dear Fatty, was published to critical acclaim in 2008. A Tiny Bit Marvellous, her first novel, was a great success, going straight to number one and selling over half a million copies. Oh Dear Silvia is her second novel.

UK comedy star Dawn French is a judge for the 2013 series of Australia's Got Talent on the Nine Network.

4.2 out of 5 stars
4.2 out of 5
925 global ratings
How are ratings calculated?
To calculate the overall star rating and percentage breakdown by star, we don’t use a simple average. Instead, our system considers things like how recent a review is and if the reviewer bought the item on Amazon. It also analyses reviews to verify trustworthiness.

Zermatt
5.0 out of 5 stars Loved this book
Reviewed in Australia on 22 January 2016
Verified Purchase
Truly a most unique and enlightening read, funny and sensitive. Highly recommended, Rosie is an amazing lady and the New York setting really adds to the story.
Read more
One person found this helpful
Helpful
Report abuse

Amazon Customer
5.0 out of 5 stars Fabulous
Reviewed in Australia on 22 December 2016
Verified Purchase
I really enjoyed this book. So many life truths and lessons brought out in the vulnerable portraits of the characters. I think that every reader would be touched by the gentleness of the lessons.
Read more
Helpful
Report abuse

Deborah Fowler
2.0 out of 5 stars Weak and unlikely storyline
Reviewed in Australia on 17 February 2018
Verified Purchase
A weak storyline and I expected a lot more. Aeroplane reading. Light and can be knocked off quickly.
Read more
Helpful
Report abuse

K Smith
1.0 out of 5 stars Embarrassing!
Reviewed in the United Kingdom on 9 December 2016
Verified Purchase
The one and only good thing I can say about this book is that it might be fun for our book club to take a vote on 'what was the lowest point?' Could it be that the main character was supposed to be cast as a likeable saviour of staid and dysfunctional family whist having unprotected sex with all the men and boys in a family? I was surprised that she didn't also shag Natalie and Eva who were madly impressed with her, despite her questionable nannying. Yes, I would expect getting drunk with an 18 year old and then taking his virginity while babysitting his younger brothers who are in a tent on the roof garden of a high rise apartment a bit dodgt. There should at least be some proper storyline which envelopes such ghastly stuff. Sadly, I came away with the slightly embarrassing feeling that Dawn French doesn't view assault, attempted rape, STDs, family-wrecking and unattended kids undertaking dangerous stunts anything serious at all. When we do these things everything always ends up happily ever after! Almost every page had a cringe. Vicar of Dibley it most certainly is not.
Read more
26 people found this helpful
Report abuse

Boingboing
2.0 out of 5 stars According to me? It's a No.
Reviewed in the United Kingdom on 2 December 2016
Verified Purchase
It's all just a bit too silly for my liking. There's a deeper past hinted at in the opening pages that turns out to be a bit of a dead end. There's a pretty much unbelievable 'foreign woman walks in off the street into a nannying job in a palatial apartment and then shags everybody in sight' plot line. And underneath it all, there's a 'jolly chubby girl holds up a mirror to a dysfunctional family and helps them all to become better, nicer people' theme and makes a roof garden (that surely the residents committee would NEVER have allowed). This is not Mary Poppins but it's just as silly as if it was.

Throw in a lot of teaching kids to swear (not big, not clever), VERY odd slang and West Country-isms, and a highly sophisticated elderly New York wealthy lady who thinks 'Looe' sounds like a toilet (but surely that type of 'lady' doesn't pee or poop and certainly doesn't talk about 'lavatories' in public) and this is a book that takes quite a lot of suspension of belief and is a drag to get through.

S. J. Porsz
1.0 out of 5 stars I doubt this would have been published if it weren't by Dawn French
Reviewed in the United Kingdom on 10 September 2016
Verified Purchase
We chose this for our bookclub based on positive reviews we had seen on Richard and Judy but unanimously agreed it was a big mistake! Not only does it feel as though it was not edited at all (perhaps the editor was intimidated by Dawn French's celebrity?) but the plot line is ridiculous and poorly executed. It involves lots of big issues but with no reflection on the magnitude of them (rape scene in particular). We were looking for something funny which is why we went for this but we could not have been more wrong. Even the overarching concept of saying yes to everything was patchy and felt a bit like it had been added at the end to help explain the protagonist's extremely poor life choices and total disregard for consequences. Do not buy if you expect something well-written or funny.
Read more
18 people found this helpful
Report abuse

Lynsey
5.0 out of 5 stars Another personable, bubbly character introduced by Dawn French
Reviewed in the United Kingdom on 17 March 2018
Verified Purchase
Ok, so the main character Rosie is a bit promiscuous, and makes some pretty awkward and cringeworthy decisions, but surely that's going to happen when you make a conscious decision to say "Yes" to all the opportunities that life throws at you, which she fully intends to, straight from the off. As I read the book, I almost imagined Dawn as Rosie, as she seemed like such a personable, friendly character. While the situations she finds herself in seem to be somewhat ridiculous, you can also see how it is possible something like that could happen? Maybe? Even if not, you can almost feel the fear and the dread yourself when it all seems as though the secrets are all going to come out.... I won't spoil anything, you will have to give it a read!

I love all of Dawn French's books, and According to Yes is no different. I will definitely read it again in years to come.
Read more
Report abuse

A. E. Clark
5.0 out of 5 stars Out of the ordinary
Reviewed in the United Kingdom on 30 December 2018
Verified Purchase
This book was hard going at first but I'm glad I persevered. Rosie is an extraordinary person who goes to New York to help with two young boys whose parents are going through a messy divorce. They have temporarily moved into their grandparents house where many surprises, twists and turns in the story await the unsuspecting reader.
I thought the author was trying too hard setting the scene in the first few chapters but once she relaxed and got into the flow of the story it really flowed.
Certainly not your run of the mill book !!
Read more
Report abuse
See all reviews
Get FREE delivery with Amazon Prime
Prime members enjoy FREE Delivery and exclusive access to movies, TV shows, music, Kindle e-books, Twitch Prime, and more.
> Get Started
Back to top
Get to Know Us
Make Money with Us
Let Us Help You
And don't forget:
© 1996-2020, Amazon.com, Inc. or its affiliates