Accidents Happen and over 1.5 million other books are available for Amazon Kindle . Learn more
Share <Embed> 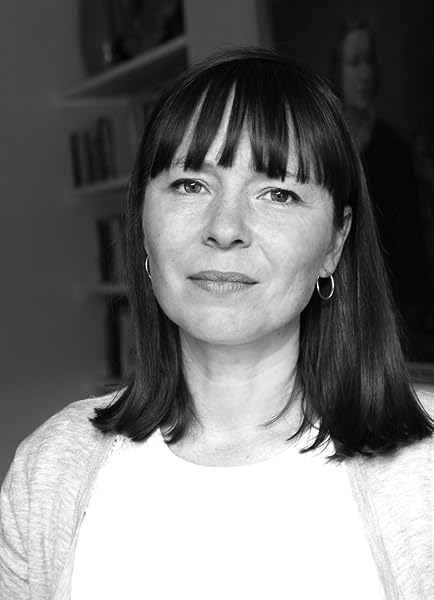 Start reading Accidents Happen on your Kindle in under a minute.

A deliciously disturbing read, with paranoia seeping from every page.--Alex Marwood

As Millarmakes truth elusive and builds suspense, she is establishing herself in the toptier of writers of psychological thrillers.--Lisa Jewell "Booklist (starred review)"

Louise Millar's Accidents Happen is everything I hope forin a suspenseful read - chilling, complex and intense. Millar's riveting novel, with its frightening premise and twists and turns kept me frantically turningpages late into the night.--Heather Gudenkauf "New York Times bestselling author of The Weight of Silence"

"Taut, chilling and utterly brilliant- my thriller of the year."--Lisa Jewell

Louise Millar began her journalism career in various music and film magazines and spent seven years at Marie Claire as senior editor and contributing editor. She has written for Mojo, Marie Claire, Red, Psychologies, The Independent, Glamour, and The Guardian, among others. She lives in London with her husband and daughters.

4.1 out of 5 stars
4.1 out of 5
93 global ratings
How are ratings calculated?
To calculate the overall star rating and percentage breakdown by star, we don’t use a simple average. Instead, our system considers things like how recent a review is and if the reviewer bought the item on Amazon. It also analyses reviews to verify trustworthiness.

Helena Halme Author
4.0 out of 5 stars Sometimes we all feel we're cursed...
Reviewed in the United Kingdom on 25 October 2013
Verified Purchase
This is a second novel by a local North London writer, Louise Millar which I've read and loved. Her first, The Playdate, was a story of a mother's very modern nightmare - who can you trust to look after your children? Scary to say the least.

Accidents Happen is an equally disturbing tale about Kate, who after the sudden death of her parents, followed by the loss of her husband in a violent attack, believes she is cursed.

After being widowed Kate and her son Jack move away from London and settle in Oxford, to be near Kate's in-laws. But her late husband's parents see Kate as an overreacting, paranoid mother who can't look after their grandson. Even Saskia, Kate's sister-in-law and former confidante, is turning into an enemy rather than a friend.

While Kate spends her days studying statistics of bike accidents or disasters occurring to children at school, she meets a handsome American professor, Jago, who takes upon himself to 'cure' Kate of her paranoia. Slowly Kate begins to relax and believes that she and Jack may be normal and safe after all.

But why do things keep moving around in Jack's bedroom at night?

And why is the Nordic neighbour, Magnus, taking such and interest in Kate and Jack?

This tightly knit tale of a single mother's struggle to survive, to keep her son safe from the dangers lurking in the outside world, is very well executed. Kate is a likeable, strong character, while also being vulnerable - a combination which keeps the reader's interest piqued all through the story.

If you haven't yet read Louise Millar, the new dame of the domestic thriller genre, I urge you to try The Playdate and Accidents Happen.
Read more
Report abuse

NJL1974
3.0 out of 5 stars Thriller with genuine menace
Reviewed in the United Kingdom on 5 November 2014
Verified Purchase
A woman reacts to a series of hideous events in her life by arming herself with statistics and extrapolating them as a basis on which to live her life, to the horror of her son and family. She meets her ideal man, who attempts to 'cure' her while establishing himself as dream boyfriend material.

This gets better as it goes on. I found it very hard to warm to the central character over the first half of the book, but there is genuine peril established, especially in the elements that involve home invasions. It does suffer slightly from the hackneyed plot device of family members dismissing legitimate events as paranoia, with the result that the central character becomes isolated and is removed from the types of safety net that would exist in reality.

There is a sense of the ITV drama mini-series going on here, right down to the 'rational' explanation which emerges from the characters' past, but it is better than most in this sphere.
Read more
Report abuse

Lellie
3.0 out of 5 stars Bonkers
Reviewed in the United Kingdom on 18 October 2015
Verified Purchase
A completely ridiculous story that romped along at a fair old pace making it very readable.
I really coudn't suspend enough disbelief to allow myself to be sucked into plot, however I did quite enjoy it.
A couple of things jarred. I doubt that anyone suffering such a deep seated neuroses as Kate could recover as quickly as she did.
Also at around the halfway point a lot of the characters seemed to undergo a complete change of character and personality which was odd.
I iked Jack and loved the way the author wrote about him. She really got nicely into his head. I felt very sorry for him being surrounded by such a bunch of loonies. I was also intensely irritated by the way Saskia kept calling him Snores.A silly and unnecessary affectation .
On the whole though an enjoyable bit of nonesense.
Read more
Report abuse

Cleopatra
5.0 out of 5 stars Kate's lessons on keeping safe
Reviewed in the United Kingdom on 30 April 2013
Verified Purchase
Wow this is a real psychological thriller! Set in Oxford Kate, mother to Jack is struggling with anxiety searching out statistics to make their lives safer. In short she has suffered so much bad luck that she believes she is cursed. Kate's mother and father-in-law, Helen and Richard along with their daughter Saskia are keen to help her out but tensions are rising as they become desperately concerned for Jacks well-being.

At first I found the endless labouring of Kate's anxiety a little off-putting and did wonder if this book was going to live up to  The Playdate  or whether it was going to be a simple story about an over cautious mother. I needn't have worried, this is a complex, well plotted, unusual take on psychological terror. The relationships between the characters are considered and accurate, particularly between Jack, wavering between wanting to be a child and longing to be allowed to grow up and stretch his wings, and his mother with her overriding concerns.

The atmosphere in this book progressively darkens until I found myself racing towards the ending; an ending that is perfect.
Read more
Report abuse

Maitacap
4.0 out of 5 stars Suspend disbelief
Reviewed in the United Kingdom on 18 June 2014
Verified Purchase
Although the ending lets it down in my opinion, the book is fast paced and the main character interesting in her quirks and faults. The mental illness theme is handled expertly and without sentimentality, giving readers the chance to make up their own mind. And whereas at times it is difficult not to scream at the page in frustration, I found it quite easy to warm to Catherine and her desperate attempts to fight incredibly unfavourable odds and salvage her relationship with her son. Ending is disappointing and far fetched but, unlike other books, it did not spoil it for me.
Read more
Report abuse
See all reviews
Back to top
Get to Know Us
Make Money with Us
Let Us Help You
And don't forget:
© 1996-2021, Amazon.com, Inc. or its affiliates