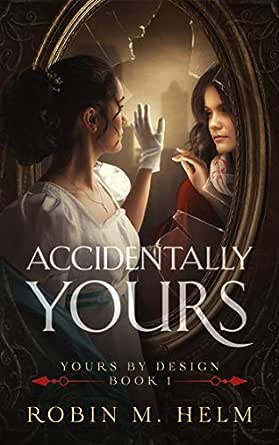 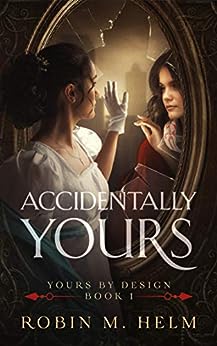 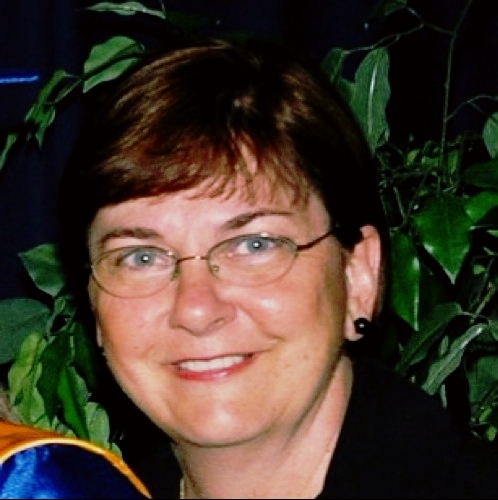 Accidentally Yours: Yours by Design, Book 1 Kindle Edition

Two worlds . . .
Two centuries . . .
Two men who love the same woman . . .
Two prayers fervent enough to shift time . . .
Endless questions and possibilities . . .
What would a man give for a second chance at love?
What would he sacrifice to keep it?
What if the proud, arrogant Fitzwilliam Darcy of Jane Austen's Pride and Prejudice never changed after his disastrous proposal to Elizabeth Bennet at Hunsford? What if the humbled man who successfully courted her was not the same Mr. Darcy?

In Accidentally Yours, Book 1 of the Yours by Design Christian fantasy romance series, worlds collide and time shifts when two men fall in love with the same woman.

Reader Diana Oaks said, "Reading this is a bit like eating something that mixes sweet and bitter - like French Vanilla Ice Cream with a bitter Dark Chocolate topping. I'm enjoying both, but the intermingling of the two does interesting things in the palette of my mind."

Robin Mills Helm is the author of a modern Christian fantasy fiction series, The Guardian Trilogy, which includes Guardian, SoulFire, and Legacy. She is presently writing the Yours by Design series, a Regency/Modern Romance with a paranormal element. Accidentally Yours is the first book in that series. Sincerely Yours, the second book, will be released in the spring of 2014, and Forever Yours, the third book, is tentatively scheduled for publication in the fall of 2014. Mrs. Helm shares a blog, Jane Started It, with the other writers of the Crown Hill Writers' Guild, and is one of the founders and administrators of BeyondAusten.com, a website for readers with common interests. She also has published three Regency short stories, "First Kiss," "The Prize," and "Treasure Chest," which can be read on Jane Started It on her author's page or at BeyondAusten.com. She has one husband, two daughters, three published books, four family dogs, and five part time jobs.

Kindle Customer
4.0 out of 5 stars Great book Until I got to the Cliffhanger
18 February 2018 - Published on Amazon.com
Verified Purchase
In a totally new take on Pride and Prejudice, Robin Helm combines the beloved Austen story with time travel in this refreshingly sweet Christian story. Mr Darcy (Fitzwilliam) is a more pompous jerk than even his book persona implies. In the present, Mr Will Darcy (a descendant) is a nice guy but can't find his own Elizabeth.
When the two swap places after Fitzwilliam delivers his letter to Elizabeth they each must come to terms with their new situation and see if they can settle into their new lives. Since Will has been a Jane Austen fan forever, he has an advantage since he knows the story. It is harder for Fitzwilliam to adjust to modern ways.
I loved this book and would have given it another star but the ending leave the reader hanging with the need to read the next book in the series to see what happens. I hate cliffhangers but I suppose it makes the book more like a P&P miniseries and I must wait to see what happens in the next episode.

Sophia Rose
4.0 out of 5 stars A Darcy Body Swap? Two Darcys- Two Hundred Years Apart- Two Romances- Oh yes!
13 June 2015 - Published on Amazon.com
Verified Purchase
I thought this was a fascinating premise so I eagerly took this book up to begin the three-part story of two men swapping places two hundred years apart. It doesn't hurt that the two men are Mr. Darcy and his modern-day counterpart, another Mr. Darcy. It was a great 'what-if' that asks the question and answers what would happen if Mr. Darcy- a Darcy more arrogant and proud than the original- visits modern times and another man- a man of strong Christian values- finishes out his story. How will things be the same? How will they be different? How will they adjust? And is there an Elizabeth Bennet in this day and age? My curiosity was piqued and I just had to read these interlocking stories.

This book is the first part of the story and as such, it's more like an introduction and it leaves things very open at the end though not on a cliff hanger. Both the past and present storylines are established as well as the characters, the swap takes place, and the two men begin to figure out what happened and adjust.

At first glance, Will Darcy has the easier time of it because he is from the future, has studied history, and is well-versed in Jane Austen lore. He is also the anti-thesis of his counterpart because he is generous, kind, and giving. He wants to find his own Elizabeth Bennet and he is content with his circumstances. On the other hand, Fitzwilliam Darcy was an arrogant, prideful, self-centered snob and he has a rough start in modern times. There isn't much to like in him at first. But as the book ends, there is a glimmer of potential.

It's hard to see such an unlikeable Darcy, but I have high hopes for him as the story progresses into book two as I like a good redemption story. I enjoyed the author's descriptions of setting, plot and character. I like how the two stories are told alternately between the two men and even their inner monologues work for me. The writing flows nicely in this gently-paced, character driven story- or should I say pair of stories.

Though not a traditional time-travel since they do more of a body swap, in essentials, that is what this is. It is also fun variations and modern retelling with a twist on the Pride & Prejudice story. And, it is most definitely Inspirational fiction. While I enjoy this blend, I know this won't be for everyone. However, I think Austenesque Lovers and lovers of sweet and inspirational romance should give this a try.

My thanks to the author for the opportunity to read this story in exchange for an honest review.

Opisica
1.0 out of 5 stars An interesting premise but ultimately impossible to believe -- and a cliffhanger ending, too
27 October 2019 - Published on Amazon.com
Verified Purchase
This story includes many references to G0D and His grace. Sorry but you cannot convince me that a loving G0D would ever swap the heart, soul, and mind of a real human being with a fictional storybook character. Nor could I suspend disbelief that the fictional Darcy learned about "himself" via a TV mini-series of Pride & Prejudice. It was really quite ridiculous and at times outright sickening. Add to that the cliffhanger ending -- the three parts are not standalone stories -- and I can barely give it one star; it is mostly awarded for the good editing and lack of glaring errors that one finds so frequently in recently published books. Definitely *not* recommended except for someone with no discretion who will read anything that relates to Darcy. There are sooooo many better books of Jane Austen Fan Fiction available. Why would anyone waste their time and money on this mess?
Read more

Patricia
4.0 out of 5 stars Bravo
11 December 2018 - Published on Amazon.com
Verified Purchase
I received this book free from one of the book sites. I do not remember which one! This is my honest and voluntary review.

What an excellent story. I thoroughly enjoyed reading this book. I highly recommend it!

Imagine Fitzwilliam Darcy and his 220 yr later contemporary Will Darcy exchanging places! A roller-coaster ride to say the least. How does this happen? You have got to read it to find out.! One of the best Austen-esque books I have read.

A Reader and a Writer
5.0 out of 5 stars A delightful series with a Christian emphasis
23 August 2017 - Published on Amazon.com
Verified Purchase
I loved this series. A modern-day Christian Darcy gets switched with Austen's Darcy, leading to the major change we see in Darcy's life and attitudes! The author did a great job with the Christian history references (my specialty) as when they visit John Wesley's church in London. There were many very fun and funny parts--my favorites are when Darcy, moved to modern times, watches the Colin Firth Pride and Prejudice! As soon as I finished each part (this is part 1), I immediately bought the next. All was nicely resolved and brought together in the end. A delightful series.
Read more
One person found this helpful
Go to Amazon.com to see all 39 reviews 3.9 out of 5 stars
Get FREE delivery with Amazon Prime
Prime members enjoy FREE Delivery and exclusive access to movies, TV shows, music, Kindle e-books, Twitch Prime, and more.
> Get Started
Back to top
Get to Know Us
Make Money with Us
Let Us Help You
And don't forget:
© 1996-2020, Amazon.com, Inc. or its affiliates