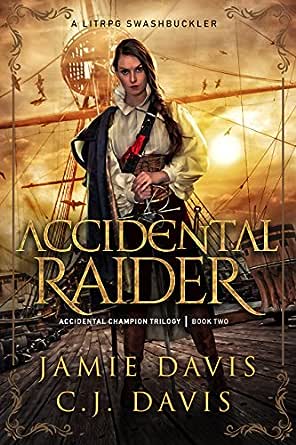 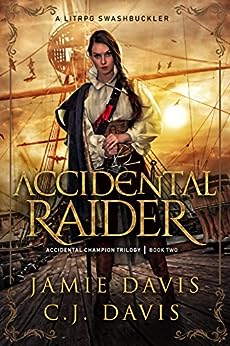 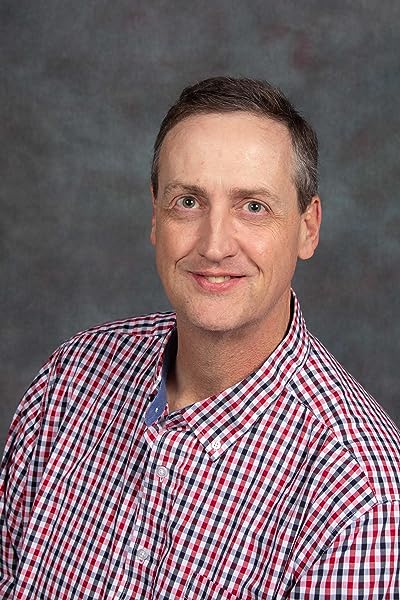 Jas P
TOP 500 REVIEWER
5.0 out of 5 stars Absolutely Superb Story – From the Characters, to World Building, truly Masterful!!!!
Reviewed in Australia on 29 September 2020
Cari Dix is back in this 2nd book in the Accidental Champion series, having helped the Royal Dragoons save Prince Timron to escape the Duke in the 1st book. The 1st book saw Cari find Fantasma, rediscover the lost magical place of her youth, and realise that her parents had hidden it from her for years, lying to her at great lengths to try and make her forget.
Cari had become an accomplished Duelist in the real world, with this obsession for all things that relate to that world. It is by a stroke of luck that she happens to find the message sent by a desperate Empress to her former friend, Hal Dix, and finds herself in Fantasma.
Time passes differently in Fantasma, so for the 14yrs that have passed for Cari, it has been 80yrs in Fantasma, meaning that the stories of the great Hal Dix and the Dix Family, have passed into Legend. It has become somewhat of a joke now that every time Cari says her name, people laugh at her, thinking it is funny someone named her after the lost Princess. That is, until they get to know her, and see the amazing things that she can do.
Here she meets what remains of the Dragoons, and Rodrigo, who she joins in the adventures of book 1. She also meets Stefan, a young officer of the Dukes forces, as well as the crew of the Vengeance (and there are some brilliant Easter Eggs to Pop Culture references all throughout these books – my favourite has to be ‘The Dread Pirate Cari’ from The Princess Bride.
At the end of the 1st book, Cari had left to return to the Vengeance, and now, in this 2nd book, we get to see the results of this, as ‘The Dread Pirate Cari’, Teenage Girl (much to the disgust of so many of the Raiders, and Dukes men) on the Quarter deck of a ship, happily sails up and down the coast. Whilst you would think the fearsome Raider Captains would never be scared of a Teenage Girl and a single ship, Cari, with her able Lieutenant’s Stefan and Rodrigo, so ever desperate to please Cari in a never ending competition for her feelings, have one of the most capable ships on the ocean. This is only made even more powerful by Cari’s special ‘Sea Skills’, as well as her innate abilities gained from her knowledge from back home – especially her knowledge of engineering etc – that give her incredible bonus skills in Tactics, Strategy and Warfare.
What is really great about this book, is the intense world building that has gone into creating this story, the knowledge and depth that has gone into making this gritty and realistic (maybe not ‘Master and Commander’ realistic, but certainly at a level that is going to pass for 95% of people, and give us a really good feeling that we are on the decks of the ship, trading shot with another ship, watching the sails gust, splinters of wood fly from a hit. Davis has covered all the different positions on the ship, as well, from the Command Crew, to the Carpenter’s Mate who worked below deck repairing the ship. The features that Davis has portrayed in the gun battles in the Naval warfare is just exceptional.
This is a stunning book, not just for the outstanding character work, or the riveting story, but for the comprehensive and thorough detail that has gone into researching the story to make it as in-depth, intelligent, gritty and realistic as possible, and this just adds a real level of immersion and enjoyment to the story that is just Masterful.
Add to this the spectacular and absolutely extraordinary Character work, and you have one of the best LitRPG’s on the market. Cari’s character is just outstanding, her growth from petulant, self-centered teenager, who just thinks she is invincible, and has a very narrow minded view of the world, to this extraordinary, powerful, intelligent, thoughtful Champion, is just mind-blowing. Even her growth around having to kill, which initially, she was so nauseous, she almost threw up, even though it was life or death, and no other choice. Her maturity in accepting that in some cases this cannot be avoided, and more to the point, it is not right to expect others to shoulder the burden, especially when she is their Leader, or at least to be mindful of the consequences. Her understanding of the sacrifices of Command, and the challenges, all of this leads to an absolutely brilliant Character that you get so attached to.
There are some very clever statements about issues in society today, with obvious discussions of Equality, Misogynistic behaviour, Women’s Rights, Bullying, Acceptance (No matter the species!!), Hate, and so many other clever little references that whilst they make you think, they don’t necessarily either take away from the actual story, nor do they stop you enjoying the story or stop you reading. It is just a masterful piece of writing.
For those that enjoy a great LitRPG, there is more than enough to keep the reader interested, but it is not too overwhelming so as to get annoying, or ruin the flow of the story.
This is a spectacular Action/Adventure Fantasy LitRPG story, with action from the 1st to the last pages, and just such a great story that you will not be able to put it down. Davis has covered every aspect of what you could hope for in a story of this type, and then added more, so that it is truly amazing. This will be one that I happily read/listen to again!!

Trina H
TOP 500 REVIEWER
5.0 out of 5 stars Female pirate, not the usual
Reviewed in Australia on 6 July 2018
This is the second book in the series and definitely worth the read. I love this author’s books and although I thought the beginning of this book was a bit slow to get going it caught me and I couldn’t put it down. We continue to follow Cari in her travels and conquests in Fantasma, it is great and different to find a female pirate captain, and a young one, plus many female crew members. Now I have to wait several months for the next one.
Read more
Helpful
Comment Report abuse
See all reviews

David
5.0 out of 5 stars Gripping story
Reviewed in the United Kingdom on 26 July 2018
Verified Purchase
Now I must wait for the final chapter of this adventure to come along in the fall. The conclusion to this tale will then unfold.
Read more
Report abuse

Vincent Archer
4.0 out of 5 stars The adventures on the high seas continue in this 2nd book of the series
Reviewed in France on 2 August 2018
Verified Purchase
Cari Dix is now Dread Raider Dix, scourge of all pirates of the seas, in this sequel to Accidental Duelist. But fear not: mom and dad are coming. Well, trying to. It would not work well if they could meet with their daughter that easy, so they remain in the background, while Cari untangles the plots. The use of the litrpg abilities is still a cheat - but that's the whole premise. It remains big fun, and the acquisition and judicious application of special abilities propel the story. I still deduct one star because it's still a cheat.

At least, we know the title of the next book, despite it missing from the booklist: next up, she's the Accidental Champion, of course.
Read more
Report abuse

Jen
4.0 out of 5 stars Fun
Reviewed in Canada on 27 December 2018
Verified Purchase
Non-stop action, appealing characters, lots of fun to read. I'm enjoying this series, to the detriment of all the chores I'm should be tackling.
Read more
Report abuse

r clouse
5.0 out of 5 stars Another great book in the series
Reviewed in the United States on 16 December 2019
Verified Purchase
This is the fifth book in the series and it's even better than the first I can't wait to read the next book in the series. The intricacies of the caricatures are amazing . You have to read this book.
Read more
Report abuse
See all reviews
Get FREE delivery with Amazon Prime
Prime members enjoy FREE Delivery and exclusive access to movies, TV shows, music, Kindle e-books, Twitch Prime, and more.
> Get Started
Back to top
Get to Know Us
Make Money with Us
Let Us Help You
And don't forget:
© 1996-2020, Amazon.com, Inc. or its affiliates