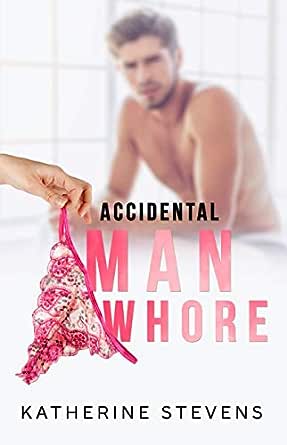 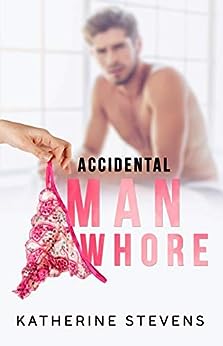 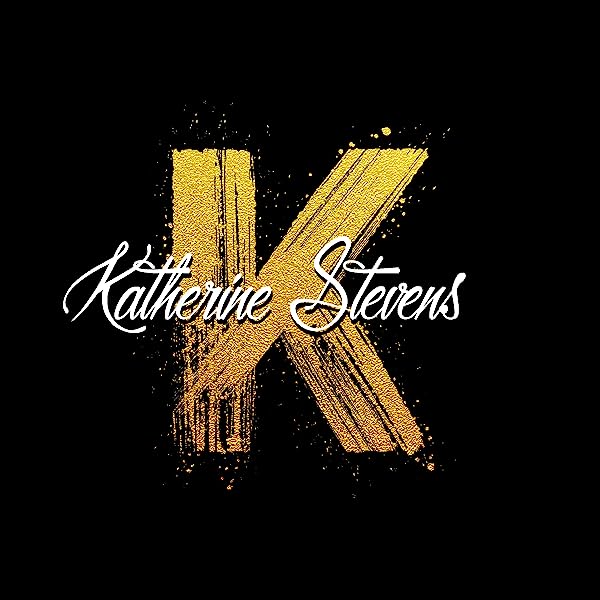 When Katherine Stevens isn't writing, she can usually be found opening juice boxes and looking for lost shoes. Her kids keep her quite busy and always zig-zagging across the line of sanity. She is a lifelong Texan with a terrible sense of direction and even worse memory. She thinks life is entirely too hard if you don't laugh your way through it. As a child, she dreamed of being the most sarcastic astronaut in history, but her poor math skills and aversion to dehydrated food kept her out of the space program. Now she writes to pass the time until NASA lowers their standards. Your move, NASA. --This text refers to the paperback edition.

Wendy Curry
5.0 out of 5 stars The man whore & the lawyer
Reviewed in Australia on 13 October 2017
Verified Purchase
This is my first foray into the world of Ms Stevens and it certainly won't be my last. This little romp was a blast from the start. We follow Ben Wright the poor chap who goes from office plant maintenance (yes actual plants) to our accidental man whore when his dad is diagnosed with cancer. With a massive bill to pay off Ben needs money and fast.
Then we have Miryam Wexler, lady lawyer and soon to be bride, until her fiancé runs off with his assistant. When Miryam needs a fake date to a family event her BFF Sheba steps in to help. Turns out that help comes in the form of Ben. Can two people who don't like each other pull off being a couple?
This was such a fun read and I loved MrT and his t-shirts too! Now I'm wondering if we'll get a Sheba and Steed story????
Read more
Helpful
Report abuse

Karen Sedg
4.0 out of 5 stars Accidental Man Whore!
Reviewed in Australia on 16 November 2017
Verified Purchase
3.5stars! This is my first read by Katherine Stevens! I wanted to read this because l loved the cover and title also the blurb sounded awesome! This was a great read! Ben & Miryam were well suited together! Just the story was a bit slow going for me!
Read more
Helpful
Report abuse

We meet Miryam Wexler, she’s a lawyer and happily engaged to her fiancé David and busy planning her wedding, that is until she catches him cheating and get’s dumped just before her wedding. She’s had a tough life and was bought up by her grandmother, or Bubbie as she calls her. Miryam doesn’t want to upset her Bubbie so she hires Ben to pretend to be David the fiancé. Luckily Bubbie is blind and can’t see.

He needs money…. She needs a fake fiancé…… and they seem to hate each other…….. Twists and turns and lots of fun times was had in this book. I thoroughly enjoyed it and look forward to reading more books by Katherine Stevens.
Read more
Helpful
Report abuse
See all reviews

n young
5.0 out of 5 stars My favourite book by Katherine so far
Reviewed in the United Kingdom on 14 October 2017
Verified Purchase
My favourite book by Katherine so far!
I have to start off saying this book made me laugh so much by the first few chapters it was totally Katherine through and through!!
This is the story of Ben who looks after plants for a living...needing some more money due to family problems he comes across a new job by accident without asking too many questions until its too late!
Then along comes Miryam and he gets roped into the jewish lifestyle for a few dates... meanwhile they both realise they are not who the other thinks they are.
This book has strong lovable charcters.. laughter and loyalty and i loved it from page 1 until the very end.
Ill always 1 click Katherines books now.
Read more
Report abuse

Amazon Customer
3.0 out of 5 stars Definitely worth a read! Enjoyable and fun
Reviewed in the United Kingdom on 22 February 2018
Verified Purchase
It actually had a lot more humour than I was expecting and really made me laugh at points! The characters felt really real and I loved that the female leads were all fiesty and not waiting to be rescued by men as they often are in these types of novels.
Read more
Report abuse

Michelle
4.0 out of 5 stars Funny and entertaining
Reviewed in the United States on 29 December 2017
Verified Purchase
3.5-4 stars. I liked the humor in this one. Some parts were a little bit over the top, but not so much that I wanted to roll my eyes because at the core were these 2 characters who had fantastic chemistry and belonged together even if there were resistance and obstacles along the way. Ben has the job of being an escort, and his training has mostly been on the job and along the way, so he's still got an introverted side to him that bonds better with plants than people. Miryam is coming out of a relationship that was a rude awakening to her and while she's not really interested in another man, she wants to have some fun and needs someone to be by her side to play the part of doting fiance in front of her grandmother. Of course there's multiple situations where mishaps arise, and it's hilarious to see Miryam and Ben weather through them, but it also brings them closer, too, where the pretending might not be pretending anymore.
Read more
Report abuse

Ankita
4.0 out of 5 stars A fun read
Reviewed in the United States on 19 October 2017
Verified Purchase
I wasn’t able to get into the book the first few chs, but I kept reading, and sure enough, once the 2 lead characters actually met and interacted, it became a whole lot more fun. In fact, there are parts that are outright hilarious. Overall, it’s written well, the main characters are likeable, though the secondaries were a little sketchy. I liked Miriam's friend and grand Mom, for e.g.,but the aunts seemed a bit vague. Same for Miriam’s ex, who is just incidental to the story. That said, it’s still a very enjoyable, light hearted romp that’ll make you smile and leave you feeling happy.
Read more
Report abuse

StefanieHolding
5.0 out of 5 stars funny and hot. what more do we need?
Reviewed in the United States on 21 October 2017
Verified Purchase
I adore this book. Accidental Man Whore is hilarious and charming. The main characters are likeable and relatable. Ben & Miri have amazing chemistry. Their romance is unusual in many ways but their journey to happiness is still dreamy and very very hot.
I have to say, I LOVED the secondary characters. They were well written and made me miss my crazy/loveable family. Fantastic read. Katherine Stevens is a rock star.
Read more
Report abuse
See all reviews
Back to top
Get to Know Us
Make Money with Us
Let Us Help You
And don't forget:
© 1996-2021, Amazon.com, Inc. or its affiliates