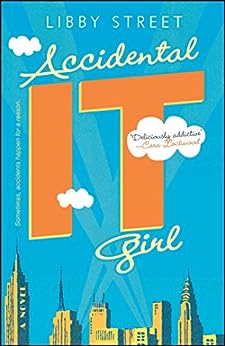 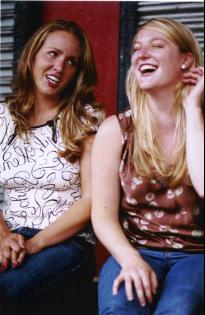 by Libby Street (Author) Format: Kindle Edition
See all formats and editions
Sorry, there was a problem loading this page. Try again.
What comes around...

Photographer Sadie Price is known for her thick skin and infallible instincts. A lofty education has made her skilled in her craft, and a fear of poverty -- and love for Jimmy Choo -- has made her one of the East Coast's most savvy paparazzi. She keeps her exhilarating but sometimes hectic life manageable by staying on the right side of the razor-thin line between celebrity photographers and the stalkerazzi. But all that changes when Sadie locks horns with one of Hollywood's hottest bachelors.

Something about Ethan Wyatt's charisma and startling good looks throws Sadie off her game. Something about Sadie's dogged determination -- and a very compromising picture she snaps -- throws Ethan off his. Hatching a scheme befitting the silver screen that made him famous, Ethan sets out to give Sadie a taste of her own medicine. And when her life almost instantly becomes as frenzied as those of the "It Girls" she follows, Sadie starts to see her career, her love life, and Ethan Wyatt in ways she never had before....
Read more
Previous page
Next page

-- Cara Lockwood --This text refers to an alternate kindle_edition edition.

Libby Street is the pseudonym for the writing team of Sarah Bushweller and Emily S. Morris.
Sarah and Emily met on Liberty Drive in Dover, Delaware, at the age of four and have been best friends ever since. Twenty years later, they began writing together via email and telephone -- just trying to make each other laugh.
They both live in tiny little apartments in Manhattan, where they're working on Libby Street's second novel. --This text refers to an alternate kindle_edition edition.

Libby Street is the pseudonym for the writing team of Sarah Bushweller and Emily S. Morris, who met on Liberty Drive in Dover, Delaware at the age of four and have been friends ever since. Since graduating from the University of Pittsburgh, Sarah has spent several years in a small gray advertising cubicle. She and her husband live in Brooklyn, New York. Emily has a Master's degree in screenwriting from Ohio University (which she currently uses as a coaster) and lives in Montauk, New York.

Picky User
2.0 out of 5 stars Won't Blow Your Mind Away
Reviewed in the United States on 23 May 2013
Verified Purchase
I think Amazon's three-star description of "It's OK" is perfect for this book. It's simply just "OK." It's not terribly bad, but it's also not worthy enough of a second read. The set-up is interesting enough, and yet the execution is missing.

Here's where the book went wrong for me:
(1) Sadie is supposedly a "Killer" papparazzi who not only has really good instincts for ferreting out celebrities, but also for taking good shots. However, she just "suddenly" can't take pictures of Ethan Wyatt. OK. I don't get it, but maybe that'll be explained later. Well, it's the end of the book and I still don't get it.
(2) Ethan's supposedly just too perfect. Only, not really. If he was so perfect, what's he doing messing with sisters in the first place? Second, a celebrity that has nothing better to do than to just start stalking someone is just crazy.
(3) Lots of things are unbelievable, but the fact that no one seems to recognize Ethan really just insults my intelligence as a reader. Or, that a bunch of papparazzis are going to just be OK with some completely anonymous new guy poaching on their territory? Yeah, right.
(4) The dialogue and flow of the general plot gets disjointed at times. It's like there are too many people in one room trying to talk. I don't know if that's because there are two authors and their different styles are coming through, or what, but there are times when all you read is chaos.
(5) The ending and Sadie's great epiphany and Sadie's and Ethan's relationship just fell really flat. No real buildup that made it believable. Better to just say that Ethan, after dressing like a bum and only looking at one girl (i.e. Sadie) for several days in a row, was too overcome with physical lust that he decided Sadie would do.

So, if the book is just OK, and not horribly awful, why only 2 stars? Because for $14.24 for the digital version, the book should have been awesome. For that price, I was expecting a book that I would want to read again immediately after I finished. If only I could sell used digital versions of books at a garage sale the way you can sell bad paperbacks...

Apparently, the price is set by Simon & Schuster and there is a whole forum thread on the price gouging engaged by Simon & Schuster. The price really is ridiculous and I wish I had read the forum thread first because I certainly would not have purchased this had I known. I also wish there were more negative reviews because the only reviews I had seen (not just on Amazon, but other online sites) gave this book great reviews. However, as I stated, it's only OK. And the more I read better books, the more I think, no, this book sucks and is annoying. My honest opinion? The quality of the writing should price this book at $3.99.

From Me to You ... Video, Photography,
3.0 out of 5 stars Made the Grade: Accidental It Girl by Libby Street
Reviewed in the United States on 14 January 2016
Verified Purchase
3.5 out of 5 stars!! The book started out VERY slow .... if I didn't pay for it then I might have stopped there but thankfully after finishing a quarter of the book ... it picked up and became really funny!! The story is mixed in with it's own tabloid feel to it. Definitely cute.

Review By: From Me to You ... Book Reviews
-- read more of this review on my blog: frommetoyouvideophoto.blogspot.com --
Read more
One person found this helpful
Report abuse

Lisa Bedigian
4.0 out of 5 stars SO. SO. GOOD!!
Reviewed in the United States on 7 December 2007
Verified Purchase
You know how sometimes when you read a book that's written by two different people, you can always tell where one put the pencil down and another one picked it up (Nanny Diaries, anyone?!)?? This book is NOT like that! The girls manage to write in perfect harmony, and the story flowed wonderfully! I really loved this book, not just because I'm fascinated by papparazzi and Hollywood just like everyone else, but because it was so addictive and realistic. And funny!!
Read more
Report abuse

Mariana Herdy
5.0 out of 5 stars Five Stars
Reviewed in the United States on 13 November 2014
Verified Purchase
Loved this book!!
Read more
Report abuse
See all reviews
Back to top
Get to Know Us
Make Money with Us
Let Us Help You
And don't forget:
© 1996-2021, Amazon.com, Inc. or its affiliates