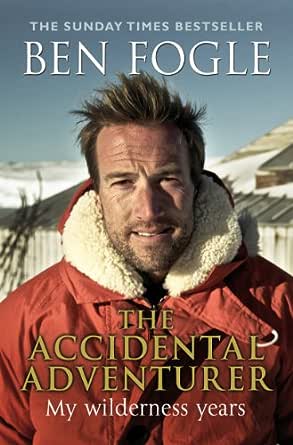 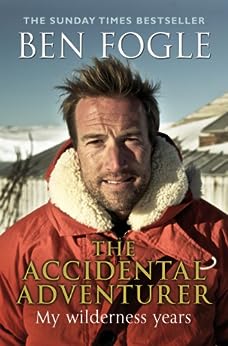 The Accidental Adventurer: The true story of my wilderness years Kindle Edition

A fun and inspiring read ― Choice

Funny, entertaining and really rather inspiring, too ― Daily Mail --This text refers to an alternate kindle_edition edition.

Ben Fogle is a TV presenter, writer, adventurer and accidental naturalist. The son of actress Julia Foster and vet Bruce Fogle, his life has never been exactly ordinary. As well as taking part in many of the toughest physical challenges on earth, from rowing the Atlantic to walking to the South Pole, Ben has found himself diving with blue whales near Sri Lanka, tracking great white sharks off the coast of California and racing dogs across the Arctic circle.

Ben has presented numerous programmes, including the BBC's Animal Park, Countryfile, Wild in Africa, Wild on the West Coast, Crufts, One Man and His Dog and Swimming with Crocodiles. He is an ambassador for WWF, Tusk, the PDSA and Hearing Dogs for Deaf People, a Fellow of the Royal Geographical Society, the President of the Campaign for National Parks and President of the Hedgehog Preservation Society.

He lives in London with his wife Marina, their children Ludo and Iona, and their two dogs Maggi and Inca. He is currently preparing to swim across the Atlantic.

Ben Fogle's life has been action-packed to say the least. He has rowed across the Atlantic, walked to the South Pole, run the Sahara and ice-skated across Sweden. He has encountered isolated tribes in deepest Papua New Guinea, caused a Boeing 747 to dump £100k of fuel before making an emergency landing in Sao Paolo, and frequently been mistaken for Prince William along the way.

So how did a cripplingly shy, geeky, perennially homesick boy end up doing all this? Ben's still not entirely sure himself, but this wonderful book tells his story and will strike a chord with anyone puzzling about life, and how to live it differently.

This is a book about defying expectations, conquering fears, battling laziness and, just occasionally, winning. --This text refers to an alternate kindle_edition edition.

Ben Fogle's life to date has been action-packed, to say the least. He has rowed across the Atlantic, walked to the South Pole, run the Sahara and ice-skated across Sweden. He has encountered remote tribespeople in deepest Papua New Guinea, caused a Boeing 747 to dump £100k of fuel before making an emergency landing in São Paulo and been mistaken for Prince William on numerous occasions. He has chased a tarantula round his back garden, survived a flesh-eating tropical disease that required two months of chemotherapy and been bitten by a rabid dog.

So how did a cripplingly shy, geeky, perennially homesick boy end up doing all this? Ben's still not entirely sure himself, but this glorious book tells his story and will undoubtedly strike a chord with anyone who puzzles about life, and how to live it differently.

This is not just another tale of derring-do for its own sake. Rather it's a book about defying expectations, conquering shyness, battling laziness and, just occasionally, winning.

The weird and wonderful true story of a national treasure in the making --This text refers to an alternate kindle_edition edition.
Read more

4.5 out of 5 stars
4.5 out of 5
498 global ratings
How are ratings calculated?
To calculate the overall star rating and percentage breakdown by star, we don’t use a simple average. Instead, our system considers things like how recent a review is and if the reviewer bought the item on Amazon. It also analyses reviews to verify trustworthiness.

Kindle Customer
5.0 out of 5 stars A very interesting read
Reviewed in the United Kingdom on 20 February 2020
Verified Purchase
I have always liked Ben Fogle and this is a thouroughly enjoyable book. He has taken part in an amazing amount of challenges but the bok is not "all about him". There are many passages about the people he has met which have had a huge influence on him and make interesting reading. He comes across as a caring and compassionate person. The chapter about Noma disease is especially moving.
Well worth reading and proves there is a lot more to Ben than a TV producer and a thrill seeking adventurer. I will definitely read his other books.

valG
4.0 out of 5 stars an unexpected pleasure
Reviewed in the United Kingdom on 6 August 2020
Verified Purchase
I had to read this book for my book club. How surprising then that I really enjoyed it! This is not at all the sort of subject I would have chosen myself, but it is so worth the read! Mr Fogle certainly lives life on the edge and constantly seeks out danger as he sets out to prove he is worthy and capable of achievement. He has challenged himself with dangerous exploits many times and has come through them all, Although I found myself wondering how his wife and family deal with the perils of Ben's chosen lifestyle. Surely he has nothing left to prove! this is a quick read which rattles away very nicely, and I am left with the opinion that he really is an affable chap underneath!
Read more
4 people found this helpful
Report abuse

Sean W
5.0 out of 5 stars Well written and very very interesting
Reviewed in the United Kingdom on 2 November 2020
Verified Purchase
Highly recommend this book. I like his programmes on TV but clearly have missed many as this book takes us on his very many adventures all over the world. To my mind he is more adventurous and interesting than Near Grillys. I read the book in a few days, that’s how interesting I found it. Very humble guy who unlike so many presenters he is not full of himself and always seeking to look and sound good.

One of the best books in my collection and now I have just taken delivery of his new book “IINSPIRE” and already can’t put it down.

Well done and thank you Ben.

Shelley
5.0 out of 5 stars Outstanding
Reviewed in the United Kingdom on 20 January 2020
Verified Purchase
This is the second book I've read by Ben and it was wonderful to read about his adventures. Ben really makes you feel as though you are there with him. I wish I had a fraction of Ben's get up and go but I don't, so it's great to experience his amazing adventures through his books. Thanks Ben for the wonderful read.
Read more
4 people found this helpful
Report abuse

dodger
4.0 out of 5 stars The Accidental Author?
Reviewed in the United Kingdom on 12 February 2019
Verified Purchase
Although Ben denigrates his physical and acedemic abilities his natural talent as an author shows in his very readable accounts of his many adventures. His searching studies of his complex and at times fragile inner self hold the reader as much as his hair raising exploits. Lets hope his love for his family will tame his weakness for daring do and he continues to charm us but with more considered ventures to the edge of what is possible.
Read more
5 people found this helpful
Report abuse
See all reviews
Get FREE delivery with Amazon Prime
Prime members enjoy FREE Delivery and exclusive access to movies, TV shows, music, Kindle e-books, Twitch Prime, and more.
> Get Started
Back to top
Get to Know Us
Make Money with Us
Let Us Help You
And don't forget:
© 1996-2020, Amazon.com, Inc. or its affiliates