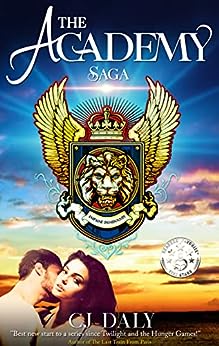 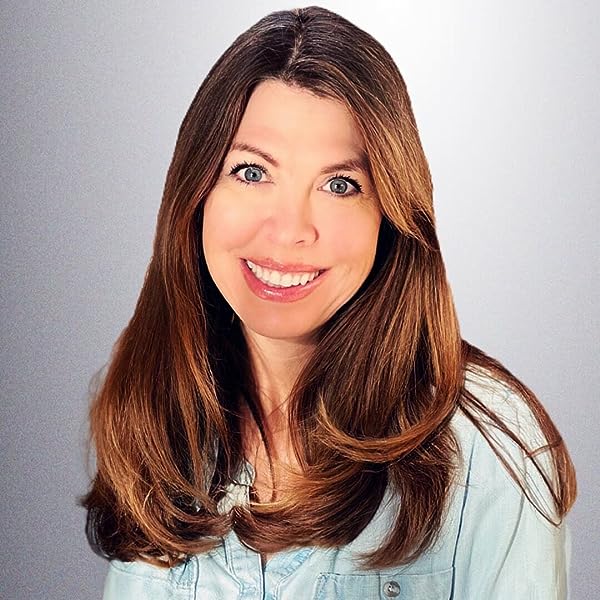 by CJ Daly (Author) Format: Kindle Edition
See all formats and editions
Sorry, there was a problem loading this page. Try again.

Barely seventeen and I’m already suffocating. Since my mother’s death, my father has basically checked out, leaving us kids to fend for ourselves out in the New Mexico scrub. All I want is a little distraction from my pathetic life.

When two mysterious guys show up at the diner where I work, I think my wish has come true. Until they start giving me a hard time. I’ve learned that pretty and poor is a bad combination; it just seems to bring out the bully in some people—like those two alpha jerks. Something about them twitches my internal antennae--they're gorgeous, elite, and positively ooze danger. And for some reason they want me. But not to worry, they're just passing through. I mean, I’m never going to see them again. Right? Then they appear in an alley one night, to either rescue or kidnap me (I’m still not sure which), before disappearing.

I put the bizarre encounters out of my mind because I have bigger problems to worry about, like money. And that secret military academy that’s been pursuing my gifted little brother. When one of their cadets shows up in my small town, he’s an instant sensation. And just happens to be one of those mysterious guys. Coincidence? Mama said there’s no such thing, and to always trust my instinct. But that might be kind of hard, because every time I’m around Cadet Davenport, my gut starts flip-flopping on me . . . and my heart.

Can Kate Connelly keep it together long enough to stop Cadet Davenport’s mission? She’s about to find out. And—once again—how suddenly life can be split into the before and after.

Publisher's note: The Academy Saga is meant for mature readers who want action, suspense, and slow-burning chemistry that builds into a steamy sweet and dark romance. It's packed with secrets and thrills that will give you all the small-town romance feels!

Scroll up to one-click your copy now and get in on all the fun banter, angst, and intrigue of this Enemies to Lovers Romance.

★★★★★ A page-turning Suspense Romance Book Viral agrees is "The next best start to a series since Twilight & The Hunger Games. "

CJ Daly grew up on the scrabbly plains of Eastern New Mexico. When she was supposed to be helping her six siblings with chores on the family ranch, she was really sneaking behind dusty haystacks to read. And dreaming about becoming a writer.

A few years later, "The Academy Saga" was born. "The Academy" is her debut novel, and "The Academy, Cadet-in-Training" is the sequel. CJ is so proud that both books earned Readers' Favorites 5-STAR seals of approval. When she isn't writing, you can usually find her running from one athletic field to another, feeding the array of wild animals that show up at her back door, or kicking back with her gal-pals to sip cocktails and gossip about favorite books and TV shows.

Please feel free to stalk CJ on social media or visit her at her website: https://www.theacademysaga.com &amp; don't forget to sign up for her newsletter: http://bit.ly/TheAcademySagaLove to get all the inside scoop, exclusive giveaways, &amp; sneak peeks at what's coming up next!

Aviansh Meshram
5.0 out of 5 stars Beautifully crafted
Reviewed in India on 21 February 2021
Verified Purchase
The book deals with a romantic suspense that is set around an elite military academy that has selected Kate's younger brother for admission and the two guys whom she keep bumping into. Who also turn out to be the cadets of the same military academy. The book starts a little slow but picks up soon after, and keeps us gripped. You would want to finish if you start.
Read more

Aviansh Meshram
5.0 out of 5 stars Beautifully crafted
Reviewed in India on 21 February 2021
The book deals with a romantic suspense that is set around an elite military academy that has selected Kate's younger brother for admission and the two guys whom she keep bumping into. Who also turn out to be the cadets of the same military academy. The book starts a little slow but picks up soon after, and keeps us gripped. You would want to finish if you start.
Images in this review

Sarah W
4.0 out of 5 stars Great start to a series
Reviewed in the United States on 1 July 2021
Verified Purchase
I loved the plot of this book and it’s the perfect set up for the rest of the series. The romance is enemies to lovers and the relationship is hot and cold throughout the entire book. You really get to know the characters as they are developed well. I connected with Katie and felt the love she had for her brothers. There were a couple POV from Pete and I loved what we got. I do wish we got to learn a little bit more about the elite academy so I can’t wait to read reading the second book.
Read more
6 people found this helpful
Report abuse

Kelly C
5.0 out of 5 stars Summer sexy read, here you go!
Reviewed in the United States on 9 July 2019
Verified Purchase
Gah! I loved this book! So much sexiness, so much chemistry! And a really intriguing story to boot, what is going on at this mysterious Academy? The characters are so well written, you see them all playing in your head like a movie. And Pete and Kate, good lord, romance flirting and chemistry at its finest. Will definitely be re-reading all the Kate/Pete scenes and can’t wait for book two!
Read more
12 people found this helpful
Report abuse

Berry
5.0 out of 5 stars 5 star YA novel
Reviewed in the United States on 30 January 2020
Verified Purchase
A friend recommended me this series if I enjoy YA novels. I haven't read for pleasure in YEARS, but I thought "what the hell? I trust my friend's judgement." I sat down to read casually this weekend and ended up reading the whole dang book. I COULDN'T PUT IT DOWN! The small town drama, the teenage angst, the love drama.. watching the remaining pages of the book dwindle as the story unfolds was a bittersweet feeling. Now I (im)patiently wait for CJ Daly to release her next book.
Read more
8 people found this helpful
Report abuse

Andrea Titoyan
5.0 out of 5 stars The Academy plays with your emotions
Reviewed in the United States on 31 July 2020
Verified Purchase
Had no idea what to expect but every line was so well written and I couldn’t put the book down each night. It was fun, intense and so many twists leaving you wanting more. You definitely will go through a ray of emotions... definitely a fun summer read!
Read more
6 people found this helpful
Report abuse
See all reviews
Report an issue
Does this item contain inappropriate content?
Report
Do you believe that this item violates a copyright?
Report
Does this item contain quality or formatting issues?
Report