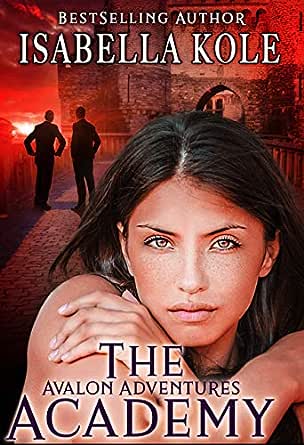 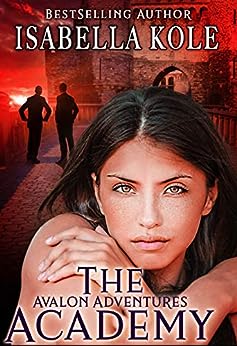 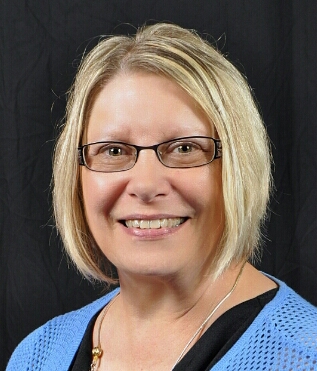 Prince Henry never had to worry about anything – until his brother died.
From that moment on, his life was turned upside down, and he enrolled in
the prestigious academy.

Karia wants to follow in her famous father’s footsteps as an investigative
reporter. Her first assignment: Prince Henry. The only way to get close
enough is to spend time with the handsome young royal. And can she do that
without falling for the Playboy Prince?

But there is danger afoot, and the very stern, very dark and handsome
Master Armstrong doesn't like the idea of Karia and the prince spending so
much time together.

Now, Karia is torn between the two men. She is secretly dating the prince,
but there is something about the master that keeps drawing her to him…

Redrabbitt
5.0 out of 5 stars I HAVE EVERY FAITH IN YOU AND IN US
22 December 2019 - Published on Amazon.com
Verified Purchase
Ms. Isabella Kole has stepped out of the box with this new series that is full of mystery, romantic suspense, danger, and secrets. Avalon Academy is an exclusive school for the wealthy best-of-the-best students to hone their skills and career choices. Most of these students were raised with wealth and were spoiled, but at Avalon, they will not only be trained, but they will also be disciplined. The book is the first in a series and would probably be best to be read in written order.

It comes with a great shock when Karia learns she won’t be going off to University with her friends, but instead, she will be sent to a private school, one that only accepts twenty new students each year. How did she not know that her father also was a student here? But then to learn she will be subjected to harsh discipline makes it even more confusing. Then she will learn that Prince Henry will be an added student and she has been assigned to write an article to help clean up his playboy reputation.

“There are very few with your father’s abilities and finesse, Karia, not to mention scruples. Do you believe yourself as powerful as he, able to accurately report the truth? Perhaps, working together, we will be strong enough to prove to everyone that we both have redeeming qualities after all.” –Prince Henry

The story will keep the pages turning with life and death situations, intrigue, and a new change in pace. Karia finds herself being disciplined often by Master Armstrong, and some of the things he says to her have her deeply confused. It isn’t easy being the daughter of Gordon Daly, but sometimes she thinks of his quotes. “A small smile today, along with the truth, could prevent a war in the future.” But what about Master Armstrong?

“You must forgive yourself, Karia. You, like me, must move on from our old ways.”

The discipline metes out by Master Armstrong is harsh and humiliating. The nightmares that Karia has are disturbing and the danger to the Prince puts her also in harm's way. A romance is budding for Henry and Karia but there are some who would like to keep that from happening. Are there ulterior motives behind the Prince? Is he using Karia to clear up his reputation?

Anna Kay
5.0 out of 5 stars Loved it and looking forward to more
18 December 2019 - Published on Amazon.com
The Academy was a different sort of story. Karia is a college aged girl who is sent to high school like academy that is super strict and disciplined (like very spanky). The story is intriguing. There is the relationship between Karia and the prince, her interactions with her mentor, Master Armstrong, a little bit of a mystery, possibly paranormal aspect, and her own inner angst and musings. I really enjoyed this story and was looking forward to know more throughout the story, although I had a feeling that, as it was a series, I might get left a little hanging. There were one or two confusing things. It was unclear if the author intended the story to have a magical component. It was never addressed directly, but the name of the academy was Avalon and there were several lines in the book that suggested magic or paranormal aspects, but then it was not addressed again. I enjoyed the characters, but felt they could have been more fully fleshed out. However, perhaps the author is waiting for future stories. Even given these nitpicky things, I was completely absorbed by this book. It is the kind of book I like, that it hard to find. It was disciplinary, well written, had an interesting story, and also had a romantic story line. It has a HFN. I am definitely looking forward to the next book. 4.5 stars.
Read more
One person found this helpful

Kaye
5.0 out of 5 stars ONE EXCEPTIONAL ADVENTURE!!!
18 December 2019 - Published on Amazon.com
Incredible! Isabella shatters the mold, pulls the strings and cuts the cord with this mind blowing, prize winning delight that blasts this jewel wide open. Disbursing incredible, well rounded scenario's so intense you feel the pulse racing, electrifying hum running rampant through your viens. Advancing through the trials and tribulations, struggling with all the drama, skepticism, intrigue, danger and suspense soars, blasting this baby into the eye of the storm, breaking it down, throwing it into a tailspin with staggering impacts. Mix in turmoil and distress and you have one intense rollercoaster ride. Mastering the ups and downs, weaving a cocoon so intricately and tight, draws you deeper into this tangled web until everything else ceases to exist. The characters chemistry is intense, white hot and explosive. Strong and solid personalities balance out and play off one another delightfully. The scenes are so colorfully descriptive to give you a full understanding and realism that blend and flows smoothly. Remarkable job Isabella, thanks for sharing this incredible jewel with us.

I am voluntarily posting an honest review after reading an Advance Reader Copy of this story.

Sue B.
4.0 out of 5 stars This is a wonderful book once started you will not be able to put it down…
19 December 2019 - Published on Amazon.com
Karia Daly has been told that she is going to attend the Academy of Arts on Avalon Mountain it is prestigious and well known for its discipline and extremely well-known children of highly regarded parents.
It had always been her ideal that as soon as she was able, she would become a reporter she had done this all through her high school years and she wanted to do this professionally. Her job is to write an article about Prince Henry who is the future heir to the throne. It is her job to write about how the prince has changed and how he is an asset now rather than the spoiled rich boy only thinking of good times.
Master Armstrong has decided to make things difficult for the Prince and Karia by reporting on the time they have been spending together, he has reported his findings to her father who is trying to make her choose between him and the new love of her life.
You will have to read this great book to discover what the outcome will be.
I voluntarily received and review an Advanced Reader Copy
I thoroughly enjoyed the book and look forward to reading any future publications; keep up all the great writing.


Read more
Go to Amazon.com to see all 29 reviews 4.5 out of 5 stars
Get FREE delivery with Amazon Prime
Prime members enjoy FREE Delivery and exclusive access to movies, TV shows, music, Kindle e-books, Twitch Prime, and more.
> Get Started
Back to top
Get to Know Us
Make Money with Us
Let Us Help You
And don't forget:
© 1996-2020, Amazon.com, Inc. or its affiliates