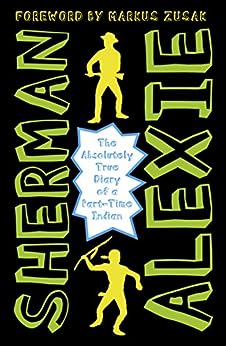 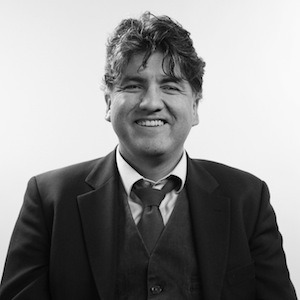 The Absolutely True Diary of a Part-Time Indian Kindle Edition

"[Alexie] has created an endearing teen protagonist in his own likeness and placed him in the here and now." -- Minneapolis Star Tribune

"Deftly taps into the human desire to stand out while fitting in." -- BookPage

"Realistic and fantastical and funny and tragic-all at the same time." -- VOYA "(starred review)"

"Sure to resonate and lift spirits of all ages for years to come."

"The line between dramatic monologue, verse novel, and standup comedy gets unequivocally-and hilariously and triumphantly-bent in this novel." -- Horn Book "(starred review)"

"What emerges most strongly is Junior's uncompromising determination to press on while leaving nothing important behind." -- BCCB "(starred review)" --This text refers to the library edition.

The heartbreakingly funny semi-autobiographical story of an American Indian boy who manages to leave the reservation despite overwhelming odds. --This text refers to an alternate kindle_edition edition.

WINNER OF THE NATIONAL BOOK AWARD

'Son,' Mr P said, 'you're going to find more and more hope the farther and farther you walk away from this sad, sad, sad reservation.'

So Junior, who is already beaten up regularly for being a skinny kid in glasses, goes to the rich white school miles away. Now he's a target there as well. How he survives all this is an absolute shining must-read and a triumph of the human spirit.

A National Book Award-winning author, poet, and filmmaker, Sherman Alexie is one of the most well-known and beloved literary writers of his generation. His works of fiction, including The Absolutely True Diary of a Part-Time Indian, Reservation Blues, and The Lone Ranger and Tonto Fistfight in Heaven, have received numerous awards and citations. He lives in Seattle. Like Thunder Boy Jr., Sherman was named for his father. --This text refers to an out of print or unavailable edition of this title.
Read more

4.6 out of 5 stars
4.6 out of 5
4,632 global ratings
How are ratings calculated?
To calculate the overall star rating and percentage breakdown by star, we don’t use a simple average. Instead, our system considers things like how recent a review is and if the reviewer bought the item on Amazon. It also analyses reviews to verify trustworthiness.

FiCo
5.0 out of 5 stars This is a story that has stayed with me.
Reviewed in Australia on 27 August 2018
Verified Purchase
This is a story about tenacity and strength, and of beating the odds. Junior lives on an Indian Reservation and is determined to have a better life than those he sees around him. He gets accepted into a neighbouring (white) school, and makes the long trek to and from every day, hoping for a better education and more opportunity. Based on the true events of the author's life, there is humour, sadness, tragedy and triumph. Written for young adults - this is a book everyone should read.
Read more
Helpful
Report abuse

jiyong C.
5.0 out of 5 stars wonderful
Reviewed in Australia on 3 October 2019
good book. the book is good. I like this book. This book is like a book but much more booklike. And this is one booklike book! I recommend this book to readers who knows how to read.
Read more
Helpful
Report abuse
See all reviews

Chanatkins
5.0 out of 5 stars read it in a day it was so good!
Reviewed in the United Kingdom on 22 January 2018
Verified Purchase
I loved this book and I am so grateful to the author too, because I finally found a book my 13 year-old reluctant reader could get her teeth into! I've been trying for ages to make a reader out of her but she just doesn't get into books very easily. She loved this and I'm now hunting for similar books for her. This is actually a great book for reluctant young readers because of the way it is set out as a diary, and includes the many illustrations and sketches the main character Junior draws. Junior lives on a Spokane Indian Reservation, where he has a tough time for a number of reasons. His mother and father both drink, his sister refuses to come out of the basement and he is regularly teased and beaten up for being different. He has one best friend, the slightly deranged Rowdy. One day he throws a book at a teacher and that teacher takes Junior aside and tells him he must go to a different school in order to break free from the reservation and find his own way in life. Inspired, Junior does just this. He's a tough kid, who now has to face suspicion and racism at his new school, while the people in his tribe turn their backs on him. He struggles through though, and this is certainly a book about struggle. It's written in such a friendly, optimistic way though, that you can't help smiling and falling a little bit in love with Junior. I read this book in a day it was so good. A wonderful ending too. Plenty to get your teeth into, for adults and kids.
Read more
2 people found this helpful
Report abuse

Ali
4.0 out of 5 stars a good read
Reviewed in the United Kingdom on 28 May 2011
Verified Purchase
This book is very funny and littered throughout with Arnold's cartoons. But it's also pretty heatbreaking. Why is it heartbreaking? Basically because Arnold's life sucks. He has hydrocephalus resulting in brain damage and a whole plethora of health issues, he has ten too many teeth (which get pulled out all at once by a dentist who believes Indians only feel half as much pain as others so only need half as much Novocaine) and everybody wants to, and do, beat him up (including thirty year old triplets!) because of these problems, except for Rowdy, his best and only friend.

And this all happens in the first 20 or so pages. So, yeah, heart completely shattered at this point.

But Alexie manages to mend my heart by making Arnold a funny and mostly well adjusted character. He knows that in order to have any sort of success in life, he needs to go to Reardan High. And if that causes him grief at the rez, then so be it, he gets grief there anyway. Reardan isn't even a great school, it's merely okay, but it's better than the school on the rez where the books are at least thirty years old.

Of course, Alexie shatters my heart again. Reardan is thirty miles away from the rez and Arnold's family, like those around him, are dirt poor so a lot of the time he hitchhikes to and from school.

"After school, I'd ride the bus to the end of the line and wait for my folks.
If they didn't come, I'd start walking.
Hitchhiking in the opposite direction.
Somebody was usually heading back home to the rez, so I'd usually catch a ride.
Three times, I had to walk the whole way home.
Twenty-two miles.
I got blisters each time."

It sometimes felt like lather, rinse, repeat. This, to me, took away some of the impact from the more emotional latter half of the novel.

The main characters were well rounded. Yes, Arnold's parents were alcoholics but they also loved their son, spent time with him, talked to him and, more importantly, listened. There was a section of the book where Arnold compared his dysfunctional family to those of the white kids he went to school with. Their parents were never around, never see their kids, never talk or listen to them. Guess what Arnold preferred. Even the kids at Reardan, from the jock to the pretty girl, had depth. The book was as much a character study of those around him as it was of Arnold himself.

It was a novel I enjoyed, and one I'd recommend, but not one I fell in love with.
Read more
3 people found this helpful
Report abuse

A Reader's Voice
5.0 out of 5 stars The smartest Reality Check
Reviewed in the United Kingdom on 3 February 2009
Verified Purchase
The title of this book would suggest one of these Pulp Fiction-type, rambling voices (can you tell I don't care for them very much?) - but it isn't.

It's funny, and light-hearted except for the heartbreaking honesty of the story that is being told. I enjoyed this book mostly for the window it opened for me into life on an Indian reservation, and how it reflects back any naive, Western romantic notions of what "a native" is.

So on one hand, this is simply a great coming of age story. On the other hand, it's a social study that holds up a mirror to non-Indians and shows you a life so unlike your own.

And don't let yourself be put off by it being a "young adult" book - it crosses over neatly.
Read more
Report abuse

Zulu Warrior
4.0 out of 5 stars Great Book
Reviewed in the United Kingdom on 2 May 2021
Verified Purchase
The story of a 14yr old Reservation Indian boy trying to improve upon himself by being accepted into a white school off the Reservation
Read more
Report abuse

Mr. N. Moffatt
5.0 out of 5 stars Effortless and enchanting read
Reviewed in the United Kingdom on 17 July 2011
Verified Purchase
This is a great little book that has the look and feel of a children's publication, yet it is principally for adults (there is a warning for children to avoid the book on the back cover).

The story is interspersed and enhanced by wonderful drawings throughout, describing a native American's experiences moving away from a reservation to a mostly non-Indian school. Every so oftem you have to stop reading to take in a sharp observation on life. This is what swung me to give it 5 stars.

Delightful and fun, a model of effortless reading.
Read more
4 people found this helpful
Report abuse
See all reviews
Back to top
Get to Know Us
Make Money with Us
Let Us Help You
And don't forget:
© 1996-2021, Amazon.com, Inc. or its affiliates