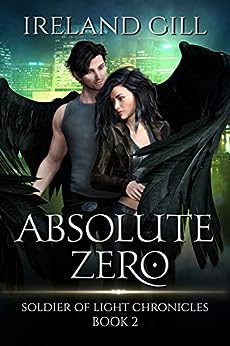 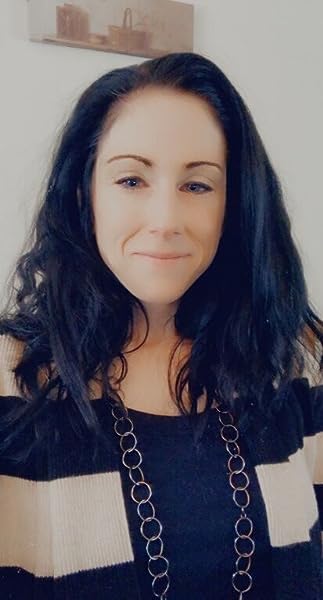 Tassi
TOP 1000 REVIEWER
4.0 out of 5 stars An Intriguing But Slower Paced Story :)
Reviewed in Australia on 18 September 2019
I'm at a loss for what to say with this book, I know what a rarity right?! Like there were aspects that I enjoyed about the book and I even liked the characters. I just didn't love them to the point where I was emotionally invested and I feel so bad about that!

The story I thought had so much potential from the first book but I felt this story dwindled off a little bit here. I'm wondering if I'm having this feeling because when I look back over this particular book not a lot really happens. There's definitely a few intriguing factors that pop up and the ending had me curious but I was really expecting a lot more to happen.

Don't get me wrong it isn't a bad book! I just expected a lot more of the Soldier Of Light part to really expand and even more with her mark, although colour me intrigued with how it reacted to Alysto. And this was one of the biggest parts I was super curious about when Alysto was brought into it and we see her interact with him for a brief time, I'm sure we will definitely see more of that in book 3 but I wanted more here and now haha. I also thought the inclusion of a betrayer within the Council, although obvious to me, was clever and I was hoping this would really stir the pot…but for most of the part she kept that information to herself and so that side of the story didn't grow as much as I would've liked. I'm a trouble maker haha. I like all that angst and drama to grow because then that intensity rate pics up for me and BAM crazy stuff starts happening, left right and centre. I felt a lot of the attention was put into the spark between Evika and Angel-man which was fine (coz we all know I'm all for that) I was just looking forward to some kick-butt action happening lol. buuuut I'm a bookie adrenaline junky haha.

I think one of my favourite characters would have to be Luka. He a loyal friend to them both and I feel he would literally do anything for these guys...and he proves that by one massive act he does for Hayden. I also love how is lighthearted and can also be serious when needed. He's like the perfect friendship balance for Evika, getting her on a different level Hayden could, even as her Guardian Angel. With there little team that are pretty awesome together. I love the playful teasing they have with each other. It does have quite a few laughable moments.

Don't get me wrong guys, its still a decent book, I'm totally blaming the last book I read, that was still so in my head at the time. I couldn't shake the characters. So I am wondering if it was partially to do with this…but not all of it. I'm used to a lot of stuff going on and happening in my books so it probably has a lot to do with that. It wasn't a hard book to read and I was still intrigued and curious where it will go. I wasn't really expecting the person that knocked at her door at the end and was like…."Things just got interesting"

I kinda feel sorry for the person who just had to witness the epic blowup between a certain hot-headed chick and Angel. Like it was stormy in all senses of that word. 1 minute everything is all well and good and then your like "Boy that escalated quickly" lol. Understandably though haha.

If you enjoy a book that is slower-paced but still within the world of Urban Fantasy - Angel, Demons etc you will probably really love this. A lot of the information is spaced out throughout the story but enough so that it still keeps you locked in, which is an art in itself.

The Reclusive Reviewer
4.0 out of 5 stars This one was way better, writing wise...
Reviewed in the United States on 10 June 2020
Verified Purchase
So, now my dilemma is that this one is more of a romance-driven book. The fantastical elements that made me pick up the second book was almost non-existent, save for the beginning and the end. What I will say is that the build-up to the last chapter made this book stand out way more than the first book. Also, Ireland's writing improved so much with this one, and I'm sure the next one will be even better still!
Read more
Report abuse

Zachary Fenell
5.0 out of 5 stars Characters You Care About!
Reviewed in the United States on 9 August 2017
Verified Purchase
I started reading Absolute Zero a few months after I finished the first book in the Negative Zero series.  Negative Zero  Despite the break in time between books all the characters stayed fresh in my mind. A tribute to Ireland's ability to create memorable characters! Said characters are the strength to this book. After I finished the last chapter I remained flabbergasted. Honestly, my first thought was Evika overreacted. Then I asked myself, "But isn't that what her character would do?" Getting lost in the emotions of the characters says it all. You will become invested in Absolute Zero.
Read more
One person found this helpful
Report abuse

Megs
5.0 out of 5 stars A must read - highly recommend this series
Reviewed in the United States on 10 October 2015
Verified Purchase
Absolutely gripping & absolutely lived up to expectation! Just when I thought the story hit it's peak with a great plot twist -- BAM! just a little extra to take it to a secondary level and ponder what will happen in the next episode...so many possible ways to spin Part 3 and I cannot wait!!
Read more
2 people found this helpful
Report abuse