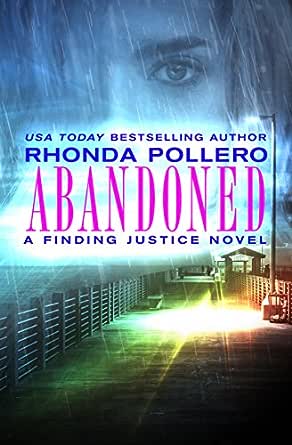 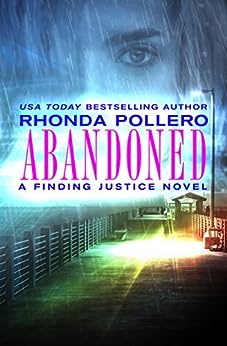 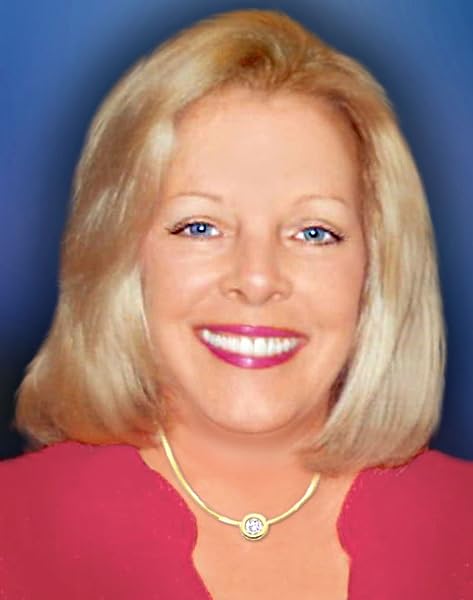 USA Today bestselling author Rhonda Pollero has penned more than 40 novels including the popular Rose Tattoo, Landry Brothers and Finley Tanner series. She has been featured in Cosmopolitan, the New York Times, and the Washington Post. She is considered an expert on structuring the novel. Please visit her on the web at www.RhondaPollero.com
--This text refers to the paperback edition.

Jo-Anne B.
TOP 500 REVIEWER
5.0 out of 5 stars I loved this intriguing mystery
Reviewed in Australia on 1 August 2017
This was a super romantic suspense that started with Emma being lured back to the little town she had left 20 years earlier after her father had assassinated the U.S. President. Her mother moved her and her twin away changed their names and gave them a quiet, normal life. But when Emma started to get newspaper clippings about the shooting, she wanted to find out why they were being sent and by who. So when she got a job offer from the Public Defenders office in the small town, she accepted it right away. Little did she know, she would be walking into a dangerous situation.

When Conner met Emma, he was immediately attracted to her, even though she was not the least bit friendly to him. She's was really quite snippy. You see, she was annoyed that he hadn't told her that he was the sheriff. Even though he wanted to get to know Emma, she wasn't making it easy on him. Factoring in his bad feelings about relationships because of his cheating wife and subsequent divorce, this relationship did not start off well.

Emma was a very smart woman and a terrific lawyer. She knew the law so well that she was able to get her clients off in such a way that she made it look easy. For her, it was. She was kind to people that most thought of as losers. She could see their potential and gave them a chance to make their lives better.

I didn't want to put this intriguing mystery down. With all the surprising twists, I hated for it to end. But the ending was great leaving me surprised to find out who the villain was. The only thing that bothered me about this story was that it took so long to find out why she left New York and went to Florida.

I was lucky to have won this book in a giveaway and highly recommend it.

Cindy O
4.0 out of 5 stars Well-written book full of snappy dialogue.
Reviewed in the United States on 5 June 2017
Verified Purchase
I absolutely loved all the court room scenes as the heroine, Emma McKinley who is a lawyer, who excelled at being able to readily read her clients and able to think of quick solutions to problems and unique situations. She put both the prosecutor and his witnesses to shame.

As the series name states this series is about finding Justice. Emma has moved to the small Florida town in hopes of finding out any information on why her dad 20 years ago killed the President of the United States. She had been getting anonymous clippings in the mail that prompted her to seek the town out and take a job with the Public Defenders office. On her first night in town she has an interesting encounter with a man at a bar who later she finds out is the Sheriff of the town.

This series is about the Kavanaugh brothers. The first book was about Jack who is also a lawyer, now Conner who is a Sheriff, then there is Declan who is a PI and the last brother has been in jail for 15 years for manslaughter for the death of his abusive father and the accidental death of his mother.

Conner and Emma had quite lively dialogue going on between them for most of the book. I have to say Emma's strong personalty and tenacity stole most of the scenes and some of the spotlight from Conner – not saying that as a bad thing, she was just a great heroine that at times out shown her hero..

This author was new to me and I've really enjoyed both books so far in this series. My only nit-picking thing about the writing is how fast the wrap up and endings come. These would be 5 star books if those things were extended a bit.
Read more
2 people found this helpful
Report abuse

Kindle Customer
5.0 out of 5 stars Me
Reviewed in the United States on 16 August 2017
Verified Purchase
J: This author surely has my number, with another one that I could not put down. The suspense was endless and their relationship was totally believable. There was even witty humor that sometimes had me laughing out loud. Again there was a strong woman, and the court scenes were awesome (even though I usually don't even like reading about courtroom cases) as well as some interesting side stories. I also liked revisiting Michael's situation and am anxious to see how that continues to play out in the next book. Yes, I will be looking for it.
Read more
Report abuse

Kelcey Hereau
5.0 out of 5 stars Read it one sitting
Reviewed in the United States on 6 July 2017
Verified Purchase
I love the stories within the main story. I thought I figured who was the bad guy but loved learning there was a twist in the end.Highly recommend Abandoned for your summer reading. LOOKING forward to Ms.Pollero"s next book.
Read more
Report abuse
See all reviews
Get FREE delivery with Amazon Prime
Prime members enjoy FREE Delivery and exclusive access to movies, TV shows, music, Kindle e-books, Twitch Prime, and more.
> Get Started
Back to top
Get to Know Us
Make Money with Us
Let Us Help You
And don't forget:
© 1996-2020, Amazon.com, Inc. or its affiliates