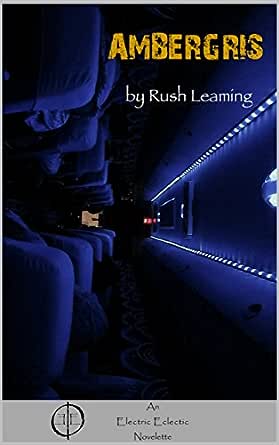 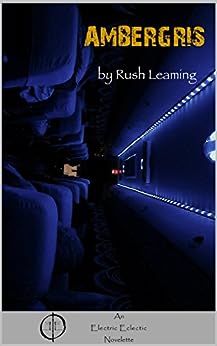 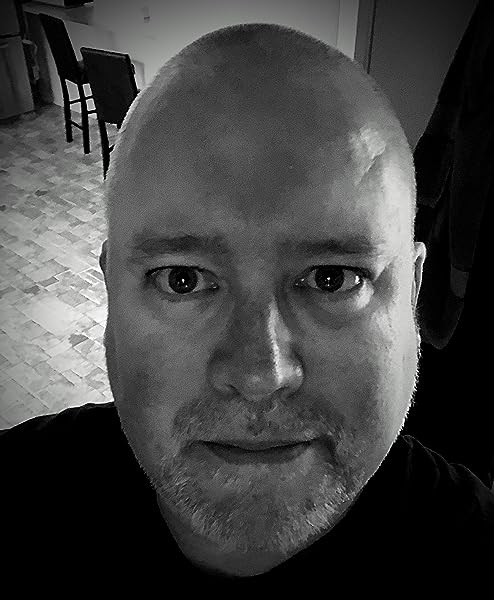 Elizabeth Horton-Newton, Author
5.0 out of 5 stars Inspiring and Beautifully Written
Reviewed in the United States on 27 January 2018
Verified Purchase
Uncertain what to expect when I picked up AMBERGRIS: An Electric Eclectic Book by Rush Leaming, I was quickly drawn into the story. Beautifully written, I and was carried along with Daniel Alexander Cavanaugh Turbeville as he leaves behind a sheltered life and steps into a world of wonder. At twenty-two years old it is apparent Danny is about to embark on the journey that transitions many young people as they set off for college in a state far from the comfort and familiarity of home. He’s meeting his fiancée as they are both going to New York University to get MBA’s. Opting to take a fifteen-hour bus ride to the New York City instead of a short flight, he meets an older woman, Cassandra Smalls, who has had many life experiences. As they travel she relates some of the places she has visited and things she has done.
When Danny tells her that despite living near the beach in Charleston, South Carolina, he has only been to the beach once. In fact, he has never been on a boat or fishing in a lake. Cassandra has not only spent her “whole life on the water”, she worked on cruise ships and has a degree in marine biology. She’s amused when Danny is surprised by the revelation. She laughingly refers to herself as “a little old black lady” and “nice, quiet church lady”. After Cassandra has shared her story, she asks Danny about his life.
His life has been the opposite of hers. He and his fiancée were born in the same hospital and their parents became friends and business partners. There are a lot of family traditions and Danny is following them. Cassandra observes that his life is exactly like that of his parents.
During the trip something happens that changes Danny’s life. But it is his meeting with Cassandra and her revelations that are the catalysts for change. This is brilliantly written novelette that shows how a chance encounter can affect a person dramatically. By examining these very diverse lives, the author presents a challenge; live a closed life chosen by others or experience as many new moments as you can, choosing your own path. In the end Danny makes a choice. The reader can only guess where his journey will take him. But there is no doubt it was a stranger on a bus who set him on his path. His decision to take the bus was an indication he was ready to spread his wings and like a baby bird, leave the nest.
I found this book to be uplifting. Cassandra’s stories of her life as well as Danny’s readiness to step outside his comfort zone send a message to the reader. It’s never too late reach higher, to test the parameters of your world and stretch them. I highly recommend this inspiring book.

ian g welch
5.0 out of 5 stars Loved it
Reviewed in the United States on 27 January 2018
Verified Purchase
. Daniel has a fear of flying, he embarks on a bus trip from Mount Pleasant, South Carolina to New York. Sitting next to Cassandra, they share the stories of their lives. Amergris is a simple story, a conversation between two people with very different backgrounds. This is a delightful story, one that touches you. Rush Leaming has an impressive writing pedigree, and Ambergris is sure to impress.
Read more
Report abuse

Lorraine
4.0 out of 5 stars Poignant and Inspiring
Reviewed in the United States on 3 April 2018
Verified Purchase
Daniel leaves his privilaged and sheltered life, and his comfort zone, for a long trip by bus to meet his fiancee.

On the trip he meets Cassandra Smalls, a ‘nice, quiet church lady’, who has lived life to the fullest.

As they tell each other about their lives, Daniel realises that his life doesn’t have to mirror his parents’ lives and that he can change it.
Life is what you make it!

AMBERGRIS is a poignant and inspiring short story that introduced me to author, Rush Leaming.
Read more
Report abuse
See all reviews
Get FREE delivery with Amazon Prime
Prime members enjoy FREE Delivery and exclusive access to movies, TV shows, music, Kindle e-books, Twitch Prime, and more.
> Get Started
Back to top
Get to Know Us
Make Money with Us
Let Us Help You
And don't forget:
© 1996-2020, Amazon.com, Inc. or its affiliates