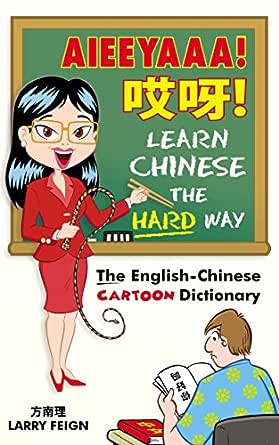 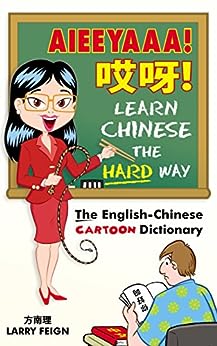 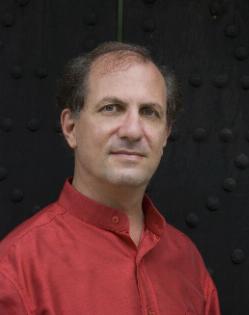 "Anyone who has spent time in East Asia should enjoy AIEEYAAA! Learn Chinese the Hard Way. His good-natured yet revealing humour makes for a fun read and some coincidental pain-free language acquisition." -The East Asia Book Review

"Very funny and I learnt a few things too, despite the author's promise in the foreword that this wouldn't happen. Also, the book's introduction has one of the best descriptions of the differences between Chinese languages/dialects that I've ever read." -Pete Spurrier, Publisher, Blacksmith Books

"Honestly, I think this book is for everybody, from those whohave a passing curiosity about the Chinese language(s) to thosewho have studied the language of the Middle Kingdom for years and beenright in the middle of the linguistic fray that is this culture." -The Polyglotist

"The cartoons are well drawn and the ratio of laughs to non-laughs high. Although Feign has a disclaimer that this is not a real language book, but rather "a random assortment of words with gags attached," you will definitely learn something." -John Grant Ross, Bookish.asia

Larry Feign is an award-winning writer and artist whose work has appeared in Time, The Economist, Fortune, the New York Times, and other publications. He has directed animated cartoons for Cartoon Network and Disney Television. His satirical books have been consistent bestsellers in his home base of Hong Kong, while his 'Lily Wong' comic strip was considered a bellwether of life and politics in the territory. His satirical commentary about the Hong Kong handover was Time Magazine's first-ever full-page cartoon essay. He earned his MFA in Writing from Pacific University, and received a MacDowell Fellowship from America's oldest artist colony. He is currently working on several books, including both humor and historical fiction. Larry lives on Lantau Island in Hong Kong with his wife, three dogs, and the occasional uninvited python. His mother still wishes he were a doctor. Check his website at www.larryfeign.com --This text refers to the paperback edition.
click to open popover

Ken Doyle
1.0 out of 5 stars This book is a rip off and highly overpriced
Reviewed in Australia on 19 August 2016
This book does not teach you Chinese. It really is a JOKE book. Highly over priced. Should be banned from sale. Definitely not what I expected.
Read more
Helpful
Comment Report abuse
See all reviews from Australia

fredd
4.0 out of 5 stars NB: This is humour, not a book to learn much from
Reviewed in the United Kingdom on 26 September 2018
Verified Purchase
Don't make the mistake of thinking that this book is intended to be greatly educational. You could definitely pick up a few useful terms in Cantonese and Mandarin from it, but they're largely a scaffold upon which to hang observations (in cartoon form) on the nature of the Hong Kong way and view of life. Each page basically has a concept (eg "Brushing teeth") with the Chinese characters and pronunciations (using the printed forms of characters for Mandarin, the cursive for Cantonese), together with a short cartoon strip on the topic - which you may or may not find amusing, depending on whether or not you share Feign's sense of humour (the one for "Brushing teeth" centres on the fact that the Chinese brush their teeth before eating, whereas most Westerners do things the other way around).

Anyone whose memory goes back far enough may have met, around the time that Hong Kong was handed back to China by the UK, Larry Feign's comic strip "The World of Lily Wong", about a westerner, his eponymous Cantonese wife, her family and life in HK in general at the time. This book is vaguely related, in that many of the same characters are visible in it, if not by name - but rather more as single, stand-alone cartoon observations (and minus any great political insight). In many ways it's more a curiosity then a textbook; it's certainly not heavy reading. I'm glad I bought it, and I shall certainly reread it from time to time - but I have no doubt at all it will disappoint some people expecting more.
Read more
One person found this helpful
Helpful
Sending feedback...
Thank you for your feedback.
Sorry, we failed to record your vote. Please try again
Report abuse

TEE
5.0 out of 5 stars I loved it.
Reviewed in the United Kingdom on 27 November 2018
Verified Purchase
You may learn something from it, you may not. Doesn't really matter because either way it's very funny. My only gripe is it 's a bit short.
Read more
Helpful
Sending feedback...
Thank you for your feedback.
Sorry, we failed to record your vote. Please try again
Report abuse

John Johnson
1.0 out of 5 stars I must have bought this accidently
Reviewed in the United Kingdom on 22 September 2018
Verified Purchase
I have no idea what the purpose of this book is. It certainly will not help any aspiring Chinese speakers like me. Maybe it will be of interest to foreign Hong Kong residents. If they are any out there whom want this book for free it's yours.
Read more
Helpful
Sending feedback...
Thank you for your feedback.
Sorry, we failed to record your vote. Please try again
Report abuse

Amazon Customer
3.0 out of 5 stars Amusing
Reviewed in the United States on 16 June 2018
Verified Purchase
Descriptions poking fun at words, attitudes and culture.
Wish I could read well enough to be able to read the Mandarin characters, which were in an everyday style cursive script. The Cantonese characters were more standard-looking.
Read more
2 people found this helpful
Helpful
Sending feedback...
Thank you for your feedback.
Sorry, we failed to record your vote. Please try again
Report abuse

James
5.0 out of 5 stars Perfect!
Reviewed in the United States on 6 January 2019
Verified Purchase
An awesome learning aid for my daughter.
Read more
One person found this helpful
Helpful
Sending feedback...
Thank you for your feedback.
Sorry, we failed to record your vote. Please try again
Report abuse
Load more international reviews

AJ
2.0 out of 5 stars This Book Is A Joke
Reviewed in the United States on 8 March 2019
Verified Purchase
Not intended as a serious study tool. I found the jokes to be crass and the lessons of limited use. Maybe if you already know the language, this would be funnier. Would not recommend.
Read more
One person found this helpful
Helpful
Sending feedback...
Thank you for your feedback.
Sorry, we failed to record your vote. Please try again
Report abuse

Dutchy
1.0 out of 5 stars Entertaining but old fashioned
Reviewed in the United States on 19 October 2018
Verified Purchase
My Chinese friend says this book has only old fashioned Chinese. She does not recommend it if you want to learn current Mandarin.
Read more
One person found this helpful
Helpful
Sending feedback...
Thank you for your feedback.
Sorry, we failed to record your vote. Please try again
Report abuse

Jarrell
2.0 out of 5 stars Still not easy to learn
Reviewed in the United States on 14 April 2019
Verified Purchase
This book only helps a little !
Read more
Helpful
Sending feedback...
Thank you for your feedback.
Sorry, we failed to record your vote. Please try again
Report abuse

SoloPocono
5.0 out of 5 stars Great procrastination tool for Mandarin students
Reviewed in the United States on 29 May 2018
Verified Purchase
I enjoy looking through this when i’m Procrastinating practicing my characters. It makes me feel like i’m Still learning something AND getting a few giggles, while trying to build up motivation to start practicing...
Read more
2 people found this helpful
Helpful
Sending feedback...
Thank you for your feedback.
Sorry, we failed to record your vote. Please try again
Report abuse