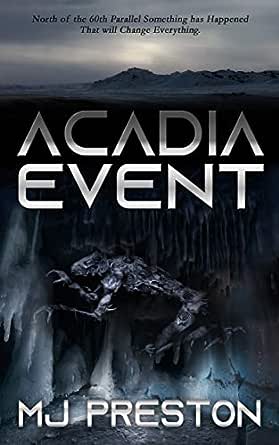 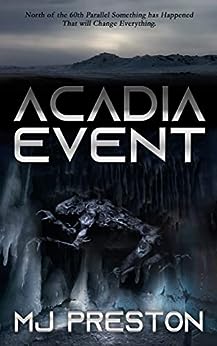 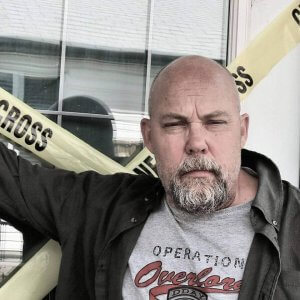 "MJ Preston creates an epic page-turner, with Canada’s frozen north as the setting and the Earth as the ultimate prize for whichever side wins the war." --Gregory L. Norris, screenwriter for Star Trek Voyager

Marty Croft has it all. A beautiful wife, and a successful career as a commercial artist. That is until his past comes back to haunt him. Enter Gordon Shamus, the psychotic son of Marty’s former gangster boss. After Marty’s wife is kidnapped, he finds himself forced back into a world he left behind. The job seems simple enough. Drive the worlds longest ice road and retrieve a package of stolen diamonds. But what will become of Marty and his wife when the job is done? Will they be disposed of as potential witnesses?

In a twist of fate, the Acadia Diamond mine, located 200 kilometers below the arctic circle, has found something buried in the ice. A portal not of this world, and it is about to be unlocked by unsuspecting scientists. Once opened, the creatures, known as Skentophyte, attack.

Overrun by thousands of mind-controlling aliens, what started out as heist becomes a war for survival. In an ensemble cast of characters, the Acadia mine has become the beachhead of an all-out invasion.

Detoured into a fight for survival, Marty finds himself in the company of men thrust into a mission to stop the invading force. Can they stop the creatures before they reach the city of Yellowknife? Will they survive against overwhelming odds? And what of Marty’s wife, Maggie? Will she become collateral damage if Marty can’t make it back in time to rescue her from the clutches of a maniac.

Another Floyd
3.0 out of 5 stars Ice road truckers + gangster heist + sci-fi, oh my!
26 March 2017 - Published on Amazon.com
Verified Purchase
I enjoyed this story. I must have, because I kept reading even as the book tried my patience, “big league.”

The gangster heist setup, and the venture onto the northern ice roads was well conceived. The characterizations were strong, though one trucker’s verbal tic was a bit much. I enjoyed the ice road journey, which was long and detailed and gave a good sense of the driving challenge, as well as all of the organization set up to support truck transport. I would not be surprised, though, if some readers found the journey too long, in spite of it being cut in between action with characters in other locations.

I got a good feel for the bloody cold, which was detailed in many ways, but, not unnecessarily. My world brightened just a bit in learning that the truckers “step out on the porch” to urinate -- stand at the open door while driving, one hand on the steering wheel.

The sci-fi aspect was… different. I enjoyed each phase of the reveal, even though some details were hard to fully buy into. Eventually, I decided not to sweat the details, and simply enjoy the skent. SKENT -- SKENT -- SKENT! I had to laugh at some of the strangeness -- not in a bad way. Nice touch, with the guy from Human Resources being used as a human resource by the sci-fi characters.

There’s a fair amount of foul language, used both by gangsters, and in banter among the truck drivers. And, there's lots and lots of graphic violence!

So, what was trying my patience?

There were many instances of words missing, misplaced, misused, or misspelled. Some phrases were negated (or, not negated), thus conveying the opposite of what was intended.

There were continuity errors, as when a gal in a chair had been bound, first with hands behind her back, and in next mention, bound to arms of the chair.

Sometimes perspective shifts were implied in a dialog paragraph, and were easy to miss.

Some ideas were belabored -- over-emphasized or repeated material could be pared down with editing.

OTOH, I think some of the belaboring came as a result of careless editing -- cases where a cut and paste was intended, but, the material was left at its original location, even as it was rephrased a bit for its new location.

Some misused words appeared to be the result of voice annotated edits that were executed poorly, by a careless typist: “the line share” for “the lion’s share”; a guy out on the ICE gets hit in the mouth, and “a tooth plopped onto the eyes”. Others were inexplicable. My favorite: “the cigar he had been smirking”

So… the book needs the detailed and loving touch of careful editor, from cover to cover. Then, it could earn all of the stars to reflect the story’s strength.

The word for ACADIA EVENT is "exciting"! At first one thinks the focus is crime reaching out to the Ice Road, in Northern Canada. This is an important theme, but far from the only one. The novel interweaves Ice Road trucking, gangsters, diamond mining, science fiction, the war in Afghanistan, veterans' aftermath, and a vein of implacable terror--unavoidable, inescapable, horribly deadly. At 500 pages, ACADIA EVENT is not a one-sitting read, but for sheer excitement, major intrigue, and eyes glued to the page, it's a champion read.

Tukukino
5.0 out of 5 stars Twin tales that accelerate and build toward an explosive climax.
30 January 2016 - Published on Amazon.com
Verified Purchase
Set mainly on the ice roads out of Yellowknife, the tale follows Marty, a former gangster to the frozen wastelands of Canada's arctic. Forced by his psychotic boss to become one of the infamous Ice Road Truckers, he is to take part in a daring diamond heist.

Unbeknownst to the gang, strange events are unfolding at Acadia diamond mine and the book gradually accelerates to a finale of breakneck speed where a bunch of misfit truckers are the only line of defense against an alien invasion bent on total world domination and the destruction of all that we hold dear.

A thoroughly enjoyable read, set against the backdrop of one of the worlds' truly wild places. M.j. Preston, a former soldier and a trucker of considerable experience, actually drove the Ice for two seasons and found inspiration during the long hours on the frozen tundra and in the brotherhood of drivers that return year after year to one of the most difficult jobs on the planet. His descriptions of the beauty of the wild north will captivate your soul and freeze your blood, his fantastical, horrifying vision of an unstoppable alien force will chill you to the bone. Wrap yourself up in your favorite comforter, light a roaring fire, turn off the phone and transport yourself North of 60º.
Read more
One person found this helpful

ladyesmiles
5.0 out of 5 stars As Advertised
11 July 2019 - Published on Amazon.com
Verified Purchase
It's a book, hard to review a book.
Read more

Jude Walton
4.0 out of 5 stars Very Enjoyable
14 March 2015 - Published on Amazon.com
Verified Purchase
I just finished this, and it's really enjoyable read. While my own trucking experience extends to a few weeks I had to deal with a 30ft moving van 15 years ago (so, none), Preston really brings the ice road experience to life. The interweaving elements of the story - from gangsters with elaborate schemes to the dark happenings at Acadia Mine - flow well together, and I thought the characters are richly drawn. I had a couple of evenings of knowing I should go to bed, but telling myself "oh, just one more chapter!", so I'd definitely recommend it. I'll get his first book now as well.
Read more
One person found this helpful
Go to Amazon.com to see all 16 reviews 4.6 out of 5 stars
Get FREE delivery with Amazon Prime
Prime members enjoy FREE Delivery and exclusive access to movies, TV shows, music, Kindle e-books, Twitch Prime, and more.
> Get Started
Back to top
Get to Know Us
Make Money with Us
Let Us Help You
And don't forget:
© 1996-2020, Amazon.com, Inc. or its affiliates