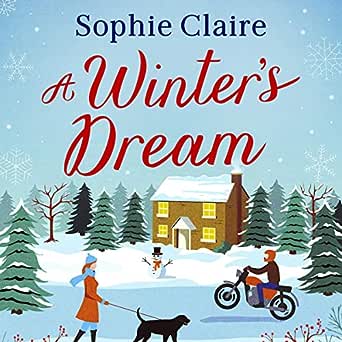 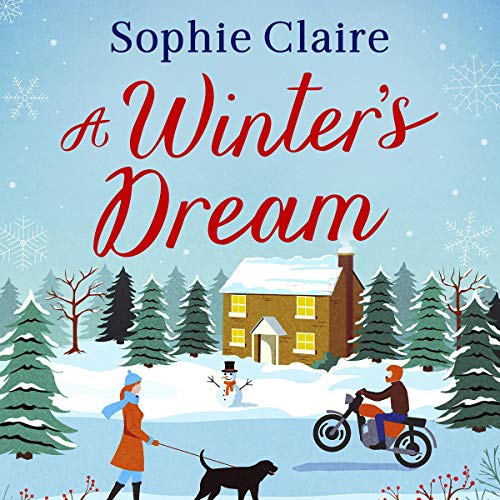 4.5 out of 5 stars
4.5 out of 5
398 global ratings
How are ratings calculated?
To calculate the overall star rating and percentage breakdown by star, we don’t use a simple average. Instead, our system considers things like how recent a review is and if the reviewer bought the item on Amazon. It also analyses reviews to verify trustworthiness.

Fredfiend
5.0 out of 5 stars Loved it!
Reviewed in the United Kingdom on 11 October 2020
Verified Purchase
This is just the book to curl up with by the fire on a chilly autumn day! I instantly fell for Liberty, setting out on her quest to try a new thing each day and Alex, the intriguing Frenchman, who has his own demons to fight. And, while this is an enjoyable and easy read, there's real depth in there too. These are real people who have real issues to overcome.

I don't think I've come across a hero who's a motorbike champion before, but I really fell for this one. The vivid descriptions of the racing world, with its thrills and dark sides, explained so much about Alex and the terrible dilemma he faces. I know less than nothing about motorbike racing, but I felt I really came to understand what drew him to it with such passion. (To be honest, the thought of him in all that tight leather didn't hurt either ...)

I also loved that way that Liberty's quieter struggles are still shown as being giant challenges for her - in this book no-one's fears are in any way diminished or not taken seriously. It's accepted that it's as big a challenge for Liberty's agoraphobic friend to go into the back garden as it is for Alex to face a Grand Prix track.

Quilting plays a big role in this book. I LOVED the way that Liberty's quilting work is clearly seen as being an art form, not merely a hobby she does to fill the time. There was loads of information about how quilts are made, all cleverly woven into the story so it never got dull. I can sense quilters all over the country shouting 'Yay!'

This book is a really good read; somehow it manages to pull off the impossible in being both cosy and exotic at the same time, as the action moves from the familiar world of a small English village to explore the hilltop towns of Provence in the depths of winter. All in all, it provides those heart-warming moments we all need at the moment, but has enough shadow to stop it from ever becoming over-sweet.

S Wood
4.0 out of 5 stars A Winter's Dream
Reviewed in the United Kingdom on 19 December 2020
Verified Purchase
I thoroughly enjoyed this cosy winter story about the discovery of self-confidence through challenges and new beginnings, which creates a heart-warming festive read.
The two main characters have very different goals for their future, but while Liberty faces her fears and tries to find answers, Alex pushes them down and finds it difficult to deal with the emotions resulting from that. As they both struggle through an enforced temporary proximity, it is interesting to see how they react to each other’s views and personal histories, occasionally drawing them closer before they recognise their insurmountable differences.
The strong community spirit and family devotion, which is beautifully written, supports and encourages the couple to come to terms with their differences until a final twist in the tale creates a scenario no one had been expecting.
With sensational snowy scenes, wonderful woodland walks and picturesque Provencal panoramas, this is an utterly uplifting read.
Read more
One person found this helpful
Report abuse

Kay Willsher
5.0 out of 5 stars Just LOVELY!
Reviewed in the United Kingdom on 17 December 2020
Verified Purchase
This book was such a sweet and engaging read! I didn't think it possible that I would enjoy reading about two characters more than Evie and Jake from "A Christmas Holiday", but I enjoyed getting to know Liberty and Alex even more!

I loved seeing how much Liberty blossomed throughout her challenge, in so many different and important ways. It was like watching someone reclaim lost pieces of themselves, and it was so terrifically gratifying. Alex was a great, well-rounded character (if a little frustrating at times, but that was nothing to do with the writing) who intrigued me from the start, and his journey in this book was truly beautiful.

Can I just say that it's so nice to see a depiction of a stepparent where the stepparent is kind, wise, and valued by their stepfamily? I'm a stepmum as you all know and I'm so sick of reading about A) the wicked stepmother BS, or B) a stepparent who is treated as a less important member of the family. Bernard was so refreshing, and very well-written.

About halfway through the book things got REALLY interesting, and before I knew it, it was 2am and I'd finished the whole thing! If that's not worthy of a 5* rating, I don't know what is!
Read more
One person found this helpful
Report abuse

Rae Cowie
4.0 out of 5 stars A wonderful wintery escapist love story...
Reviewed in the United Kingdom on 13 January 2021
Verified Purchase
Normally, I read a book and then want to discover more about the author. However, when I noticed Sophie Claire set herself a month of December challenges, otherwise known as a month of being brave – running 10k, learning to knit, making the 13 desserts of Christmas etc – challenging others to say ‘yes’ too, I had to read A Winter’s Dream.

Although this has a festive cover and Christmas does feature briefly, I recommend this as a January read, as its themes include confronting fears, shaking things up, trying something new. At the heart of the story is the romance between Liberty (a cautious homebody, happy to work in the local quilting emporium, selling threads and fabric) and Alex (a rather sexy professional French motorcyclist). If reading at present is all about escape, then Sophie Claire’s writing made it easy to journey to Liberty’s quaint woodland cottage and Alex’s friendly family Christmas in Provence. Both places I was more than happy to spend time.

I failed to set any December challenges, but Liberty’s (and Sophie’s) actions have inspired me to focus on what I can achieve in January – and the rest of the year.
Read more
Report abuse

Amazon Customer
5.0 out of 5 stars A real page-turner
Reviewed in the United Kingdom on 29 December 2020
Verified Purchase
I love this author and yet again, despite trying to ration my reading, I couldn't put this one down!

It's a romantic feel-good novel but with clever layers of insight into the way the two main characters handle their own strengths, weaknesses and responses to life. It was touching to see how they gradually began to communicate more clearly and gain the insights that they needed in order to transform their thoughts and behaviour, hence finding greater happiness in life.

In particular, the way that the heroine decides to challenge herself in order to overcome her natural tendency towards living a comfortable, easy life in order to live more deeply was something that I personally found thought provoking and inspiring. It was also great to follow Sophie on social media to see her taking on her own challenges - thank you Sophie for another wonderful book that lifts the spirits and makes me think differently about the world.

This is a great gift book too - I am now ordering it for other people's birthdays!
Read more
One person found this helpful
Report abuse
See all reviews
Back to top
Get to Know Us
Make Money with Us
Let Us Help You
And don't forget:
© 1996-2021, Amazon.com, Inc. or its affiliates