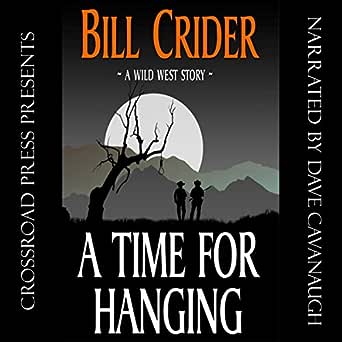 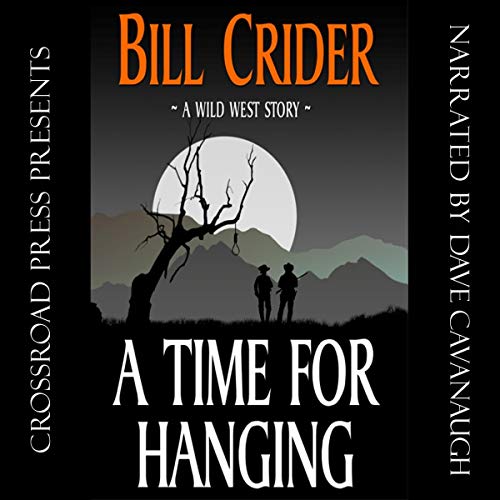 A Time for Hanging

Kevin Tipple
5.0 out of 5 stars Review: A Time For Hanging by Bill Crider
Reviewed in the United States on 25 June 2017
Verified Purchase
For Paco Morales it certainly was a case of being in the wrong place at the wrong time as A Time For Hanging begins. All he had done was run an errand to Tomkins’ Store to get some sugar for his mom. He was supposed to go right back home, but he stopped to talk to Juanito Garcia. After that, night was falling so he took a short cut off the trail. That was when he found the dead woman.

He sort of knows her as she had been by their small shack a lot in recent weeks. What they would talk about he doesn’t know as his mother would always send him away to do something. His mom is a healer of sorts so the visits might have been related to that. One look at her on the ground and he knows she will never come to their shack again.

For Morales, finding the body is just the start of his nightmare as he is savagely beaten by a number of locals sure he killed the woman. If it weren’t for Deputy Jack Simkins, Morales would be already dead and swinging from the nearest tree.

For the Reverend Wayne Randall and his wife, Martha, the nightmare is also just beginning. They do not yet know Elizabeth is never coming home again. They just know she is late for dinner and has not been behaving as she should in recent weeks.

Deputy Jack Simkins managed to save Paco Morales from certain death at the hands of the mob that night. It is going to take a lot of work by Simkins as well as Ward Vincent, Sheriff of Dry Springs, Texas, to keep Morales alive while they investigate. For those who damn near beat the young man to death, it would be best for Morales to hang as soon as possible. If the young man was dead, he would never talk about what they did to him. It would also be best for the real killer as well.

Author Bill Crider has another very good western with A Time For Hanging. Set in West Texas with an interesting cast of characters, a mystery, some romance, and a few more elements, all combine in a tale where what you do and stand for truly matters. For nearly every character in this tale, guilt over the past plays a heavy role as does the consequence of current actions.

Originally published in January 1990 and released in digital format by Crossroad Press in 2010, A Time For Hanging is a classic western tale. Those readers that expect a tale along the lines of a book from the Sheriff Dan Rhodes Mystery Series might be surprised as this is a tale with plenty of violence and is far different from those books. It is also well worth your time.

According to Amazon, I picked this up at the end of June 2015. I have no idea now if it was a free book, a reduced book, or any history regarding the download.

Willard Lowry
4.0 out of 5 stars a time for hanging
Reviewed in the United States on 27 March 2013
Verified Purchase
Pretty good story. About right in length. First book I have read by this author. I like westerns and it's as good as any I've read.
Read more
Helpful
Sending feedback...
Thank you for your feedback.
Sorry, we failed to record your vote. Please try again
Report abuse