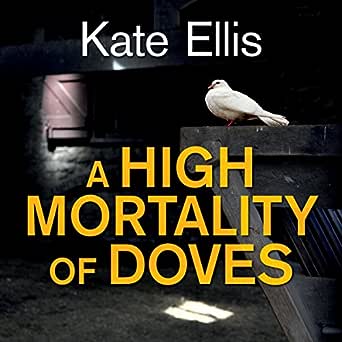 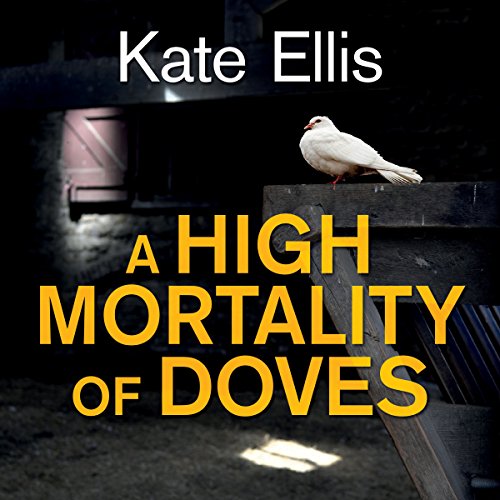 A High Mortality of Doves

4.5 out of 5 stars
4.5 out of 5
89 global ratings
How are ratings calculated?
To calculate the overall star rating and percentage breakdown by star, we don’t use a simple average. Instead, our system considers things like how recent a review is and if the reviewer bought the item on Amazon. It also analyses reviews to verify trustworthiness.

Nana Mez
TOP 1000 REVIEWER
3.0 out of 5 stars Not Wesley material.
Reviewed in Australia on 14 May 2020
Verified Purchase
I love the Wesley Peterson series but thought I would give this a read. Loved the historical aspect of the story but the plot was not exciting for me. Found the characters Albert and Flora very uninspiring and a bit boring. I guess that how they thought and acted in those day but did not enjoy it at all. Luckily I am only half way through with Wesley so more to read there.
Read more
Helpful
Comment Report abuse
See all reviews

K. Gibson
5.0 out of 5 stars The twists and turns are Christie like in their complexity
Reviewed in the United Kingdom on 6 November 2016
Verified Purchase
I agree with all of the reviews left by the authors. The story is gripping, it transports you to a time just after the 1914/18 war where a village and its inhabitants struggle to come to terms with the loss of young men. There is a underlying story of loss, desperation and malice. The twists and turns are Christie like in their complexity. I almost didn't read the ending as I thought I had it all figured out. Whew I was glad that I did as the ending was probably one of the most poignant but dark that I have read for a long time.
Read more
19 people found this helpful
Report abuse

Anne bonny book reviews
5.0 out of 5 stars The final reveal is simply astounding and worth every second spent reading. 5*
Reviewed in the United Kingdom on 7 April 2019
Verified Purchase
A High Morality Of Doves is set in the Derbyshire village of Wenfield in 1919. The village is reeling after 4yrs of war. The novel surrounds the cases of murdered females, left on display with a dead dove in their mouths.
With the dove being the symbolic bird of peace, is someone trying to send a bizarre message to the local community? Or to the local police? In steps Inspector Albert Lincoln from London and the Met police, to crack the case.

Local resident Myrtle is lured to the woods via a letter from her dead fiancé Stanley. Myrtle was aware of the telegram notification of his death and even consulted mediums in the local New Mills. But with the letter, also comes hope. Is Stanley alive?

‘She’d been in these woods a hundred times or more. But she’d never gone there alone’

Only for Myrtle, this mistake will cost her, her life.

Flora is the local doctor’s daughter and was friend and confidant to Myrtle. The women had previously worked together as VADs during the war. But when war was over Myrtle must return to the mills and Flora to her father’s surgery. The different places in the class system, keeping them apart.
When Jack Blemthwaite discovers Myrtle’s body, Flora’s father is summoned. But Flora is unsettled by the local communities rush to blame Jack due to his absence at war!

Local resident Annie, receives notification her son Harold is MIA
‘Better a hero than a coward. Cowards were the lowest of the low and being the mother of a coward would have been the ultimate humiliation’

The novel fully portrays life for village residents in war time and the harsh reality of shame on those deemed ‘coward’s’. The war impacts on everyone’s lives and it was refreshing to see this be brought to the main theme of the novel and not used as a backdrop.
Then Annie receives a note…

Flora attempts to involve herself into the case, assisting a reluctant Sgt Teague. She attempts to use her influence to help clear Jack’s name.
‘The self-appointed jury that’s found Jack guilty without the benefit of a trial’
We become aware Jack is developmentally delayed and appears as a child trapped in a man’s body. But if Jack isn’t the killer then who is?

The callous lure continues, with more women lured to their deaths. Then Inspector Albert Lincoln is called in to assist. Albert is a broken man himself both physically and emotionally. His wife Mary barely talks to him after the death of their son Fredrick. Albert has a broken soul, but can he catch the killer before he takes more souls for his own.

The village has seen so much change in five years, with the effects of the war impacting nearly all the individual families.
‘For four years life had been cheap. Now it was precious’
The village residents are desperate to see an end to the tragic loss of lives. But what is the killer’s motive?

‘Who can fathom the mysteries of the human mind, especially after this war’

Kate Ellis brings the post ww1 are alive on the pages and via the emotions of the characters within the village of Wenfield.
The final reveal is simply astounding and worth every second spent reading. 5* Genius

Anthony Harrison
5.0 out of 5 stars Excellent
Reviewed in the United Kingdom on 1 March 2020
Verified Purchase
I really enjoyed A High Mortality of Doves by Kate Ellis. It’s a stand-alone novel set in the immediate aftermath of World War I and its theme and narratives are all as a result of the fallout from the conflict. Several women have been murdered in the small village of Wenfield and when the ponderous local police force fail to identify the killer, and the victims mount up, the powers-that-be call in Scotland Yard.

Inspector Albert Lincoln, himself physically and mentally scarred by his time in the trenches, arrives to take charge of the case. His attention is diverted as he falls in love with the local doctor’s daughter, who has secrets of her own. Although a competent detective, he doesn’t so much as solve the case, as be a central witness as events play out around him and the eventual identify of the killer is revealed.

Ellis has produced a sad and poignant story, with an original take on how war trauma imbues everything for this generation. The characters were believable and the setting suitably claustrophobic. Highly recommended.
Read more
One person found this helpful
Report abuse

babs
4.0 out of 5 stars I didn't guess it!
Reviewed in the United Kingdom on 24 August 2018
Verified Purchase
This is an interesting book which is well worth reading with an interesting and unusual detective damaged by the war. There's an excellent sense of place and time, and a growing number of victims. I found it very difficult to identify the killer and I'm usually pretty good at solving the crimes. I believe the author is writing other books in this series and I'll certainly look out for them.
Read more
Report abuse

Kindle Customer
5.0 out of 5 stars Excellent read
Reviewed in the United Kingdom on 5 November 2016
Verified Purchase
Like all of Kate Ellis books a very good read. Telling the story of an English village just after the war. I really enjoyed this book and would recommend it to anyone.
Read more
4 people found this helpful
Report abuse
See all reviews
Get FREE delivery with Amazon Prime
Prime members enjoy FREE Delivery and exclusive access to movies, TV shows, music, Kindle e-books, Twitch Prime, and more.
> Get Started
Back to top
Get to Know Us
Make Money with Us
Let Us Help You
And don't forget:
© 1996-2020, Amazon.com, Inc. or its affiliates