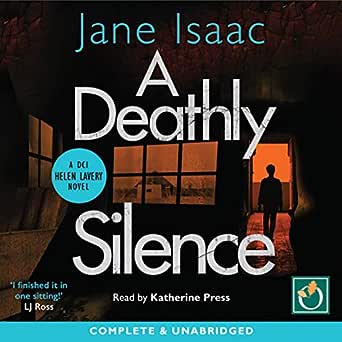 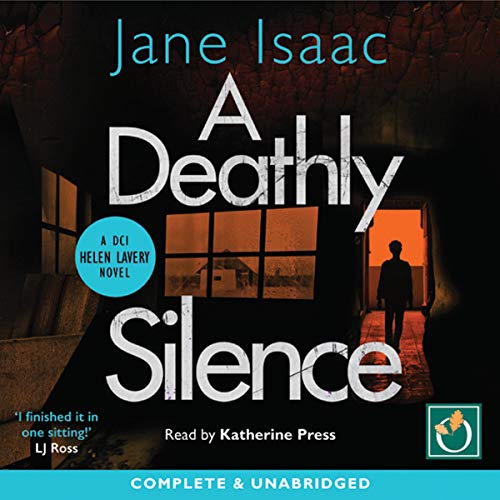 4.4 out of 5 stars
4.4 out of 5
125 global ratings
How are ratings calculated?
To calculate the overall star rating and percentage breakdown by star, we don’t use a simple average. Instead, our system considers things like how recent a review is and if the reviewer bought the item on Amazon. It also analyses reviews to verify trustworthiness.

2 teenagers find the body of a woman in an abandoned factory and run for their lives. Not ;long after the body is found and the police are called. It turns out that the woman is a police officer and her body has been mutilated. DCI Helen Lavery is called back from injury leave to lead the case with her team. From all reports the victim Sinead was very well liked and a loving family woman. Who would want her dead? As the investigation progresses Helen discovers that there was more to the woman than most people knew. But then more people connected with Sinead are killed in an attempt to hide the secrets.

Helen is a great character. She is a single mother of 2 boys after her husband died. She is bringing them up with the help of her mother. She is a clear and meticulous worker and well liked by most of her peers.

Thanks to Jane Isaac and TBC on Facebook for my advanced copy of this book to read. All opinions are my own and are in no way biased
Read more
Helpful
Report abuse

Monica Mac
TOP 100 REVIEWER
4.0 out of 5 stars Lots going on here!
Reviewed in Australia on 17 October 2019
This book was a solid police procedural which I enjoyed.

Helen is a police officer and a widow raising two kids with the help of her mother. She has just come back from injury leave and is thrust straight into a case of murder - one of their own. What makes it worse is that the slain officer's husband is also a cop.

Lots of twists and turns in this book. There was no reason, on the surface, for Sinead to be targeted. She was well liked, a good mother, a good wife, a good cop. And yet, there is that burner phone that very few knew about and why was this well-liked woman tortured?

Spicewalker
4.0 out of 5 stars Returning to work can be killer
Reviewed in the United Kingdom on 10 November 2019
Verified Purchase
I have to start by saying that although this is book three in the Helen Lavery series, it is the first one I have read. It works perfectly well as a standalone, and whilst it does give away a few things that would be spoilers for the first books in the series, which you'd expect reading out of sync, the only real disadvantage I found myself at is that I've missed some flipping good reads so far. I will correct that!

The book opens in very dramatic style, with the discovery of a murdered woman by two young boys. Now it is pure chance, and perhaps a touch of bad luck on their part, that they even find her, given that she has been left in an abandoned factory, one which no-one would be expected to visit any time soon. Her murder is brutal, the violence inflicted extreme, but it is more than just the nature of her injuries that gives the Police cause to want justice. the victim is one of their own, and as her first case back after injury and losing someone close to her, becomes personal, emotional and all too consuming for Helen.

What I loved about this book is the way in which Jane Isaac really brought the characters to life for me. Although it was my first time with the team, I got the measure of them very quickly and they became characters I was very invested in. The author has a great way of making the characters feel real, and really capturing their emotions, be it the kids who are up to no good and get far more than they bargained for, or the family who are torn apart and broken by Sinead's murder. Even the way in which the Police Officer assigned to the case are affected is emotionally sensitive and authentic. It really drew me into the story and made me care about what was happening.

Aside from great characters, we are treated to a really intriguing story and a complete mystery as to why Sinead would be murdered in such a grotesque way. And while the method of murder is quite dark, it is never too graphic, always just enough to enrage you as a reader but not push you away. The author takes readers down a number of roads before we finally find out who the killer is, and in quite dramatic fashion. In spite of her occupation, Sinead has no clear enemies and the reasons for her murder, which seems almost gangland in design, are baffling. I loved that uncertainty, the question mark that hung over Sinead's life and that of those around her. It kept the tension high and made we want to read more.

The pacing was spot on, slow and reflective at times, but full of frantic action when needed, especially towards the end in a high stakes showdown with Sinead's murderer. It really got the adrenalin pumping and took me a little by surprise when the killer was finally revealed.

I'm looking forward to catching up on the rest of the Helen Lavery series. If this book is anything to go by, I'm in for a real treat.
Read more
Report abuse

Ces
5.0 out of 5 stars Wow!
Reviewed in the United Kingdom on 15 October 2019
Verified Purchase
Everything else was put on hold. I was carried along on a wave of adrenaline, reading at breakneck speed. It was like standing at Helen Lavery’s shoulder, sharing her adrenaline rush as the case unfolded. The story was authentic, the emotions raw and the chase urgent. The effect of a major investigation on the senior investigating officer and their family was also convincing and added to the immersive feel of this book. A first-rate, fast-paced and utterly compelling police procedural - highly recommended.
Read more
Report abuse

Mrs A
5.0 out of 5 stars Another amazing Jane Isaac book
Reviewed in the United Kingdom on 4 July 2020
Verified Purchase
I really enjoyed this book and found it very difficult to put down. It isn’t the type of book you can read one chapter then put it down, there are so many twists and turns and I found myself totally engrossed in the story and characters so much so I was reading it long past my bed time. Jane Isaac has incredible knowledge of police procedures (I think her partner works in the police force) which makes the story so much more realistic. I look forward to reading more from this author
Read more
Report abuse

Mr. G. F. Hill
5.0 out of 5 stars Thriller from start to finish
Reviewed in the United Kingdom on 7 November 2019
Verified Purchase
A thrilling read from start to finish and look forward to the next in the series. Jane Isaac is amongst a growing number of authors on my "love to read" list of similar type of novels and I cant get emough of them.
Read more
2 people found this helpful
Report abuse

Ed Reilly
5.0 out of 5 stars Gripping
Reviewed in the United Kingdom on 19 October 2019
Verified Purchase
I had to stop myself reading too quickly-I just couldn’t wait for the next page! A gripping crime this from start to finish
Read more
One person found this helpful
Report abuse
See all reviews
Back to top
Get to Know Us
Make Money with Us
Let Us Help You
And don't forget:
© 1996-2021, Amazon.com, Inc. or its affiliates