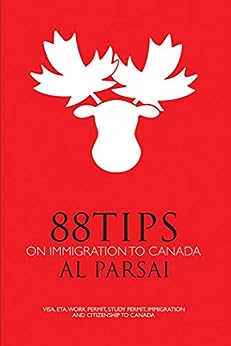 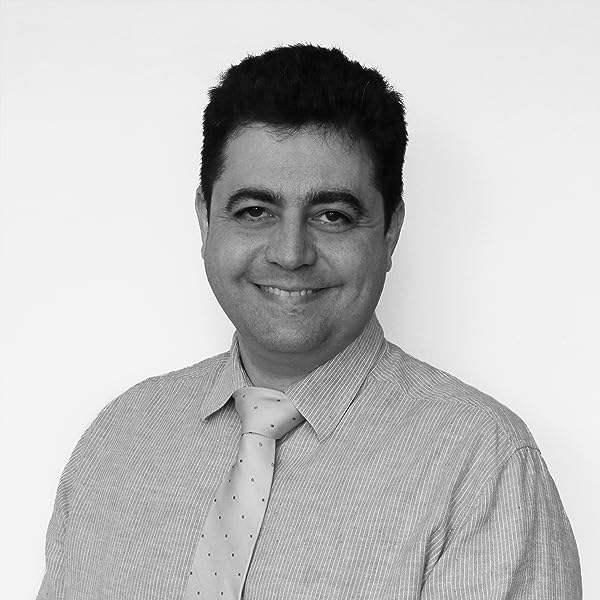 by Al Parsai (Author) Format: Kindle Edition
See all formats and editions
Sorry, there was a problem loading this page. Try again.
If you intend to visit Canada, study or work in Canada, immigrate to Canada, or become a Canadian citizen, you need to go through an application process. A typical application includes submitting some forms and documents to the immigration authorities. Some applications, however, mandate you to attend a phone or face to face interview with an immigration or border services officer. Most of the immigration applications are time-consuming and nerve-racking. Several laws, policies, and procedures govern immigration applications. Many of them, such as inadmissibility rules, are complex or ambiguous. Even when you submit a simple eTA application, you need to answer questions about these complex aspects of immigration. Al Parsai is a Regulated Canadian Immigration Consultant. He also teaches the immigration diploma courses at Ashton college and the Global School of Corporate Excellence. Al has eight years of work experience as an immigration consultant and more than 22 years of experience as an author and educator. He has dealt with hundreds of visa and immigration applications. His clients have been from more than 35 different countries so far. The combination of hands-on experience and the teaching abilities gives Al the edge to write and publish this book. This book is a unique text that explains many concepts of visa and immigration in simple and understandable terms. By reading this book, you will enter the world of immigration to Canada. The book offers you 88 different tips on immigration to Canada. If you read them carefully, you will learn about your options and obstacles. Since this book is a condensed version of what Al knows about the Canadian immigration system, it could save you hundreds of hours of wandering the internet for answers. The book is easy to read. It is full of valuable tips. Read this book and seize the opportunity of knowing how you could move to the most welcoming country in the world.
Read more
Previous page
Next page

Al Parsai, the CEO of Parsai Immigration Services, is a Regulated Canadian Immigration Consultant and a member of CAPIC and ICCRC. He has represented hundreds of clients from more than 35 countries to immigration authorities at the federal and provincial levels since January 2011. Al is a lecturer at Ashton College – Vancouver and the Global School of Corporate Excellence in Toronto. He is the author of 88 Tips on Immigration to Canada.

Al holds a Master’s degree in counselling psychology, a certificate with honours in the Immigration Consultant program, and a bachelor’s degree in Mechanical Engineering. As a Regulated Canadian Immigration Consultant, Al strives to serve his clients to immigrate to Canada, sponsor loved ones, get study permits, get temporary work permits, and be represented at the Immigration Refugee Board hearings. Al has written more than 1000 articles or blog posts about immigration to Canada. Some of his pieces have appeared on Canadian Immigrant and Newcomer magazines.

Ria Abesamis
5.0 out of 5 stars Lots of useful and practical info!
Reviewed in Canada on 19 May 2020
Verified Purchase
Great read whether you're thinking of migrating to Canada or becoming an immigration consultant. Lots of useful and practical information. So glad I bought this book. It's very interesting, I finished the book in one sitting! You will definitely want to keep this book for future reference, and I'm sure AL Parsai will provide updates should changes occur in the immigration process. Thanks AL for this great book!
Read more
Report abuse

Farid Ahmad
5.0 out of 5 stars Well explained tips & considerations
Reviewed in Canada on 18 February 2020
Verified Purchase
This book is full of tips and considerations that are well explained and relevant. I didn’t think I needed this much, until I started reading through it - the in depth explanation of point systems without the jargon was very much appreciated. Al did a great job with this one, I highly recommend this book for anyone seeking any information on immigration law - this book is more than just helpful tips. Great read!
Read more
One person found this helpful
Report abuse

Jenny homan
5.0 out of 5 stars Great resource
Reviewed in Canada on 20 March 2020
Verified Purchase
This is a plain-language book with short, easy to understand tips that can be understood easily by advanced ESL readers. I highly recommend this book for anyone who has questions about the immigration process. You can either read it cover to cover (as I did) or you can choose the topics that interest you most.
Read more
Report abuse

Maggie
5.0 out of 5 stars great book
Reviewed in Canada on 22 May 2020
Verified Purchase
it's my instructor's book, looks good and everything seems clear!
Read more
Report abuse

SelseySam
5.0 out of 5 stars Handy for Canada immigration
Reviewed in Canada on 1 November 2020
Verified Purchase
Useful to see all the possibilities in one place.
Read more
Report abuse
See all reviews
Back to top
Get to Know Us
Make Money with Us
Let Us Help You
And don't forget:
© 1996-2021, Amazon.com, Inc. or its affiliates