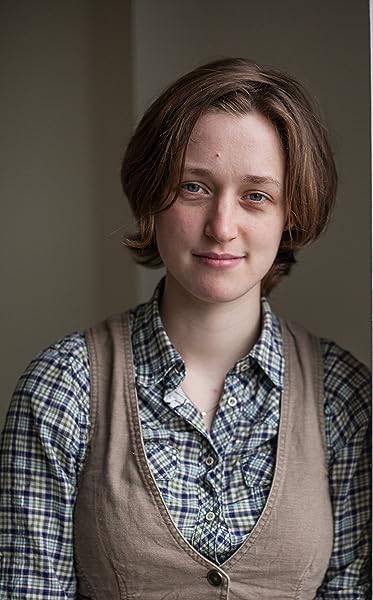 With style and voice and a wicked grip that never lets the three-way plot spiral out of control...Painted in shades of Fahrenheit 451, of Children of Men, Soylent Green and Brave New World.

A furious, confrontational book that's extremely smart...Its energy is infectious, and its ideas are fiercely provocative.

A story about the value of one human life...North is an original and even dazzling writer, and fans of her work will enjoy this grim tale of capitalism taken to a terrifying extreme.

A terrifying setting that feels rooted to the present day.... Imbued with a menace that feels both recognizable and urgent, and the decisions the characters make as a result feel uncomfortably real.

Aa vicious, engrossing portrait of unregulated capitalism carried to its logical conclusion...84K is absorbing and timely; a book to wrestle and argue with but, first and foremost, to read.

An eerily plausible dystopian masterpiece, as harrowing as it is brilliant.

An extraordinary novel that stands with the best of dystopian fiction, from Riddley Walker to Nineteen Eighty-Four to The Chrysalids, with dashes of The Handmaid's Tale.

Another captivating novel from one of the most intriguing and genre-bending novelists currently working in the intersection between thriller and science fiction.

Claire North is a pseudonym for Catherine Webb, a Carnegie Medal-nominated author who has written numerous young-adult novels and several successful fantasy novels for adults in the Matthew Swift and Magicals Anonymous series under the pseudonym Kate Griffin.

Peter Kenny, an AudioFile Earphones Award-winning narrator, is a talented and experienced actor, voice-over artist, singer, musician, and designer, with over twenty-five years of experience working in theater, film, television, and audio. He has achieved great critical acclaim for multicharacter recordings of audiobooks by authors such as Iain Banks, Christopher Priest, and Edmund St Aubyn.