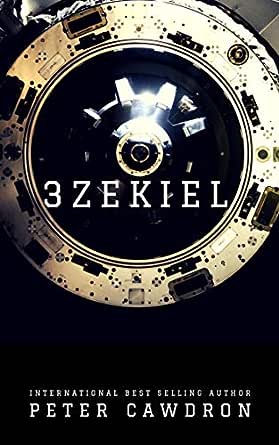 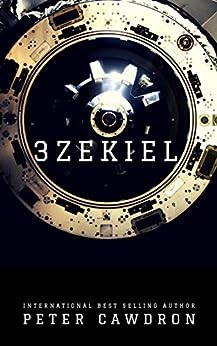 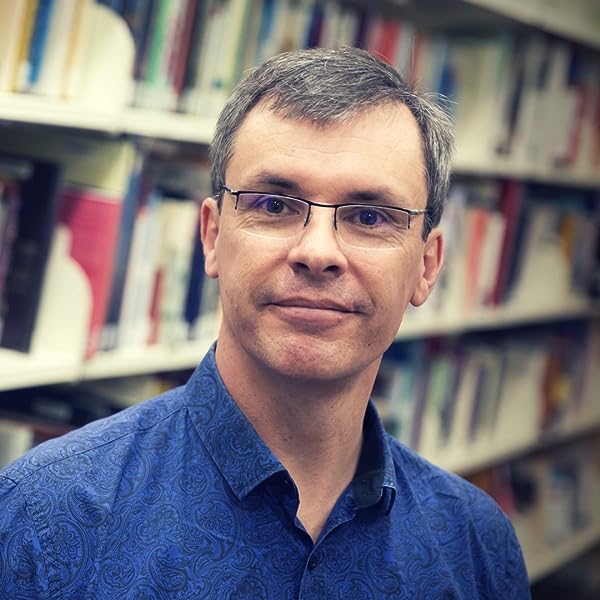 Deep within the Congo, a team of scientists prepares for the greatest event in the history of humanity, making First Contact with an intelligent extraterrestrial species, only the jungle is no place for doubts.

Christos Karalis
5.0 out of 5 stars Thought provoking
6 November 2019
Format: Kindle EditionVerified Purchase
Peter's latest story location is surprisingly unusual for a hard science fiction story. The place is earth, the heart of Africa, but the environment might as well be alien for the majority of us. Incredibly well written, I found it a bit darker than previous books, and lack of parallel story telling kept the suspense high until the last page. As always, the characters were complicated individuals that you can relate to. Some might appear momentarily and still affect the story outcome with their presence. A great read that will keep you thinking about it for weeks after.
Read more
Helpful
Comment Report abuse

Maree
5.0 out of 5 stars Good stuff Mr Cawdron
8 February 2020
Format: Kindle EditionVerified Purchase
I am writing this for myself because good science fiction is a little hard to come by ( a little selfish but what the he'll ) . So I like when writer's use a little scientific truth mixed with the fiction , it makes for a much more believable story when thrown in with a good plot . Also when closer to present times and good character's are combined I become so involved that I feel that I'm right there in the story . Please keep the books coming Mr Cawdron .
Read more
Helpful
Comment Report abuse

Chris
5.0 out of 5 stars Thought provoking
29 January 2020
Format: Kindle EditionVerified Purchase
Another interesting exploration of a possible response of the human race to first contact with an alien race. I doubt humans will EVER be able to a coordinate a global response !
Read more
Helpful
Comment Report abuse

Slothdad
3.0 out of 5 stars Enjoyable but slow at times.
1 January 2020
Format: Kindle EditionVerified Purchase
I enjoyed the story although some introversion went on longer than I like.
Just jump ahead a bit and you're back into the story.

Jas P
TOP 500 REVIEWER
5.0 out of 5 stars A Powerful Story of a Journey of Discovery to reach First Contact!!
25 August 2019
Format: Kindle Edition
3ZEKIEL is another Cawdron masterpiece, it follows the lives of an eclectic group in a small village in Africa following the arrival in orbit of an Alien Space Craft. The story is mainly seen from the point of view of Josh, the 16yr old son of the local Missionary at the small village. Josh is friends with a local African girl Jana when a party arrives to set up for the arrival of the Aliens. The Aliens have built a ‘Space Elevator’ in geosynchronous orbit over Earth, and the ladders drop point is not far from the village. As such, the village becomes a focal point.
The team that arrives is made up of US Navy Seals and US Scientists. Josh is assigned a ‘Watcher’ a Seal named Garcia, being the US Missionaries Son, but he also becomes interested in two Scientists on the team, an Indian nicknamed ‘Pretzel’ as no one can pronounce his real name, and an American named Angela.
The story follows Josh and this group of Garcia, Jana, Pretzel and Angela as they go to set up some sensors at some nearby bat caves that Jana and Josh know of that can provide some valuable information for the scientists.
The story is a combination of hard sci-fi with some incredibly detailed research on the jungle, the creatures within, the possibility of Alien contact, Astronomy, and a myriad of other topics. Each step of this story has been meticulously researched so that as you read, you get to enjoy some incredible facts as well, making this an utterly fascinating story.
Without giving away spoilers, the group come across African Gorillas as one stage, and this part of the story is utterly mesmerising in its detail, Cawdron creates so much power and beauty in his story telling, you really feel like you are there with these incredible creatures.
Of course, the real bonus in any Cawdron story is the exceptional Character work. Cawdron has become a true master at creating powerful Character driven stories, and 3ZEKIEL is another example of his superior work. The Character of Josh is not just a typical youth as you would expect from a Missionaries son, who has been dragged around the world to different places, by a Father with a colourful background. His Character is engaging, intelligent, and yet, as all 16yr old boys are want to be, flawed at various stages. Jana is a vibrant young woman, who is fascinating, and totally enchanting, and yet, there is a lot of mystery about her. Pretzel is an enigma, hilarious, he is like a walking Google, but he is also wise, knowing how to implement that knowledge. Angela is just brilliant, a total genius. Garcia is as tough as they come, but under the hard shell, there is a gentle soul.
Each of these Characters has so much detail, so much depth, you feel like you know each of them personally.
Added to this is this amazing landscape. Cawdron walks us through this world that most of us will never have seen, and makes it like we are sitting there, reading the book from the grass at the front of the village, feeling the heat, with the canopy of the trees overhead, and the soft breeze tickling our skin. As the story moves along, we move with it, and we understand every bit of terrain that the group crosses, or touches, we are there, feeling it, smelling it, the world building is stunning.
I don’t want to give too much away about the story, I don’t want to give away any spoilers, the story is breathtaking, wondrous, exciting, powerful and at times, terrifying and heartbreaking. But at all times, you will be utterly engaged, unable to but down the book. This is not just a book about Alien First Contact, it is about a Journey of Discovery, Knowledge, Understanding of Hope. It is one of the best stories I have read this year, and is very thought provoking and powerful, I highly recommend it for anyone who loves a Good Sci-Fi story, a Good Adventure, or just a Good Read.

Kindle Customer
5.0 out of 5 stars Top story well worth a read
12 September 2019
Format: Kindle Edition
Only 1% of us leave a review which is shame. Peter again blends fact with fiction to deliver a captivating and unputdownable “book” worthy of being printed; there is a huge market in e-books and these days one should realise that paper might not necessarily be the way of the future for all authors whether they like it or not.......just read some science fiction if you don’t believe me!
Read more
One person found this helpful
Helpful
Comment Report abuse

Carlien
5.0 out of 5 stars Great book
28 September 2019
Format: Kindle Edition
I love sci-fi that is based on reality and I felt drawn along in this story. Josh and the others are great characters and seem to be true to themselves. It does ramble occasionally but I enjoyed it and will look for more by this author.
Read more
Helpful
Comment Report abuse

GG Walker
5.0 out of 5 stars A wonderful story
22 December 2019
Format: Kindle Edition
A novel that develops characters that engage the reader while also investigating a first contact scenario; both from the viewpoint of international reactions and how an alien race would work toward first contact.
Thank you, thought provoking and strangely uplifting.
Read more
Helpful
Comment Report abuse
There are 15 customer reviews and 16 customer ratings.
See all 15 customer reviews
Write a customer review

Go to Amazon.com to see all 493 reviews 4.6 out of 5 stars
Get FREE delivery with Amazon Prime
Prime members enjoy FREE Delivery and exclusive access to movies, TV shows, music, Kindle e-books, Twitch Prime, and more.
> Get Started
Back to top
Get to Know Us
Make Money with Us
Let Us Help You
And don't forget:
© 1996-2020, Amazon.com, Inc. or its affiliates