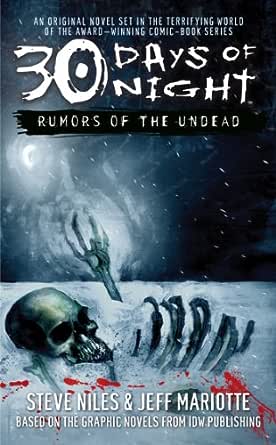 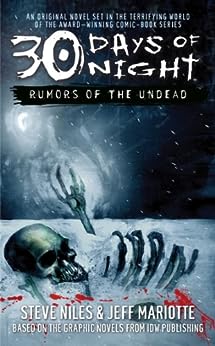 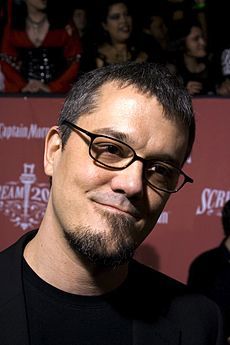 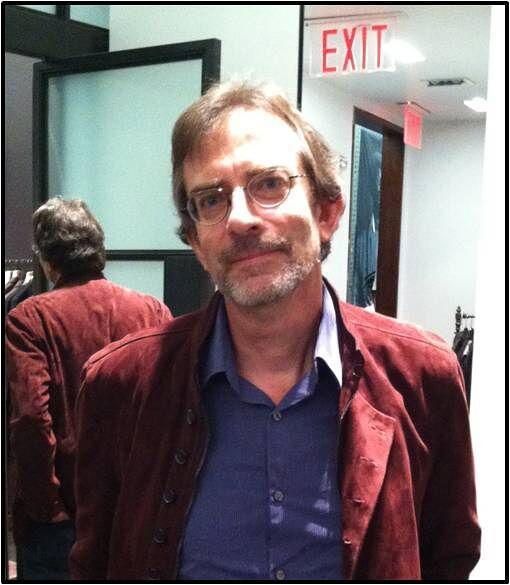 30 Days of Night: Rumors of the Undead Kindle Edition

"If you have a taste for the real stuff of horror fiction, you'll find it in 30 Days of Night."

-- Clive Barker, for the award-winning graphic novel --This text refers to an out of print or unavailable edition of this title.

Jeff Mariotte is Senior Editor at D.C. Comics and creator of the cult comics Desperadoes and Countdown. An experienced tie-in author, he has written novels for Angel, Star Trek and CSI. Before he became a writer he was a partner in a speciality bookstore, Mysterious Galaxies, which his wife still runs. --This text refers to an out of print or unavailable edition of this title.

Random Amazon Customer
4.0 out of 5 stars Another 30 Days of Night
Reviewed in the United Kingdom on 22 September 2007
Verified Purchase
30 days of night started as a graphic novel series of horror comics, which I have read. The events of this book take place after the events in the graphic novels and the (forthcoming in October 2007) movie.

I liked this book. I'm not a great horror reader, but I do like books about vampires (maybe because I'm writing one). This takes away all romantiscm surrounding vampires in some books. These guys are not tall, dark, hunky heartthrobs. These guys are unattractive, razor-toothed, killing-machines, who basically see humans in one way only - dinner.

So, this is set between the movie and the next book in the series - Immortal Remains. There are characters from the graphic novels in there as well as characters from the next book. I really don't want to say much and spoil the rest of the books, so you will just have to read them and find out. I will say that this book, mostly reads from the point of view of a human character, and as the title says, there are 'rumours of the undead' so not so many actual vampires around. The next book is from the point of view of a vampire, and there is much more vampire activity in that one. Enjoy!
Read more
2 people found this helpful
Report abuse

MikeJ
2.0 out of 5 stars Book was in rougher shape than I expected
Reviewed in Canada on 23 May 2020
Verified Purchase
Cover had tears and bends, spine was cracked, pages discolored. Based on its description I was expecting something a little less the worse for wear so I wasn't thrilled with the purchase. The book itself is enjoyable and I recommend it to fans of the franchise but I'll likely hunt down a copy in better shape to keep in my collection.
Read more
Report abuse

Elizabeth
4.0 out of 5 stars Great condition
Reviewed in the United States on 12 May 2020
Verified Purchase
I bought this book for my son for his upcoming birthday. Great price and fast shipping. Book was in great condition.
Read more
Report abuse

Amazon Customer
3.0 out of 5 stars Is what it is
Reviewed in the United States on 27 August 2019
Verified Purchase
I picked this up because I was feeling nostalgic for the first time I read the book. It's worth the read if you like the subject matter but it's not the best written book you'll ever read.
Read more
Report abuse

JoAnne D.
4.0 out of 5 stars Pleasantly surprised.
Reviewed in the United States on 20 August 2018
Verified Purchase
Big fan of the movie, but didn't know to expect from the book. Couldn't put it down. Can't wait to read the next book in the series.
Read more
Report abuse
See all reviews
Back to top
Get to Know Us
Make Money with Us
Let Us Help You
And don't forget:
© 1996-2021, Amazon.com, Inc. or its affiliates