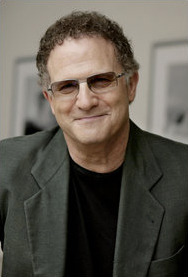 by Albert Brooks (Author)
3.8 out of 5 stars 331 ratings
See all formats and editions
Sorry, there was a problem loading this page. Try again.

June 12, 2030 started out like any other day in memory—and by then, memories were long.  Since cancer had been cured fifteen years before, America’s population was aging rapidly.  That sounds like good news, but consider this: millions of baby boomers, with a big natural predator picked off, were sucking dry benefits and resources that were never meant to hold them into their eighties and beyond.  Young people around the country simmered with resentment toward “the olds” and anger at the treadmill they could never get off of just to maintain their parents’ entitlement programs. But on that June 12th, everything changed: a massive earthquake devastated Los Angeles, and the government, always teetering on the edge of bankruptcy, was unable to respond.  The fallout from the earthquake sets in motion a sweeping novel of ideas that pits national hope for the future against assurances from the past and is peopled by a memorable cast of refugees and billionaires, presidents and revolutionaries, all struggling to find their way.  In 2030, the author’s all-too-believable imagining of where today’s challenges could lead us tomorrow makes gripping and thought-provoking reading.
Read more
Previous page
Next page

ALBERT BROOKS is among the most inventive practitioners of motion picture comedy, as well as one of its most incisive commentators on contemporary life. Brooks began his career as a stand-up comic, and went on to become an award-winning actor, writer and filmmaker.

Brooks has written, directed and starred in seven feature films: Real Life, Modern Romance, Lost In America, Defending Your Life, Mother, The Muse and Looking for Comedy in the Muslim World.

Brooks made his acting debut in Martin Scorsese’s 1976 classic, Taxi Driver. His other acting credits include such films as Private Benjamin, Unfaithfully Yours, I’ll Do Anything, Critical Care, Out of Sight and My First Mister. He earned an Academy Award nomination for his performance in Broadcast News. Finding Nemo, which he starred in, received an Academy Award for Best Animated Feature and has become one of the highest grossing animated films ever made.

Born and raised in Los Angeles, Brooks studied drama at Carnegie Mellon University before starting his performing career in 1968 doing stand-up comedy on network television. He began on The Steve Allen Show, later became a regular on The Dean Martin Show, and performed on such variety programs as The Ed Sullivan Show, The Merv Griffin Show, The Hollywood Palace and had over forty appearances on The Tonight Show starring Johnny Carson.

Brooks has recorded two comedy albums: Comedy Minus One and A Star is Bought, the latter earning him a Grammy Award nomination for Best Comedy Recording. His first directorial effort was in 1972 for the PBS series The Great American Dream Machine. He adapted an article he had written for Esquire Magazine, “Albert Brooks’ Famous School for Comedians” into a short film. Following this, he created six short films for the debut season of Saturday Night Live.

Brooks has been honored by the American Film Institute with a retrospective of his work at the first U.S. Comedy Arts Festival in Aspen Colorado.

He is married to artist Kimberly Brooks and has two children.

3.8 out of 5 stars
3.8 out of 5
331 global ratings
How are ratings calculated?
To calculate the overall star rating and percentage breakdown by star, we don’t use a simple average. Instead, our system considers things like how recent a review is and if the reviewer bought the item on Amazon. It also analyses reviews to verify trustworthiness.

MrsJ
5.0 out of 5 stars I love this book. Buy it!
Reviewed in the United Kingdom on 17 September 2017
Verified Purchase
Fantastic writer. Fantastic story. Loved it!
Read more
Report abuse

Franklin the Mouse
3.0 out of 5 stars Wearing Out One's Welcome
Reviewed in the United States on 19 April 2018
Verified Purchase
For decades Mr. Brooks has entertained the world with intelligent thought-provoking satire through television and film. The bright-colored cover belies a disheartening story. The first half of '2030' was interesting in his extrapolations of what might occur not far down the road. Many of the issues revolving around healthcare and the waning power of the United States seem plausible. However, the story was delivered in a bland manner. It felt more like I was reading a script that would only truly shine if the thing was portrayed by actors. I honestly don't know how one author can arrange words in a manner that makes a story captivating while another author telling the same story would create a dull tale. For me, in 2030's case, it's the latter. I did not care two spits about any of the characters in the story.

At its core, '2030' is about mortality and is it possible for a nation to have too much of a good thing? Technological advances in medicine have extended the lives of many. Back when I was growing up in the nineteen-sixties and seventies, it was notable when someone died in their eighties or nineties. Now when I look at the obituaries they overwhelmingly feature octogenarians and septuagenarians. Mr. Brooks simply applies the medical community's predictions that people will soon be living to be over a hundred. The author covers such things as healthcare, the national debt, old people living so long that they become a financial burden to younger generations, the privatization of healthcare, nuclear war, assisted suicide, how would our country handle a major catastrophe such has the complete destruction of Los Angeles because of a record-breaking earthquake, political as well as oligarchic machinations at the expense of the poor and needy, and China's ascension into the most powerful nation in the world. They are all valid issues but, sadly, the author's bland delivery couldn't keep my attention.

You may find Mr. Brook's writing style engaging. Unlike me, others who reviewed his book loved it. At the very least '2030' will make you think.
Read more
3 people found this helpful
Report abuse

artnoize
5.0 out of 5 stars I (heart) Albert Brooks.
Reviewed in the United States on 17 November 2016
Verified Purchase
This is a realistic sci-fi peek at a particular historical timeline involving US history- a convergence of technological & supernatural forces that reshape the United States in a not too distant future.
Written in 2011, Brooks takes us on a tour of technological changes that reshape American society- plus a full blown natural catastrophe. The protagonist of the novel is the president of the United States, the tragedy is Los Angeles. Many issues to ponder in this scary, yet humorous book.

And they kissed and kissed again and both felt as if they were blessed by God, though neither believed there was one.

It’s amazing how fast you can turn on someone when he disappoints you.

T. Connor
1.0 out of 5 stars Boring
Reviewed in the United States on 19 May 2018
Verified Purchase
I'm going to finish this book against my better judgement. I am probably 3/4 through it. It started off with a good idea, but the story is boring. Perhaps it is too close to the truth. The young American people are apathetic and unable to create change "Waiting for the World to Change," instead of taking any action to change it. The older generation seems unable to see their own narcissism and doesn't care about what happens to future generation, their own children, grandchildren. The idea that the Chinese would save America and love Americans is fantasy at its worst. More of the someone else will fix the great big mess that I made. Overall it is a depressing book with no heroes. All the characters with the exception of the Chinese are inept. It reminds me of the old Native American stereotypes of the noble savage, where the people are not allowed individuality. Why would there not be Chinese who would be against helping America? Why should they be bothered with our problems? If they fix LA then wouldn't they want to live in it and kick out the Americans. The idea that the Americans wouldn't object to the Chinese being part owners of LA is accurate to a degree, there would be a segment against it. It would have been way more interesting if the author had created more conflict. Maybe his point was that Americans are apathetic? I don't know, but it doesn't make for a very page turning story.
Read more
2 people found this helpful
Report abuse
See all reviews
Back to top
Get to Know Us
Make Money with Us
Let Us Help You
And don't forget:
© 1996-2022, Amazon.com, Inc. or its affiliates