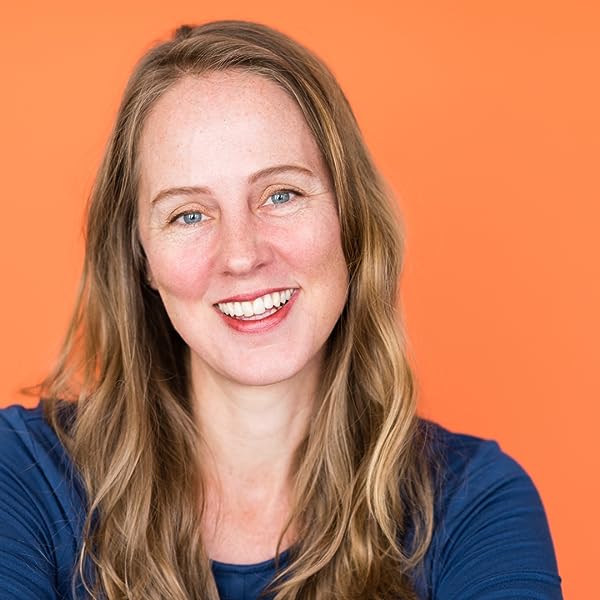 by April Davila (Author)
4.3 out of 5 stars 91 ratings
See all formats and editions
Sorry, there was a problem loading this page. Try again.
Set against the unexpected splendor of an ostrich ranch in the California desert, April Dávila's beautifully written debut conjures an absorbing and compelling heroine in a story of courage, family, and forgiveness.

When Tallulah Jones was thirteen, her grandmother plucked her from the dank Oakland apartment she shared with her unreliable mom and brought her to the family ostrich ranch in the Mojave Desert. After eleven years caring for the curious, graceful birds, Tallulah accepts a job in Montana and prepares to leave home. But when Grandma Helen dies under strange circumstances, Tallulah inherits everything—just days before the birds inexplicably stop laying eggs.

Guarding the secret of the suddenly barren birds, Tallulah endeavors to force through a sale of the ranch, a task that is complicated by the arrival of her extended family. Their designs on the property, and deeply rooted dysfunction, threaten Tallulah's ambitions and eventually her life. With no options left, Tallulah must pull her head out of the sand and face the fifty-year legacy of a family in turmoil: the reality of her grandmother's death, her mother's alcoholism, her uncle's covetous anger, and the 142 ostriches whose lives are in her hands.
Read more
Previous page
Next page

April Davila received her master's degree in writing from the University of Southern California. She is a member of the Squaw Valley Community of Writers and a past resident at the Dorland Mountain Arts Colony. Her blog, at aprildavila.com, was recently listed by Writer's Digest as one of the 101 Best Websites for Writers. A fourth-generation Californian, she lives in La Canada Flintridge with her husband and two children. She is a practicing Buddhist, half-hearted gardener, and occasional runner. 142 Ostriches is her first novel.
Start reading 142 Ostriches on your Kindle in under a minute.

April Dávila received her undergraduate degree in biology from Scripps College before going on to study writing at USC. She was a resident of the Dorland Mountain Arts Colony in 2017 and attended the Squaw Valley Community of Writers in 2018. A fourth-generation Californian, she lives in La Cañada Flintridge with her husband and two children. She is a practicing Buddhist, half-hearted gardener, and occasional runner. 142 Ostriches is her first novel.

Gerard Spicer
5.0 out of 5 stars 142 Ostriches
Reviewed in Australia on 14 April 2020
Verified Purchase
‪Great characters. I hope this fast paced, full length novel gets made into a movie. ‬
‪I can't comment on the writing. I didn't notice it. I wasn't sitting in a chair at home, I was there in the story. A young woman's family goes through a traumatic time which could have broken her, but instead forms strong character, establishing her in a new path. ‬
Read more
Helpful
Report abuse

Ellie
4.0 out of 5 stars Very likeable!
Reviewed in Australia on 22 March 2020
Tallulah's maternal Grandma Helen stepped in and took her from her negligent mother when she was a teenager. Tallulah finished growing up on her grandmother's ostrich farm, helping with all the daily chores and slowly taking over more and more of the physical tasks. She feels stifled and unsettled, but when she finally gets her chance to leave Grandma Helen dies suddenly and leaves the farm to Tallulah. Tallulah immediately comes under pressure from the differing expectations of her Grandma Helen's three children (Tallulah's alcoholic mother, capable and very fertile Aunt Christine, and drug addict Uncle Scott - each with their own agenda), as well as her boyfriend, Devon. This book is about family ties: the emotional ones that are hard to break even when they are unhealthy, and the strengthening of other bonds under pressure. The backdrop is the farm and its ostriches, and even the ostriches are affected by the change that Grandma Helen's death has brought. I loved the passages about the ostriches and even though I felt as though I was given enough information about the farming of them for their eggs and snippets of personality of a few of them, I wish there had been a little more about them.

I really enjoyed the book. I would recommend it to anyone who likes books about complex family dynamics.
Read more
Helpful
Report abuse
See all reviews

Syl B
2.0 out of 5 stars Unlikeable characters
Reviewed in the United Kingdom on 31 August 2020
Verified Purchase
Easy to read but I felt the story was poor and many of the characters unlikeable as they were cold and unloving. Not to my taste I’m afraid.
Read more
Report abuse

LCG
5.0 out of 5 stars A wonderful story
Reviewed in Canada on 4 July 2020
Verified Purchase
This is one beautiful story that left me sad because it was ended. I wanted more. I will just encourage everyone to read it. Congratulations to this wonderful author. You have a great heart.
Read more
Report abuse

Juan R. Davila
5.0 out of 5 stars Reluctant hero accepts her challenge and finds herself and her destiny.
Reviewed in the United States on 10 April 2020
Verified Purchase
This is one beautiful piece of literature set against the stark beauty of the Mojave desert. If I were to design the cover of the book, I would have the silhouette of Tallulah, standing, looking out into the sunset, her Stetson hat on, a rifle leaning agains her hip, and on the other side Abigail, the ostrich, slightly leaning towards her. Loved how I was gradually discovering who Tallulah was, her background, her memories, dreams and reflections, smoothly interlaced with an action that captured me with suspense and anticipation. The prose itself is crystal clear, and rolls so gently like the dunes of the desert. I was astonished by the conflict of several characters' histories, motivations occurring within the frame of that sere landscape. There is an enormous contrast between the serenity of the desert and the events of the novel. I was carried from ordinary heart breaks to tragedies, and final awareness and triumph for Tallulah, without feeling that any of that disrupted the general landscape of beauty and lone courage in the book.
Read more
3 people found this helpful
Report abuse

Mnurse
4.0 out of 5 stars A surprising & wonderful book!
Reviewed in the United States on 19 August 2021
Verified Purchase
Tallulah has been working for years as her grandmother's assistant on her ostrich ranch when she dies, suddenly. Determined to sell the ranch & find her own path in life, she meets resistance & resentment from almost everyone in her life. Most aggressive is her Uncle Scott, A recovering meth addict. As she struggles through the difficult days after her grandmother's accident, Tallulah comes to some very unexpected conclusions. This is a riveting & absorbing story about love, family & adulthood that goes by faster than a speeding ostrich - which is pretty fast!
Read more
Report abuse

Carol N. Cronin
5.0 out of 5 stars 142 reasons to read this book
Reviewed in the United States on 28 February 2020
Verified Purchase
There are 142 reasons to read April Davila's debut novel, starting with a chance to taste and feel the desert without actually having to leave the coast. Set on an ostrich farm, this page-turner of a book explores all the pluses and minuses of family life and ends happily, even though the girl doesn't get the guy. Though slightly predictable, it's highly recommended for anyone who loves slightly gritty fiction and being transported to another world.
Read more
2 people found this helpful
Report abuse
See all reviews