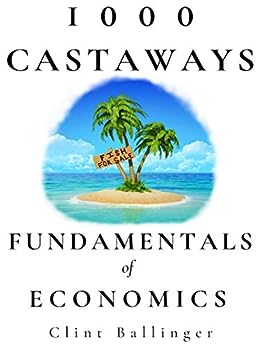 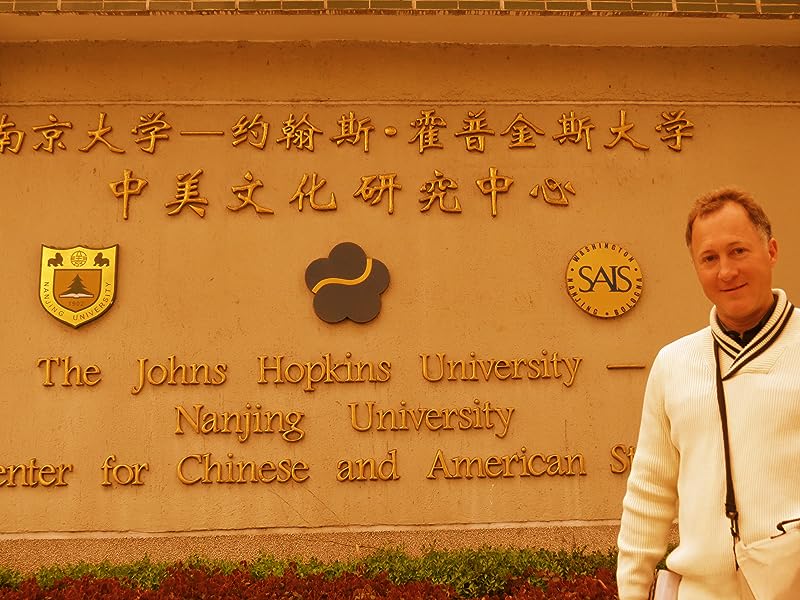 "MMT in a nutshell!"

"This book provides an easily accessible window on a macroeconomic perspective that differs substantially from the mainstream - it differs the most in that it accurately describes the way our monetary system works and how we can take advantage of that to optimize our economy for the greatest benefit to all. While the book doesn't use the terms "endogenous money", "horizontal and vertical money", "sectoral flows and balances", or "job guarantee", it discusses all of these topics and more in easy to grasp language. Whether you are new to the topic of Modern Monetary Theory (MMT) or just looking for another way to spread the word, 1000 Castaways will be a great addition to your library!" Christina S.

"Distilling 9000 years of economic evolution into a mere 5 chapters is an incredible feat. Describing the story of this evolution in a small enough scale to actually hold it in your mind all at once is just brilliant. Kudos to Mr. Ballinger!" Jerimiah

Clint Ballinger began his interest in economic development in the very long run while at The University of Texas at Austin. While there he worked with the World's oldest accounting tokens (Mesopotamian, 8000-3500 BC) under Denise Schmandt-Besserat and researched the development of both State and credit-money with a special interest in the debt-deflation work of Irving Fisher. For his M.A. in Political Science at The University of North Carolina at Chapel Hill he focused on modern uneven economic development, and went on to specialize in the interpretation of global econometric data for his PhD in Geography at Cambridge University. --This text refers to the paperback edition.

Mr. P. Waller
5.0 out of 5 stars Very insightful
Reviewed in the United Kingdom on 31 July 2021
Verified Purchase
I am very aware of MMT so was under no illusion how this book would read for me. The fact that it uses the analogy of a 1000 castaways on an island to deconstruct how the money system literally works or should I say, how it "should" work.
MMT changed my world view.
Hopefully it will change yours too.
Read more
Report abuse

Justin Pitcock
4.0 out of 5 stars Simple and interesting origin story for MMT
Reviewed in the United States on 7 May 2019
Verified Purchase
Modern Monetary Theory (MMT) is gaining steam in academic and political circles and Dr. Ballinger does a good job giving the theory an origin story. Through the tale of an island with 1000 castaways, he paints a picture of both the origin and the workings of an economy as MMT describes it. It’s easy to follow and hits the wave tops without getting overly technical.

The weak spots are some of the same criticisms lodged at MMT in general. As Cullen Roche puts it “MMT has an excessively state-centric view of the world. The entire theory can be summarized as an excuse for government spending and a government job program.” While state-centrism is reality and thus 1000 Castaways paints an accurate picture on that front, the book misses the chance to fully address the lack of fiscal and monetary policy coordination that is today’s reality.

The section on quantitative easing (QE) at the end misses the mark as well by stating that it did nothing to stimulate the economy. Even if you believe the QE artificially inflated asset prices to stimulate the economy, which it did, it’s hard to miss the irony of saying that it doesn’t work in a book about a theory that proposes artificially inflating everything else. That’s what fiscal spending does. Of course, we’d rather inflate wages and food in people’s bellies than asset prices, but the mechanism works similarly.

Overall, this is a good foundation for the MMT origin story. Ballinger’s island could become analogous with Adam Smith’s butcher, brewer, and baker who had a surplus and needed an instrument with which to trade. It’s a great work and could be important as MMT is further debated.
Read more
Report abuse

Rolf S. Arvidson
5.0 out of 5 stars Much more than you think: this economics primer is one everyone can understand -- and should.
Reviewed in the United States on 25 May 2019
Verified Purchase
Like Warren Mosler's books, this book is one everyone can and should read; it's easily consumed in a single sitting. Brevity is a great thing, and Ballinger shows how less is more in a colorful and apolitical primer of key economic concepts. The book never bogs down in abstruse details, but cleverly uses a simple, lay narrative to illuminate distinctions and interactions between private and public debt. There's no reason not to buy it: the Kindle version costs no more that a Starbucks latte, and gives much greater long-term satisfaction.

The book has two parts. In the first, a simple island model (the castaways) illustrates basic concepts; the second part addresses the real world. The book closes with brief notes on historical evolution of trade and national economies (Ballinger is a social scientist with a geography PhD), and references to related work.

What I liked most: Ballinger usefully distinguishes between Horizontal Money and Vertical Money. In the island, a system of debt ("promises to pay") arises spontaneously in response to the myriad problems individuals face in island survival. This system further evolves with the recognition that such promises can be transferred, and held by trusted groups (think: banks) acting as intermediaries, middlemen. A key component of economic growth and prosperity is born: credit. But the real value of "Horizontal Money" is what it permits: a system of trust, allowing individuals to profitably interact with another, create capital, maximize available resources, undertake specialized, productive endeavors.

The above private system is limited, however. It provides no easy means of accomplishing tasks or providing goods that benefit all, but for which no individual is willing (or able) to bear the burden: health, safety, education, knowledge, protection, infrastructure and other capital improvements. But production of these goods would catalyze the private system, allowing the island's aggregate prosperity to grow far more than the sum of its private parts allow. To accomplish these projects, the islanders can supply labor, for which their contribution is recorded ("tax credits", or "Vertical Money"). The two money systems are melded by denominating the "promises-to-pay" (horizontal) system of debts and credits in the same (vertical) units of "tax credits". Progress!

With the these insights in hand, Ballinger evaluates how these systems interact in our real economy. A key point: many of our current problems derive not from inherent structural limitations of our economy, but from a misunderstanding of how it really operates, a confusion that poses severe obstacles to prosperity. It's a super book. The endnotes briefly touch on trade relationships, the export of high tech goods and the positive, agglomerative effects such export induces (in contrast to unsustainable export of raw materials): these insights are spot on.

I hope this simple book reaches a wide audience: we all deserve the benefit of the insight it provides.
Read more
Report abuse

Darren
5.0 out of 5 stars EXCELLENT INTRODUCTION TO ECONOMICS
Reviewed in the United States on 15 January 2020
Verified Purchase
Clint Ballinger writes an easy to understand excellent introduction to economics. He uses metaphors and fables to explain how modern money developed over the centuries and how two different monetary systems became one. Both still exist today.
Read more
Report abuse
See all reviews
Back to top
Get to Know Us
Make Money with Us
Let Us Help You
And don't forget:
© 1996-2021, Amazon.com, Inc. or its affiliates