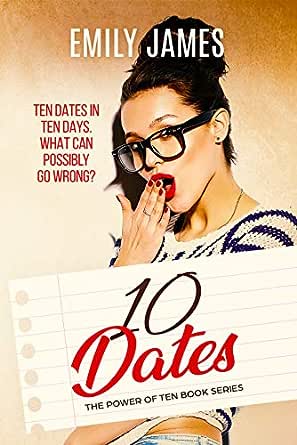 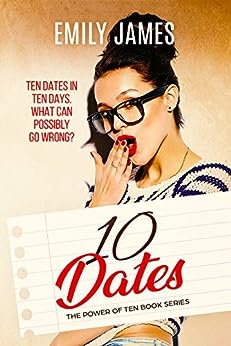 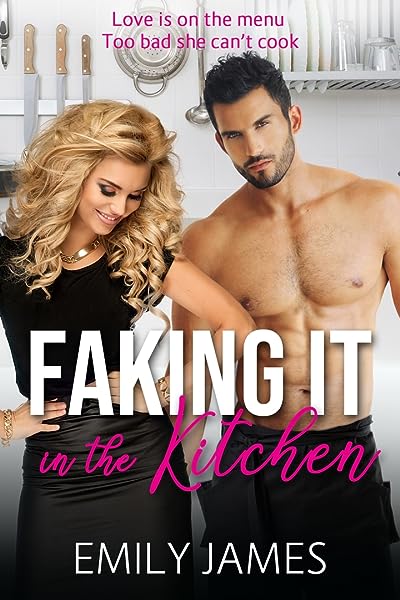 4.4 out of 5 stars
4.4 out of 5
537 global ratings
How are ratings calculated?
To calculate the overall star rating and percentage breakdown by star, we don’t use a simple average. Instead, our system considers things like how recent a review is and if the reviewer bought the item on Amazon. It also analyses reviews to verify trustworthiness.

Teshe
TOP 500 REVIEWER
5.0 out of 5 stars Wickedly funny!
Reviewed in Australia on 22 February 2018
Verified Purchase
Just loved Emily's book. I found it truly hilarious in many places and just adored the rapport between Four and Six as well as the sticky dating situations poor Four got herself into. Felt for her as been there done that. Just so funny and didn't want it to end. But alas like everything it did come to an end. Do yourself a big favor and check out this book!!!!
Read more
2 people found this helpful
Helpful
Report abuse

Romanceaholic
5.0 out of 5 stars Cute and funny!
Reviewed in Australia on 3 November 2020
Verified Purchase
I really liked this book, it was cute with a little bit of angst. It reminded me a bit of Bridget Jones, with a little bit of calamity thrown in with the romance.
Read more
Helpful
Report abuse

Janine Taylor
4.0 out of 5 stars Self under rating!
Reviewed in Australia on 12 April 2020
Verified Purchase
Quite fun and an interesting mix of very close friends and a heroine who is rather insecure. Quite an enjoyable story. I will read more of this author!
Read more
Helpful
Report abuse

Joanie has just found out the man she thought she wanted to marry, was not all he seemed, so rather than let her dwell on thing too much, her well meaning friend, Melinda, decides the best thing for her friend is to have 10 dates in 10 days. As each date unfolds you wonder how Joanie survives them, as each one is more ridiculously funny than the others. Throw in a sexy next door neighbour and you have one hell of a story. The sarcastic and sexy banter between the two is absolutely the funniest thing I have read in a long time. If only you could see what is right under your nose. With well meaning friends who needs enemies?

I was thoroughly entertained from the very beginning until the very end. This is one hysterical and sweet romantic read that you will not want to miss. Grab a drink and be prepared for a fun and entertaining afternoon. I highly recommend this book as a must read.

The scene is set.
New Years Eve.
This will be the biggest moment of your life.
Your boyfriend is finally going to propose.
You have been waiting for it.
With your best friends by your side to support you in this life altering moment.

But it all goes horribly wrong.
He was never there to propose.
He had other ideas.
Your big moment, your dreams……Shattered.

This is Joans story.

Brokenhearted and alone, Joan’s love life is in ruins.
After The events of her supposed engagement party, Joan is left devastated.
Her heart heavy.

But her best friend Melinda comes up with a plan.
A plan that can’t possibly go wrong.
It’s fool proof.
The plan……….

10 men.
10 dates.
One for every day.
Surely Joan can find her soul mate amongst a group of men.

But there is one man Joan only seems to have eyes for.
He’s dark, dangerous and sinfully delicious.
He’s what every woman dreams of.

Throw into the mix Joan’s neighbour………Six

I am the first to put my hand up and say that Rom-Com is normally not my thing. But guys believe me when I say this is an absolute amazing read. From beginning to end I couldn’t put it down. It’s warm, lighthearted, fun, edgy and all things delicious.
The one liners are brilliant.
The characters are hilarious.
The story…..Simply put…..AMAZING.

If fun loving with a whole lot of naughty is your thing, then do not look past this.
You will not be disappointed.

10 Dates: A fun and Sexy Romantic Comedy Novel by Emily James is exactly what the title suggests, a fun, sexy romantic comedy- and it’s hilarious, engaging and very entertaining.
Joanie Fox had envisioned her future with her long-term boyfriend, which involves getting married, settling down and starting a family…. You know the whole ‘happily ever after’ thing. Just when it appears that her dream is about to become reality, it dissolves right before her eyes.
Her closest friend decides to stage the most challenging style of intervention, in the form of 10 Dates in 10 Days….. So, with nothing to lose and everything to gain, Joanie launches into quite a crazy adventure to find her Mr. Right. As the story unfolds, the hilarity begins as things don’t always go according to plan and she may find more than she had ever imagined.
This is such a great, light-hearted and fun read. I was laughing out loud quite a lot throughout the story; it really is hysterical in places.
The story is a standalone, has a great pace and a smooth flow. I read it in one sitting.
I love the way Ms. James puts together a story, the witty dialogue and the way she develops such wonderful characters- both the main and secondary characters brought so much to the story and really coax you into their world. I am looking forward to seeing what Ms. James does next.

Bec Bax
4.0 out of 5 stars What a crack up 🤣🤣🤣
Reviewed in Australia on 9 February 2020
These two made me laugh so hard I had snot!!
This story was just perfect.
Funny, charismatic, heartfelt and bloody gorgeous

Read-a-holicNic
5.0 out of 5 stars Sweet, hilarious & great!
Reviewed in Australia on 29 March 2019
Loved Four ... loved Six .... cracked up laughing a few times with all their antics. Cant wait to read Melinda's story next!!!
Read more
One person found this helpful
Helpful
Report abuse
See all reviews

Brittney Hartle
5.0 out of 5 stars My other half hated me while I read this book!
Reviewed in the United Kingdom on 21 July 2019
Verified Purchase
So, I came across this book by chance, having never read anything from Emily James before, and thank God I did! I devoured it in one sitting because even though it's now almost 2 in the morning, I didn't want to put it down. Which brings me to why my other half now hates me. He was sleeping, quite peacefully, next to me, but then, dearest Emily, had to be so damn funny. I felt it was only fair that I share every hilarious antic, line and joke with him, because 1) they were hilarious, and 2) they were hilarious! So even though he resorted to glaring at me with only one eye open, and threatening to suffocate me in my sleep, I would happily reccomend this book to EVERYONE! Totally funny, relatable characters and a sweet story!
Read more
3 people found this helpful
Report abuse

Jacqui cooke
5.0 out of 5 stars Cried tears of laughter and tears of heartbreak. Don't miss this beauty!
Reviewed in the United Kingdom on 19 April 2020
Verified Purchase
I've just finished reading this book for the second time.
It's one of my all time favourites. Along with Ten Dares and Ten Lies.
The characters are so likable and the story is hilarious from start to finish. Who wouldn't want friends like Joanie, Mike, Melinda & a gorgeous neighbour resembling Six.
Emily is such a clever writer and if you're stuck in during lockdown and wanting something to read, I promise you, this book will NOT disappoint.
Keep up the awesome work xxx
Read more
2 people found this helpful
Report abuse

Wendy Livingstone
5.0 out of 5 stars Entertaining read!!
Reviewed in the United Kingdom on 3 April 2019
Verified Purchase
This is a new author for me, but I will certainly be looking out for her work in the future. Joanie is not in a good place when her friends stage a crazy intervention and set her up with 10 dates in 10 days. This is a well written romantic comedy which is humorous, fun, entertaining and sexy read, which is not for the feint hearted. I was totally enthralled throughout and cannot wait to read more in this amazing series.
Read more
2 people found this helpful
Report abuse

Jackie Pinhorn
5.0 out of 5 stars Omg sexy, fun and flirty (hot neighbour
Reviewed in the United Kingdom on 21 May 2017
Verified Purchase
OMG loved this book, an amazing, funny, flirty romantic story. I had a great connection with the characters and the chemistry between the characters was spot on. I laughed so much through this book, was hooked from beginning to end, I didn't want it to end. Love six and four (Joanie and Ryan nicknames). Wow loved six I want him as my neighbour! (Hell yes sexy man).
Great banter between them both, love the banter. Poor Joanie though she did have a rough time with her dates.
I felt this is very well written and if you like sexy, fun and romantic read this is definitely the book for you, I truly recommend this. Well done Emily James can't wait for more.
Read more
3 people found this helpful
Report abuse

Judith
5.0 out of 5 stars There is nothing like a good laugh to lift your spirits.
Reviewed in the United Kingdom on 1 February 2018
Verified Purchase
I laughed until I cried. Brilliantly described scenes, at times I thought I was watching a movie. Emily James is a very talented comic writer who has proved how well she understands human nature. I thoroughly enjoyed this book, I can't recommend it strongly enough. I can't wait for Melanie's story.
Read more
2 people found this helpful
Report abuse
See all reviews
Back to top
Get to Know Us
Make Money with Us
Let Us Help You
And don't forget:
© 1996-2021, Amazon.com, Inc. or its affiliates